From issue 39 of The Bretton Woods Update 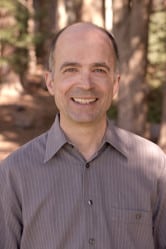 Recent trends show that the World Bank is not serious about the social and environmental policies it trumpets at global conferences. Senior World Bank staff in its India office indicated that they neither know nor care about procedures that are supposed to make its infrastructure lending socially responsible. The Bank management appears to have no interest or political will to follow their own best practice guidelines and take minimal steps to challenge the vested interests of governments and corporations which often dominate when infrastructure is built.

In the mid 1990s the World Bank almost entirely withdrew from lending to large dams after campaigners publicised the many problems with projects including the Sardar Sarovar dam on the Narmada river in India. But last year the Bank issued an Infrastructure Action Plan and a Water Sector Strategy indicating a renewed interest in supporting such projects.

Infrastructure development is urgently needed but should be done so as to meet community needs. Vested interests of politicians, governments, aid bureaucracies and equipment suppliers favour the promotion of new centralized, capital-intensive investments over the efficient management of existing infrastructure. Foreign consultants subsidised through trust funds are favoured over domestic expertise, and entrench a bias for imported equipment financed by foreign capital.

This is Washington speak

In a meeting with NGOs last November, World Bank vice president Nemat Shafik, agreed that such vested interests needed to be balanced by comprehensive, participatory and accountable processes of options assessment. Following the report of the World Commission on Dams the Bank agreed that ‘gaining public acceptance’ was an important objective and in July 2003 produced a sourcebook stating that: “stakeholder involvement and the assessment of options are important elements in the preparation of World Bank supported water resources and energy projects. Sector plans will no longer be just technical exercises undertaken solely by professionals.”

India is the largest single recipient of World Bank lending in cumulative terms, having borrowed $59 billion, including for many dams and other megaprojects. Numerous studies have demonstrated that Indian large dams have an abysmal social, environmental and economic track record. They have displaced at least 42 million people, often without rehabilitation. A 2002 Operations Evaluation Department (OED) report found that in India, “the Bank still has good reasons to be wary of projects involving resettlement”. Yet the Bank refuses to accept responsibility for the continuing impacts of the projects it has backed and is actively considering investments in new high-risk projects.

Two of the key authors of the World Bank’s infrastructure and water strategies are now based in India, where the government is very keen to get Bank support for new dam projects. They are Praful Patel, vice president for South Asia, and John Briscoe, the senior water advisor. In December 2003, the World Bank announced that it would double its lending for India within two years, and that all additional lending would likely go into infrastructure. In February a Bank official told the Economic Times: “We are identifying possible hydro projects and talks are on with power corporations.” In recent weeks Briscoe and other Bank officials visited the Narmada Sagar project, which has a record of brutal evictions, and dams in the Himalayas. The Bank’s private sector arm is also considering providing a guarantee for another project on the Narmada river, the Omkareshwar dam. This would displace an estimated 50,000 people and no environmental impact assessment has been done.

World Bank reviews of both power and water in India have determined that the systems are extremely inefficient, both technically and managerially. In October 2001, the World Bank’s country director said “the most important element of power sector reforms is to combat widespread theft, graft and corruption”. An International Finance Corporation country director added “there is no point investing in generation if the power does not reach the consumer”. In 2002, OED evaluated the Bank’s water sector strategy in India finding that “approaches have been top-down, bureaucratic and fragmentary, rather than participatory, client-oriented and integrated”. Because of the systemic problems in the sector it found that “the Bank’s current operations have moved away from new construction and are focusing on making existing infrastructure work efficiently. This is most appropriate given the poverty alleviation mission of the Bank.” Although this echoed two previous reviews, the Bank adopted a new water strategy which called for a new emphasis on investments in large new infrastructure.

In early February, Himanshu Thakkar of the South Asia Network on Dams, Rivers and People and I met John Briscoe and other officials of the Bank’s Delhi office. We asked if World Bank officials responsible for designing and implementing the new water sector strategy agreed with the findings of the Bank’s 2002 evaluation of water in India. Briscoe said he had never heard of it. This is particularly surprising as the evaluation was an input into the new water sector strategy which he had prepared just one year earlier.

According to the Bank’s Infrastructure Action Plan, support for new infrastructure and water sector projects should begin through a systematic assessment of a country’s infrastructure situation in the form of a so-called Recent Economic Developments in Infrastructure (REDI) study. The representatives of the Bank’s Delhi office were not aware of this process, and said that the India Department was not carrying out such an assessment. “This is Washington speak”, John Briscoe argued.

The Bank’s new options assessment sourcebook recommends that lending operations in the water sector are based on a balanced, participatory assessment of all options, including policy and institutional changes. Again, the World Bank officials said that they had not read this, and John Briscoe claimed that its recommendations represented only the opinion of its author. India was a sovereign country and so “the recommendations of the sourcebook are not going to happen in India”. While the sourcebook itself does not carry any such disclaimer, Alessandro Palmieri, the sourcebook’s main author, agreed that “the document reflects only the opinions of the authors”. And since the sourcebook does not constitute formal Bank policy, he does not expect follow-up activities, and discussing the implementation of its recommendations made “no sense”. This casts further doubt on whether civil society groups can rely at all on the plethora of non-binding best practice documents which the Bank has touted in recent years.

Last year, when agreeing the return to high-risk megaproject support, the Bank’s board and management insisted that their institution would respect the lessons of the past, follow best practice and scrupulously comply with operational policies. The views of Bank management today show this to be a very misleading claim. The available evidence demonstrates that there is a wide gap between ‘Washington speak’ and in-country action. The Bank’s best practice recommendations, and reviews indicating the harsh lessons of the past are being completely ignored.

Robert Wade, a professor at the London School of Economics, interprets the reforms of the Wolfensohn era as an attempt to delink the Bank’s political agenda from its operational strategy. While the political agenda is targeted at the concerns of a critical global public, the operational units have been strengthened to serve the narrow interests of Southern governments. The effect was for the Bank to “decoupl[e] itself internally … to institutionalize the capacity to be hypocritical and get away with it”.

NGOs and social movements need to hold the World Bank to account for the glaring gap between rhetoric and reality in the implementation of infrastructure projects, and oppose processes and projects that ignore the Bank’s accepted social and environmental responsibilities.