From issue 46 of The Bretton Woods Update 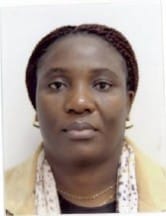 Growing civil society pressure for better performing international financial institutions (IFIs) has left the Bretton Woods institutions with little choice but to acknowledge the existence of civil society organisations (CSOs). Increasing efforts have since been made to consult with CSOs especially during the Wolfensohn era which has been viewed as the most accommodating of CSOs. Although this has not yielded much in terms of actual impact, it has been a step in the right direction for CSO struggles. What remains to be seen is whether this will be maintained during the term of new president Paul Wolfowitz.

Engaging with CSOs has meant huge public relations exercises for IFIs and especially the World Bank, including setting up a civil society department responsible for arranging various CSO-Bank meetings. The latest effort was the World Bank global civil society forum convened in Washington 20-22 April. The objectives of the forum were to:

The controversial forum was attended by more than 40 CSOs from across the globe to discuss poverty reduction strategy papers, millennium development goals, debt, trade, poverty and social impact analysis, and Bank-CSO relations. The first day of the meetings was mainly for CSOs to discuss and consult amongst themselves on critical issues and thrash out specific points to bring to the attention of the Bank. These discussions were on both thematic and regional bases. The next two days were led by the Bank, and senior management addressed the meetings with continued emphasis on Bank commitment to engaging with CSOs. CSO concerns from the forum include:

Given the lack of progress in dealing with the IFIs, in future CSOs might consider employing the following strategies to move forward:

At the end of the meetings, out-going Bank president James Wolfensohn addressed the meeting, highlighting that the Bank was still committed to dealing with CSOs. He also noted that CSOs remain too critical of the Bank without coming up with viable options. The Bank urged that it is time for CSOs to put aside differences with the Bank and work in partnership for the benefit of the poor.

While Mr. Wolfehsohn may have had noble intentions regarding CSO engagement, unless there is genuine political will to change the current structure of the board to whom the president is accountable, the talk will remain rhetoric for a long time to come.

Comment by Moreblessings Chidaushe of the African network on debt and development (Afrodad), on the World Bank global civil society forum and the future of civil society and World Bank engagement.