From issue 52 of The Bretton Woods Update

Bank approves anti-corruption strategy: Back to where we started? 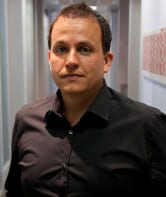 Lesotho, the tiny Southern African mountain kingdom, punches above its weight. This is not reflected in a bossy attitude, rather is has done what is seldom ‘expected’ of relatively weak African states – it has tackled corruption in the multi-billion rand Lesotho Highlands Water Scheme head on, by prosecuting both corrupt officials and bribe paying corporations. It has in short proved afro-pessimists wrong, while dealing a knock-out blow to those who argue that it’s improbable that corporations can be held to account for criminal behaviour in the ‘developed world’ – and impossible to do so in the ‘developing world’. The scheme was the world’s biggest construction project when unveiled twenty years ago and was designed to pipe water hundreds of kilometres away to apartheid South Africa’s thirsty industrial heartland centred on Johannesburg. In turn, the otherwise resource impoverished Basotho people were amongst other promised the benefit of electrification and monetary compensation.

To finance the project the corrupt South African regime needed access to capital that was no longer readily available as a result of international sanctions against apartheid. The World Bank came to the rescue and effectively helped launder the financing to Pretoria through the projects financial advisers based in London. The deal, argued by some to be on the borderline of illegality, set the tone for what was to come once contracts were awarded to construction companies. By the start of this decade over a dozen international construction companies had been charged of bribing a senior Lesotho official and a number have since been found guilty in the Lesotho courts in landmark judgements that detail the flow of funds through Swiss banks and the hands of intermediaries acting for the corporations. Most recently a senior official with the New Partnership for Africa’s Development – who was formerly linked to the Lesotho dam project – was charged with corruption proving again that the political will exists to tackle graft without exception.

The World Bank helped launder the financing to Pretoria

The response from World Bank has consistently erred toward caution. Despite promises as far back as a 1999 closed-door meeting that it would provide financial support to the Lesotho prosecutors – no assistance has been forthcoming leaving a poor state to fit the multi-million dollar legal bill. Equally the bank was slow in applying its policy to exclude corrupt companies from future World Bank contracts, eventually debarring the Canadian multinational Acres in March 2004 for three years. This came over thirty months after an internal Bank probe concluded that Acres had paid for influence – reportedly allowing the company to commence big-ticket Bank funded projects in Uganda, Palestine and Sri Lanka in the interim.

Given such a track record, and the Lesotho case is but one World Bank project dogged by corruption in Africa, the announcement that the Bank is now seeking comment on its proposed new anti-corruption strategy are timorous. Two areas in the draft strategy, Strengthening bank group engagement on governance and anti-corruption that need more attention are precisely around prosecution and debarment.

Importantly the policy document sets out the need to support “…country efforts to strengthen their investigations and prosecution of corruption…” The lesson from Lesotho is clear that such support needs to be disbursed rapidly and in the form of both money and where necessary technical assistance to investigate and prosecute corruption in Bank related projects. This must also focus on prosecution of both corrupt officials and contractors, regardless of the political influence they have in their own home countries.

On debarment, the document is also not specific and rather focuses on the need for uniformity amongst development agencies in recognising each other’s sanctions rules. This is important because despite agreements between the European Bank for Reconstruction and Development (EBRD) and the World Bank – the EBRD has not debarred any companies including the Canadian Acres according to a comment made at an April 2006 Commonwealth corruption conference in London by a senior EBRD official. If international finance institutions don’t co-ordinate sanctions impunity will continue to prevail. In addition the policy has to be clear on a number of other issues such as the need for fast-tracking the inclusion of corrupt corporations and individuals on to the debarment list, issuing penalties that hurt a corporation’s bottom line and recognising the decisions taken by national courts. The Lesotho case proves that the practice of second-guessing the African bench by painting it with the uniform brush of ‘corrupt’ is at the very least discriminatory.

The World Bank, and the home countries of the corporations implicated in corruption in the Lesotho Highlands Water Scheme have many reasons to be shame-faced for the lack of support that Lesotho has been shown in its tenacious efforts to tackle corruption. At the very least the epitaph on the corruption and bribery trials needs to read that the conduct of international finance institutions and corporations in Lesotho must not be allowed to be repeated over and again elsewhere. It is time the world listens to Lesotho!

Hennie van Vuuren is the head of the corruption and governance programme at the Institute for Security Studies in Cape Town, South Africa.

Bank approves anti-corruption strategy: Back to where we started?