From issue 61 of The Bretton Woods Update 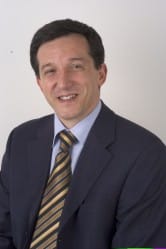 In May Turkey ended its latest stand-by agreement with the IMF. To some this meant the long awaited declaration of autonomy for Turkey and the loss of the final ‘consumer’ for the IMF. For others who adhere to the neoliberal orthodoxy, this meant the graduation of Turkey and the successful completion of the IMF programme. The reality is that neither is correct. Turkey is currently trapped in a high debt, high unemployment, speculative growth environment; and the independence of its institutions is under siege by the intervention of the IMF and World Bank. There is neither autonomy, nor successful graduation.

Turkey and the IMF signed a Staff Monitoring Programme in 1998 to enable closer Fund supervision and control of the Turkish economy. Turkey experienced a severe economic crisis in November 2000 and again in February 2001 when it was following the exchange-rate based disinflation programme led and engineered by the IMF. During 2001 the GNP fell by 5.7 per cent in real terms, consumer price inflation soared to 54.9 per cent, and the Turkish lira lost 51 per cent of its value against major foreign currencies. The burden of adjustment fell disproportionately on the working classes as unemployment rose to 10 per cent and real wages were reduced abruptly by 20 per cent. The IMF was involved with the management of the Turkish macroeconomy prior to and after the crisis, and provided financial assistance of $20.4 billion between 1999 and 2003.

The post-crisis economic and political adjustments were mainly overseen by the then newly founded Justice and Development Party (AKP) which came to power enjoying an absolute majority in the parliament in the November 2002 elections. Though maintaining a pro-islamic political agenda, the AKP nevertheless distanced itself from the previous “national view” orthodoxy of the traditional Turkish islamic movement. The AKP refurbished itself with a more friendly view towards the West, ready to do business with the global finance capital and willing to auction-off the strategic public assets to the trans-nationals. On the political arena, the AKP had given unequivocal support to the US interests in the Middle East including the then-approaching war in Iraq.

The essence of the IMF programme

The rapid increase of private sector debt reveals the true essence of the IMF-engineered adjustment following the currency and banking crises. The underlying characteristics of the post-crisis adjustments ultimately relied on maintaining high real interest rates in anticipation of increased capital inflow. Coupled with contractionary fiscal policy, the programme found the main source of expansion in speculative inflows of foreign finance. Persistent offerings of high rates of interest against the back-drop of lower inflation and fiscal primary surplus targets were the main attributes of the IMF programme as implemented both by the three-party coalition government under prime minister Bulent Ecevit (until November 2002) and by the AKP government (post-November 2002).

This programme was clearly stated in the Turkey country report prepared by IMF staff in late 2001. The targets of the 2001 IMF report have eventually become the official targets of all successive governments. The targeted rate of real GNP growth, for instance, was persistently set at five per cent, despite the observed rapid expansion of the economy at rates often exceeding seven per cent in the preceding year. This choice was clearly no coincidence. Likewise, the inflation targets of the ‘independent’ central bank each year followed the path envisaged in the 2001 IMF report, beginning with 20 per cent in 2003 to 5 per cent in 2006, and beyond. Finally, the primary surplus target of the public sector, at 6.5 per cent of GNP, clearly finds its origins in the aforementioned report.

The high interest rates of the post-crisis IMF programme attracted short term capital; and the relative abundance of foreign exchange led to overvaluation of the lira. Cheap foreign exchange led to an import boom both in consumption and investment goods. The lira’s overvaluation, together with the greedy expectations of the arbitrageurs in an era of rampant financial glut in global financial markets, led to a severe rise in Turkey’s external indebtedness. The deficit on the current account rose to above $40 billion by mid-2008, equivalent to 7.5 per cent of GNP, and led to an increase in the perceived external fragility of the country. In appreciation of this figure, it has to be noted that Turkey traditionally has never been prone to current account deficits. Achievement of a fiscal contraction under severe retrenchment of public expenditure, in turn, further boosted the hungry expectations of the financial arbitrageurs. The end results were the shrinkage of the public sector in a speculative-led growth environment; and the consequent deterioration of education and health infrastructure which urgently need increased public funds.

A further characteristic of the post-2001 era was Turkey’s jobless-growth pattern. Rapid rates of growth were accompanied by high rates of unemployment and low participation rates. The rate of unemployment rose to above 10 per cent after the 2001 crisis, and despite rapid growth, has not come down to its pre-crisis levels. With the available bonanza of relatively cheap imports, Turkey had been consuming the products of “foreign economies” causing a lower value-added in production at home. As the domestic industry intensified its import dependence, it was forced toward adaptation of increasingly capital-intensive, foreign technologies with adverse consequences on domestic employment. Thus, the joblessness problem and the fragility embedded in the increase of the current account deficit were, in fact, manifestations of the same conundrum.

As experienced over the long decade, it is clear that the IMF programme was not simply to “stabilise” the economy, but went much further: to radically alter the social structure of the country. The executing actors of the programme included political circles, top level bureaucrats and finally some intellectuals attached to these groups. They shut their ears to reactions coming from different segments of society and were extremely intolerant to any criticism including very innocent ones. The behaviour of these groups was far distant from what can be given as the sine qua non of any democracy.

Turkey’s post-crisis adjustment under the AKP administration traces the steps of many developing countries which are dependent upon foreign capital and conditioned to adopt or maintain contractionary policies in order to secure “investor confidence” and “international creditworthiness”. They are restricted to a balanced budget, entrenched fiscal expenditures, and a relatively contractionary monetary policy with an ex ante commitment to high real interest rates.

Turkey is now entering the second half of 2008 with severe disequilibrium and an increased external debt burden. The favourable global conditions that were conducive to rapid economic growth are, generally speaking, not present now. Turkey has to face the current turbulence and the consequent decline in global credit and financial markets with a strained labour market and intensified external fragility. There is no doubt that the necessary adjustments that lie ahead for securing economic stability in Turkey under a darkening external environment will be more costly and difficult. What is clear is that over its long decade with the IMF, Turkey managed to replace public deficits with a democracy deficit.

By A. Erinç Yeldan; Professor of Economics, Bilkent University, Ankara