From issue 65 of The Bretton Woods Update 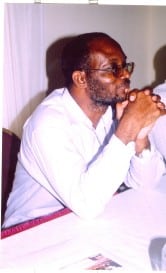 In June 2007 the ‘Jubilee’ oil-field off the cost of Ghana was discovered. Kosmos Energy plans to invest $850 million and Tullow Oil

$1.2 billion in the overall project costs of $3.2 billion. In late February the IFC board decided to provide $100 million for Kosmos and $115 million for Tullow.

The International Finance Corporation (IFC) ignored due process requirements mandated by the laws of Ghana in the case of the Jubilee oil field project and should not have considered the loan applications at the board. In so doing, the IFC is encouraging the infringement of the basic rules of governance and transparency. Ghanaian NGOs have expressed several concerns regarding this project to the IFC, concerns which have not been addressed properly.

The fact that the revenues will be seven to nine per cent of Ghana’s government income requires it be defined by the IFC as a ‘significant project’, invoking specific social obligations. The project should therefore be fully transparent.

Projects for the extraction of petroleum and natural gas are usually considered to pose the highest environmental risks, and are classified as ‘category A’ projects. However, the IFC has rated this project as a ‘category B’, requiring fewer safeguard procedures. The Jubilee field could significantly and adversely affect the marine environment including endangered species, coastal communities and economic enterprises. The project clearly meets the requirements for category A. Yet, there has been no real substantive answer to this issue by the IFC.

The Gulf of Guinea’s striking features are its unique coastal wetlands and the upwelling of deep nutrient-rich ocean water to the surface, which supports one of the most diverse and economically important fishing-zones in the world. Nonetheless, the IFC has argued for the use of a single-hulled oil storage platform despite danger of spills from it being frequently approached by other tankers for loading and unloading. Furthermore, a US Forest Service assessment mission to Cameroon and Equatorial Guinea in 2006 found that even though these two countries have seen increasing activities in the petroleum sector, neither had the capacity or institutional coordination to handle disasters like oil spills that could be a threat to the rich marine life and ecosystems in the gulf. Ghana should learn from this example and require closer scrutiny of the safety and environmental impact of tankers and drilling techniques proposed for the project.

Ghana’s Environmental Protection Agency (EPA) had not and could not have issued any permit for oil and gas development or the construction of oil and gas separation, processing, handling, and storage facilities without the submission by the companies of an environmental and social impact assessment (ESIA) in accordance with regulations. Everyone admits that the companies have not submitted a full ESIA to the government.

The IFC, the previous government of Ghana and the companies have violated both substantive and procedural processes of the law by trying to rush the project. The IFC and the companies appear to have taken undue advantage of the transition in government by treating a few conversations with newly appointed ministers, who could not have been fully appraised of the project or oil sector, as formal consent from the government and people of Ghana.

The IFC acknowledges that the potential emergence of a large oil and gas sector does pose new political, regulatory, and governance challenges for the country. The fundamental problem is that large- scale oil production will start before proper governance structures are in place. Although the companies have to disclose their payments to the government of Ghana under IFC regulations, it is also crucial that the public knows the terms of the contracts. A vague reference to parts of them already being in the public domain is not sufficient.

Finally, in 2004, the Gulf of Guinea was second only to the Straits of Malacca in number of piracy attacks. The oil emanating from the Niger Delta has also led directly to the proliferation of weapons throughout the region along with alleged corruption in Nigerian politics. Yet no assessment of security risks has been undertaken in Ghana.

We feel that the IFC has not properly addressed the concerns of civil society or sufficiently taken into account the grave risks this project poses to the environment, economy and governance systems of Ghana, not to mention the possible contributions it and other fossil fuel projects will make to climate change.