From issue 71 of The Bretton Woods Update 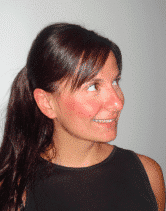 For almost six months now, Greece, and through Greece the whole of Europe, has been going through a fierce debt crisis. This is what has been called “the third phase” of a crisis that started in the financial sector, spread to the real economy and appears to be affecting all facets of social and political life. The “Greek expression” of the crisis has revealed an amazingly broad range of issues concerning not only the structural problems of the Greek economy, but also those of the European Union (EU) as an economic and common currency area, and its unwillingness or inability to react to the problem in a timely, meaningful and collective way. However,  what is truly striking about the Greek crisis is its ostensible abruptness.

Two years ago, when the financial crisis began, the Greek economy did not seem to be particularly affected, mainly due to its banking sector’s structural characteristics including moderate development and low exposure to ‘toxic’ financial products. GDP growth for 2008 was around 2.9 per cent and the Central Bank of Greece predicted stagnation for 2009. According to Eurostat, Greek GDP actually shrank by 2 per cent in 2009 and is predicted to shrink by 3 per cent in 2010.

The primary deficit of the Greek government in 2008 was stated as 3.7 per cent and estimated to rise above 4 per cent for 2009. Since September 2009, however, the Greek government deficit has been re-estimated at 7-8 per cent and finally at 13 per cent of GDP. Consequently, the excess deficit procedure of the EU was activated and a first package of austerity measures was proposed, including wage cuts, tax rises, and a hiring freeze in the public sector. However, it became clear soon after the October 2009 election win of the socialist PASOK party that the government’s initial reassurances that the country could cope with its financial problems without external intervention were unreliable.

On 11 April, the Greek government agreed on the activation of a “support mechanism for the Greek economy” that included €110 billion in loans from the IMF and EU (see Update 71). The austerity measures undertaken include: the reduction of benefits in the public sector by 10 per cent; the abolition of seasonal supplementary payments for current and retired public employees, meaning an immediate 14 per cent wage and pension cut;  a 10 per cent increase in special consumption taxes for cigarettes, drinks and fuels; and an increase in value-added tax from 19 per cent to 23 per cent.

Furthermore, the law passed to activate the support mechanism requires that all decisions having to do with the implementation of the agreement and the approval of any other contracts with the European Central Bank, the EU or the IMF, are to be promulgated by the minister of finance with a presidential decree, with no further discussion or agreement required by the Greek parliament.

The announcement of the austerity measures caused general strikes and large demonstrations by the Greek trade unions and political parties of the left. Despite the general mistrust and hostility of Greek public opinion towards the IMF, it was partly understood that the Greek government had already engaged in this type of economic policy before the formal involvement of the IMF. Moreover, as the Greek public services are already highly privatised, and the Greek market deregulated to a large extent, the space for the IMF’s common “consolidation package” is quite restricted. However, it seems that the IMF is still striving to repair its bad reputation. It was revealed in the press in mid June that IMF officials invited journalists, publishers and businessmen to a meeting in order to try to improve the Fund’s image in the eyes of the Greek public.

Unemployment in Greece is rising rapidly. Consumption, investment and public spending are being cut. A development strategy is strikingly absent. Political developments and social unrest are underway. The austerity measures are unlikely to reduce the debt. What is likely, is that they will sink the Greek economy into an even longer and deeper depression. What is needed is an increase of effective demand through income support and public spending, as well as collective support of the EU showing solidarity. The questions are: what are Greek workers to expect from this ‘financial rationalisation plan’? When is their standard of living going to be restored? Why is the burden of paying for this crisis once again falling on their shoulders?