From issue 78 of The Bretton Woods Update 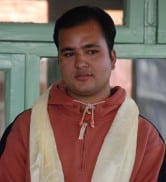 Nepal, the world’s fourth most vulnerable country to climate change, according to the 2011 report of risk-analysis company Mapplecroft, was one of the first countries to apply for PPCR resources. In June, the subcommittee of the PPCR approved $50 million in grants and $36 million in loans to the Nepalese programme. Co-financing from other multilateral development banks implementing the PPCR programme is yet to be announced, but is likely to be heavily loan based.

It is obvious that developed countries must provide unconditional financial support on adaptation to countries vulnerable to climate change to build their resilience. The parties to the United Nations Framework Convention on Climate Change (UNFCCC) have taken into account the common but differentiated responsibilities and respective capabilities of countries, and developed countries have committed adaptation support to vulnerable countries. Building resilience of vulnerable country communities through loans is against the commitments made and principles agreed at the UNFCCC. It is simply an injustice.

Taking loans for adaptation to climate change is a serious concern for citizens of Nepal, who are advocating for climate justice, which the government has also envisioned in its Climate Change Policy 2011. It strictly does not comply with Nepal’s stance in international forums and its own policy on climate change.

Nepal has submitted its National Adaptation Programme of Action (NAPA) on climate change to the UNFCCC. The framework of NAPA implementation requires 80 per cent of the funds of any adaptation programme to flow directly to the community level. But the PPCR in Nepal neither complies with NAPA priorities nor its implementation framework. Currently the PPCR in Nepal, in not recognising NAPA, violates the principle of country and community ownership.

The PPCR in Nepal has not received the support of civil society organisations, who are actively engaged from community level to national and international policy lobbying level. The process of stakeholder consultation is not fair enough to maintain a transparent engagement process. There has been a serious lack of involvement of NGOs active at the community level on climate change, with very few of these organisations consulted on the PPCR.

Furthermore, the PPCR proposes to lend money to private sector companies, which will never achieve community resilience. Private companies are often happy to use the loan money for their own benefit, simply looking at the scheme of interest and repayment, but they are often totally unaware of climate change, adaptation, resilience, and the principle of equity and justice.

Already, Nepal has been categorised as a country at medium risk of debt distress, and it is hard to predict where it will go with the loan on adaptation. Offering and accepting loans will seriously disregard the sovereign right of the people of vulnerable countries, which is not recognised by the decisions of their so-called leaders, who are much less aware than their people on this issue.

In the context of huge opposition to the PPCR, it will be hard to achieve community resilience unless the loan component is resolved. It is very important for the World Bank to resolve this to avoid further controversy. The best way is to convert the loans into grants and make them easily accessible to climate change vulnerable countries. The developed nations pledging money to the CIFs and other funds must agree to provide unconditional support on climate change adaptation, save the lives of people whom they made vulnerable and save the planet by controlling the temperature below the tipping point. In order to achieve this, the parties in the Durban UN climate meeting must cut loans out of any adaptation agreements.

LI-BIRD is the secretariat of the NGO Network on Climate Change (NGONCC), a network of 110 NGOs in Nepal