From issue 80 of The Bretton Woods Update 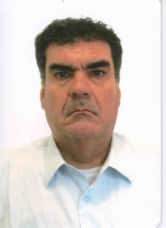 The G20 has ensured that the IFIs are receiving increasing resources to deal with the economic crisis. However, the institutions are resisting the drive to find new paths for world development, particularly for ensuring jobs and employment, and instead remain attached to dogmatic liberal principles and recommend the same old-fashioned liberalisation proposals that have driven the world economy to the deepest crisis since the 1930s.

In the IMF’s December 2011 review of Portugal’s performance under the Fund’s loan programme, the IMF staff criticised “rigidities in labour markets which reduce incentives to work and prevent an efficient allocation of resources”, putting pressure on the Portuguese government and the unions, which the IMF calls “social partners”, for even greater labour market liberalisation.

There are many problems with this kind of approach at the IFIs. Financial and trade liberalisation and markets deregulation, including the labour market, are the pillars of the model that led the world economy to the financial crisis we are still dealing with. Labour market deregulation is linked to competitiveness in liberal economic thought, but deregulating the labour market also makes it operate in a pro-cyclical way, rather than functioning as an anti-cyclical tool by maintaining jobs and wages at a time when demand is falling. The staff of the IFIs remain ideologically attached to pushing deregulation and flexibility.

The IFIs focus on only one possible approach to labour market analysis, ignoring other perspectives such as social, political, cultural, gender and human rights. The structure and operation of the labour market reflect different social constructs in each national situation, which are important to the healthy functioning of complex social and political arrangements in those nations. Advocating the same recipe for every country, mostly based on ideological assumptions, does not only not consider the diverse historical arrangements in each society, but also contributes to greater social and political instability, helping to destroy social cohesion which is necessary for economic recovery.

Besides, coming back to an economic point of view, deregulated labour markets act in a pro-cyclical way, meaning that labour income will go down as the economy goes into recession. This kind of behavior can contribute to a deeper and longer lasting economic crisis. The case of South America in the recent crisis illustrates the point. When the crisis erupted in the region in 2008, business groups, especially those attached to financial interests, advocated traditional adjustment measures (public spending cuts and interest rate rises, meaning tighter fiscal and monetary policies) and a new cycle of “reforms”, beginning with more liberalisation of the labour markets. This would have driven regional economies into lasting recessions. The option for alternative strategies (including, for instance, raising the minimum wage) led to a quick recovery in most of the countries in the region, using the labour market in a counter-cyclical way, and helping to deal with the possible devastating economic, political and social effects of the crisis.

The World Bank’s 2013 World Development Report on jobs, is trying to move away from the IMF’s traditional point of view (mainly deregulation of labor markets), and will instead focus on job creation. Nevertheless, some points in the outline of the report still refer to “improv[ing] the investment climate” and “global competition for jobs”, which are two important pillars in the defence of more labour market deregulation. This is in fact reaffirming points of, for example, the 2006 World Bank Doing Business report on creating jobs, where the idea that weak labour regulations result in higher employment is supported.

More than ever, it is important to put pressure on the IFIs to not insist on the old mechanisms and policies that pushed the world to the current critical economic situation. They need to help the world find new paths to recover from the crisis. A new approach to labour market structure and policies is just one of those aspects, but perhaps one of the most important.