From issue 82 of The Bretton Woods Update 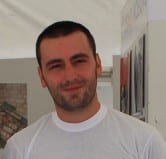 Before joining civil society organisations (CSOs), I worked for Kosovo’s state-owned power company for many years. During my time there I learned how the coal industry works and how much it negatively affects every segment of our lives.

Already two years ago, Kosovan CSOs warned the World Bank that things would not turn out well for Kosovo should the Bank continue supporting and pushing for coal development projects in the country. In October 2008, the Kosovan government decided to restructure its energy sector by introducing private investors to key areas of energy generation and distribution, including privatising the electricity grid, opening a new coal mine, and building a new highly polluting 600 megawatt coal-based power plant. This energy strategy was supported and pushed by the World Bank and the US government. The Bank agreed to consider a partial risk guarantee for the mine and the new power plant, while the International Finance Corporation (IFC, the Bank’s private sector arm) would provide the Kosovan government with advice on how to undertake the grid privatisation. Neither could move forward without the explicit approval of the US State Department.

Kosovan CSOs and international partners reviewed the strategy and concluded that it was a dangerous path for Kosovo to follow, since it would dramatically increase the price Kosovars pay for power, fail to create jobs, affect the environment and saddle the country with unsustainable debt at a time when the European Union debt crisis is raging.

In August 2011, a complaint was filed with the Compliance Advisor/Ombudsman (CAO, the IFC’s accountability mechanism) by the Energy Trade Union of Kosovo (SPEK) about the IFC’s involvement in the grid privatisation process. SPEK claimed that jobs would be lost and that social and environmental issues were not addressed in accordance with IFC performance standards. In May this year, the CAO announced that it would audit the project. Meanwhile, the Kosovan government opened a call for companies interested in purchasing the electricity grid, which was won by a bid of €26.3 million ($33.9 million). This sum stands in sharp contrast to the €180 million invested by the Kosovan government in the very same grid in the last 10 years. Furthermore, Macedonia privatised its grid for €225 million.

Shortly after this announcement, Kosovo’s energy regulatory office declared that it would increase the electricity tariffs for customers by 8.9 per cent, claiming the rise is needed to cover the cost of producing and distributing electricity. For the purposes of pushing the coal project forward, in 2011 Kosovo’s assembly approved an additional increase of the tariff on coal by 1,011 per cent, which will further increase the retail electricity costs by over 10 per cent next year alone. This is on top of the 4.5 per cent annual increase the Bank says is needed for building the proposed new plant. Any increase in electricity tariffs will make the lives of Kosovars unbearable, recognising that over 45 per cent of Kosovars already live below the national poverty line.

Moreover, opening a new coal mine and constructing a new coal-based power plant has tremendous social and environmental costs. A recent assessment by the World Bank itself estimates the annual costs of pollution in Kosovo to be around €220 million – a figure that is likely to multiply with a new coal power plant. And this time not only Kosovars’ pockets will be affected, but our land, environment and above all, our health. Even Daniel Kammen, the Bank’s former chief specialist in renewable energy and energy efficiency and professor in the energy and resources group at the University of Berkeley, has publicly called on the Bank and the US government to shift Kosovo’s energy path from investing in coal to that of a cleaner and more sustainable future.

This is in line with repeated calls from CSOs to the Bank and other stakeholders to shift the energy investment approach in Kosovo. Failing to do so will put the people of Kosovo’s lives and future in jeopardy. This is happening in Europe’s poorest nation, with unemployment rates as high as 47 per cent, despite the Bank’s key mission to help reduce poverty. We cannot afford this flawed strategy. It is economically unviable, it will result in job cuts, it will destroy our environment and health, and it will make our lives unbearably expensive. Simply put, the World Bank needs to stop exacerbating poverty in Kosovo.