From issue 83 of The Bretton Woods Update 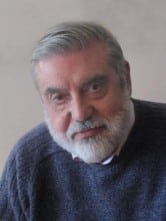 A fully-formatted  PDF version of this briefing is also available.

The World Bank has become known as a leading critic of industrial policy because it favours a limited role for state involvement in development policy, preferring well-functioning markets. Former deputy secretary general of UNCTAD Carlos Fortin, of the Institute of Development Studies, examines the Bank’s record on industrial policy over the last 20 years and shows that the Bank’s position is more nuanced.

In a 2002 article, economics Nobel laureate Joseph Stiglitz pointed out that industrial policies had obtained a bad reputation1: “As my predecessor at the Council of Economic Advisers put it, it makes no difference whether the economy produces potato chips or computer chips—the economy should produce whatever maximises GDP, and the market is in the best place to make those decisions.”

The World Bank has long been singled out as leading the criticism of industrial policy, mainly because of its overall approach to development policy, which involves a limited role for the state in the economy: to allow markets to function well (Singh 2011). Industrial policy, which is by definition a non-neutral governmental intervention aimed at altering market price signals in order to steer investment in desired directions, would appear to be excluded in this approach.

Therefore development scholars and practitioners greeted a series of papers by then Bank chief economist Justin Yifu Lin with some excitement, as he appeared to put forward a different, more positive view of industrial policy as a tool for development. If Lin’s ideas were adopted by the Bank as official policy, it was suggested it would be tantamount to a major turnaround. As is often the case, on closer inspection the situation turns out be to more nuanced.

Evolution of the Bank’s views

To start with, the Bank has never rejected industrial policy under all circumstances, although its distaste for it has always been evident. The World Development Report (WDR) 1991 puts it this way:

This means that governments should “let markets work unless it is demonstrably better to step in … it is usually a mistake for the state to carry out physical production, or to protect the domestic production of a good that can be imported more cheaply and whose local production offers few spillover benefits”(Ibid.). It further means subjecting interventions to the test of the international and domestic markets, and withdrawing support when market performance shows that the industry is unviable.

The Bank elaborated on these issues two years later in a report on the so-called ‘East Asian miracle’, which analyses the experience of eight East Asian economies – Hong Kong, Indonesia, Japan, the Republic of Korea, Malaysia, Singapore, Taiwan (China), and Thailand – which underwent rapid development with extensive use of industrial policies (World Bank 1993). The report acknowledges that “in most of these economies … the government intervened – systematically and through multiple channels – to foster development” (World Bank 1993, pp. 5-6). Its conclusion, however, is that the interventions did not have much effect: “despite government intentions, the manufacturing sector seems to have evolved roughly in accord with neoclassical expectations; industrial growth was largely market conforming.”

The conclusion ran counter to those of several students of the East Asian experience, such as Alice Amsden and Robert Wade, who had argued that industrial policies had been important in consolidating the productive structure of the countries; and it was subsequently challenged by other analysts, such as Ajit Singh and Stiglitz just before he joined the Bank as chief economist.

Partly in response to those criticisms, the Bank produced its most detailed statement on industrial policy in its 1997 World Development Report devoted to the role of the state (World Bank 1997). This time the Bank recognised that industrial policy interventions can indeed be successful in some cases:

“Economic theory and evidence suggest that the possibility of successful market-enhancing activism cannot be dismissed out of hand … as a way of kickstarting industrial growth, states have been tempted to supplant market judgments with information and judgments generated in the public sector. These efforts rarely work, although the success of some ventures by Korea’s chaebol (interlinked business groups), made at the initiative of government, suggests that the quest to pick winners is not inevitably a fool’s errand” (World Bank 1997, p. 74).

The report goes on to distinguish between “light touch” initiatives, such as those involving network-thickening, and “high intensity” initiatives, like coordinating investments and picking winners. The latter are not ruled out, but are subject to strict conditions. A basic condition for high-intensity initiatives to be successful is institutional capability: “strong administrative capability, commitment mechanisms that credibly restrain arbitrary government action, the ability to respond flexibly to surprises, a competitive business environment, and a record of public-private partnership” (Ibid., p. 75).

Furthermore, and most importantly in the Bank’s view, “a country’s strategy for industrial development has to be guided by its evolving comparative advantage … Some proponents of activist measures have favored efforts to nurture a nascent comparative advantage by encouraging firms to risk more on a new market than they might otherwise have been willing to invest. Very few, however, would support wholesale leapfrogging” .

In contrast to the essentially neoclassical approach adopted by the Bank in 1997, Lin’s overall framework is what he terms “new structural economics”, which involves combining neoclassical analysis with insights from the structuralist school of economic development. Specifically, it is “founded on structural differences between developed and developing countries and acknowledge[s] the active role of the state in facilitating the movement of the economy from a lower level of development to a higher one” (Lin 2012).

This means that industrial policy is not just a last resort to be used only “reluctantly” (World Bank 1991, p. 5) but as a legitimate, normal tool of development policy: “the new structural economics offers a clear rationale for having a proactive, facilitating state in the process of economic development” (Lin 2010).

In one crucial respect, however, Lin’s approach retains a central neoclassical premise. It is that “a country’s comparative advantages and thus its optimal industrial structure are determined by its factor endowments”(Lin 2012, p. 5). Consequently, industrial policy should only be used to facilitate the upgrading of industries which are consistent with the country’s comparative advantages.

Lin refers to “latent and evolving”comparative advantage, thus introducing a dynamic component often absent in the Bank’s past formulations. It would appear that at this point his analysis is in effect essentially the same as the Bank’s. In this vein Ajit Singh calls Lin’s message “deeply conservative” (Singh 2011, p. 7) and Ha-Joon Chang writes that Lin needs to “free himself from the shackles of neoclassical economics” (Chang 2012, p. 133) in order to accept that a country needs to defy its comparative advantage to upgrade its industry. In this reading, the new structural economics would appear to be a case of plus ça change, plus c’est la même chose.

There is, however, an alternative reading of Lin’s proposal. Renowned proponent of industrial policy Dani Rodrik feels that Lin’s ideas are, at least potentially, a significant departure from existing Bank approaches. For all the emphasis on conforming to, not defying, comparative advantage, writes Rodrik, “if one believes that externality and coordination problems need to be addressed, as Lin apparently does, one must believe that such problems are preventing firms from investing appropriately. One must believe that markets are sending entrepreneurs the wrong signals—invest here, not there—and that allocating resources according to comparative advantage, as revealed by market prices, would be socially suboptimal” (Rodrik 2012, p. 54).

In Rodrik’s view it is clear that if Lin thinks governments must step in to address those market failures, he is in effect asking them to defy comparative advantage as revealed by market prices. The approach leads inexorably to a more activist role for the state, despite Lin’s reluctance to admit it.

What next for the Bank?

It is an open question which of the readings of Lin’s analysis, the conservative or the activist, is the right one. The important issue is which of the two is more likely to be adopted by the World Bank. Lin was replaced at the World Bank in July by Kaushik Basu of Cornell University, who at the time was chief economic adviser to the government of India. His views on the issue and more generally his approach to economic development policy will obviously have a major influence on the Bank’s position.

Basu is definitely a free market man, although not a market fundamentalist; in a 2006 article in the Times of India he had this to say about the opening up of the Indian economy:

“For over 40 years, we in India strangled market forces and individual enterprise in the belief that government could deliver it all, thereby creating a system where those with greater propensity to corruption were rewarded.

Today, when we hear from the other extremity that it should all be left to the market, we must remember our propensity to extreme views and tenacity to hold on to them despite contrary evidence. We must not err the next 40 years with another flawed ideology” (Basu 2006).

His preference for a restricted role for the state, however, is apparent when he goes on to summarise what its role in the economy should be: “government is needed to redistribute to the poor (the market has no natural propensity for this), provide public goods and enforce contracts. On the other hand, an economy cannot be run by government alone”(Ibid.). This view, which he has elaborated upon in some detail elsewhere (Basu and Maertens 2007; Basu 2010; Basu 2011) does not differ fundamentally from the approach presented in the already cited 1997 WDR, and would suggest that no major departure from the established Bank’s view on industrial policy should be expected.

Perhaps more decisive for trying to predict the line the Bank may take on industrial policy is observing what developed and developing country governments – which are, after all, the Bank’s shareholders – are doing in this field. Here, as Rodrik (2010) has pointed out, it seems clear that industrial policy is back, whether in Britain, France, China or, interestingly, in the United States, despite the fact that the notion is still anathema in the public debate there. Rodrik observes that the US Department of Energy (DOE) alone is planning to spend more than $40 billion in loans and grants to encourage private firms to develop green technologies, such as electric cars, new batteries, wind turbines, and solar panels, a clear case of environmentally oriented industrial policy.

The Bank would therefore do well to reflect on Rodrik’s perceptive summing up:

The standard rap against industrial policy is that governments cannot pick winners. Of course they can’t, but that is largely irrelevant. What determines success in industrial policy is not the ability to pick winners, but the capacity to let the losers go – a much less demanding requirement. … A government that makes no mistakes when promoting industry is one that makes the bigger mistake of not trying hard enough.