From issue 84 of The Bretton Woods Update 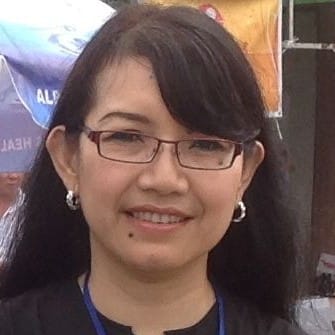 In late 2012 the World Bank announced its first lending to Burma (also known as Myanmar) in over 20 years. The $80 million grant, to be implemented by the Ministry of Border Affairs, is for community driven development (CDD) projects that are aiming to provide tangible benefits to communities, including those affected by decades of conflict in Burma. The concern among many grassroots activists, however, is that the areas to which this money will be funnelled are still in the earliest stages of the peace process, and that huge influxes of money will undermine efforts for sustainable peace.

On 22 January the Bank’s board will consider its second round of loans to Burma, through a $440 million development policy loan called the ‘Reengagement and reform support programme’. Its objectives are: “to support Myanmar’s critical reforms for strengthening macroeconomic stability, improving public financial management, and improving the investment climate” and to “facilitate the clearance of Myanmar’s arrears to IDA”. This money will flow through the ministry of finance.

Burma has experienced civil war since the 1950’s. Successive military regimes, led by the central Burman majority ethnic group, have sought to nullify the aspirations of people in the outlying ethnic regions. A proliferation of ethnic armed groups emerged which have fought for political, social, economic and cultural rights for decades. Due to initial reforms by the new government since it took power in 2011, a window of opportunity to broker sustainable peace has appeared and as such, preliminary ceasefires have been signed between all of Burma’s major ethnic armed groups and the Burma government. However, this does not include the Kachin Independence Organisation, where Burma army offensives in the north of the country have been on-going and intensifying since June last year.

In light of the small steps towards democracy that Burma has taken, the World Bank and Asian Development Bank have begun the process of reengagement with the government. The World Bank is using the CDD fund, which transfers money directly to communities who make their own decisions based on their own needs, and transfers directly to the government. The World Bank, however, has rushed this process and breached its own policies. Social and environmental impact assessments are supposed to be disclosed 30 days prior to project approval, but this has not happened. Neither information of consultations held, nor a programme document outlining the plan, have been disclosed.

Broad consultation with the public, including in conflict-affected ethnic areas, has not happened but the Bank will nevertheless move ahead with this project in a country in which they have not been engaged for nearly a quarter of a century. A handful of presentations in the main city of Rangoon does not provide enough information to accurately assess the needs of the people. As such, Burmese civil society organisations have officially requested a postponement of the CDD project until broad, inclusive consultations have been carried out (see Update 82, 80), however, this request was ignored.

Not only has genuine participation by communities been absent but a path of rushed development threatens to derail the extremely fragile peace process. The government has repeatedly said that the road to peace is economic development. If the Bank had conducted secure, broad and meaningful consultations in the ethnic regions they would have found that economic development takes second priority behind a political settlement. And part of that political settlement is the Burma army leaving villages where they have committed human rights violations for decades. Furthermore, the pursuit of justice for those who have suffered at the hands of the military regime, members of which now constitute the pseudo-civilian government, has been swept under the carpet.

The World Bank needs to engage in a much more transparent, cautious and consultative process in order to gain the trust of all the people of Burma. In conflict affected areas, economic development is not a substitute for a political solution and achieving justice. For the ethnic regions, a political settlement is the first step on the road to peace. The Bank cannot afford to make the same mistakes as it did in nearby Cambodia or Indonesia.