From issue 85 of The Bretton Woods Update 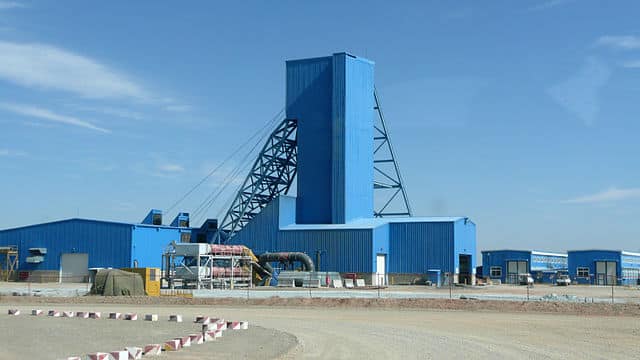 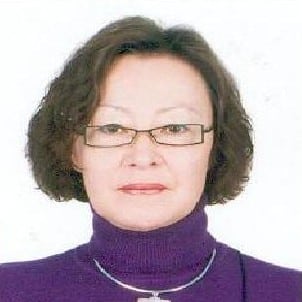 In late February the World Bank’s private sector arm, the International Finance Corporation (IFC) and the European Bank for Reconstruction and Development (EBRD) decided to spearhead a $4 billion dollar syndicated loan to a copper, gold and silver mine located in the Gobi Desert in Mongolia, which is also backed by a $1 billion political risks guarantee provided by the World Bank’s Multilateral Investment Guarantee Agency (MIGA). Yet the details of this 10-year-old project are constantly changing, meaning that the Mongolian people do not know what or whom to believe. An increasing number believe that it is going to lead Mongolia to dependence on one product and one corporation, driving the country into deep insecurity.

Oyu Tolgoi LLC – 34 per cent owned by the government of Mongolia and 66 per cent by Rio Tinto through its 51 per cent stake in Ivanhoe Mines, now known as Turquoise Hill Resources – applied for the loan to complete its investment in the Oyu Tolgoi mine (see Update 84, 83, 82). In order to bring the mine to full operation it requires a $13.2 billion investment – triple the estimate given when it first negotiated a $4-5 billion investment with the Mongolian government. A concerning feature of this project is that the investment amount and the economic impact vary from document to document. The IFC’s most recent document states that the investment requirement is $11.3 billion, while its summary of investment information states the project is “a $12 billion investment to develop a copper and gold mine”. The IFC promises that Oyu Tolgoi “will increase Mongolia’s GDP by 35 per cent once operational.” Rio Tinto’s promise is slightly different: “35 per cent [GDP contribution] once in full commercial operation or by 2020. The minerals to be mined also vary: as copper, gold and silver; or copper, gold and molybdenum; or just copper and gold in some other documents.

The government of Mongolia is understandably worried about the cost overrun and increasing investment required to bring the mine to operation, potentially reducing the benefits to the government and people. Since the investment requirement changed so drastically the government wants to re-negotiate the deal but the company refuses, accusing the government of ‘resource nationalism’. Meanwhile, the country’s over dependence on the minerals sector is aggressively pushing out its former core sectors: agriculture, tourism and light industry. If by 2020 Oyu Tolgoi produces 35 per cent of Mongolia’s GDP, how much will EBRD-funded Tavan Tolgoi, Tsagaan Suvraga, Erdenet and other IFI-financed Mongolian mega mines contribute?

dependence on one product and one corporation, driving the country into deep insecurity

Donor funding is going either directly to financing mines or supporting its related industries, development of export-oriented infrastructure or financial services to extractives. The statement that donors and IFIs are supporting economic diversification and sustainable development is not supported by the relative amounts of money directed to finance these sectors. Compare the EU’s €5 million ($6.5 million) country budget with the $350 million going to a single mine at Tsagaan Suvraga, or the $4 billion going to Oyu Tolgoi. Since the early 2000s, the Bank’s development policy advice has strongly recommended economic diversification and legal reform to increase the country’s competitiveness to attract large foreign direct investment; create an investor friendly environment by reducing red tape, combating corruption and easing the tax system. Corporate tax was reduced, windfall tax eliminated and all other taxes were stabilised one-way for 30 years for this project. This World Bank-served policy is in violation of the WTO provisions prohibiting subsidy to export products by a member country.

Large mines tend to make promises to bring social development, better education and jobs. Oyu Tolgoi is not employing 90 per cent Mongolians as originally promised, but it is a fact that today most bright and promising youth want to study to serve the minerals sector. Education for mining related professions and/or skill is receiving a much larger chunk of financing than other schools. The IFC’s project document claims that Oyu Tolgoi will spur investment in infrastructure, utilities and services in the Khanbogd Soum region including “$126 million in Mongolia’s largest education and training programme to support university education and vocational training for mining and technical graduates across Mongolia”, but the training centre, built in 2011-2012 in Khanbogd, only houses Oyu Tolgoi’s community relations office. Furthermore, a team of national and international civil society organisations and independent experts from several countries found the Oyu Tolgoi environmental and social impact assessment, compiled and disclosed for the purpose of complying with the IFC Performance Standards, completely inadequate (see Update 84).

At the time the World Bank started preaching economic diversification through large scale mining, the Erdenet copper mine and Boroo Gold with the alluvial gold mining were already producing 60 per cent of Mongolia’s export earnings, which constituted most of government revenues. The government’s diversification talk included developing a knowledge-based sector, IT development, outsourcing, tourism and accessing high-end markets for its cashmere products. Today the so-called economic diversification leads to large mines taking away pasture from nomadic pastoralists, who employ 25 per cent of Mongolia’s workforce and constitute the backbone of its livestock sector, including production of raw materials for light industry:  cashmere, wool, meat and dairy production. Without pasture there is no nomadic livestock breeding as an economic sector. Nomadic herders are also carriers of the ancient nomadic culture of the Mongols, one of the primary attractions of the tourism sector. Tourist attractions such as the dinosaur finds, uninhabited wilderness and rare wildlife of the Gobi Desert and the ancient nomadic culture are under real threat today.

Where does the World Bank see the economic diversification in Mongolia that will ensure sustainable development? In order to bring this promised diversification and prevent Dutch disease, the World Bank should lead donors to match the funding amounts provided to the minerals sector in funding support to the core sectors, which together employ over 40 per cent of the country’s workforce.