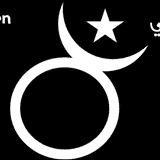 In October 2012, the Tunisian government submitted a draft bill to the Constituent Assembly to shape a legal and institutional framework favourable to public-private partnerships (PPP). As soon as the post-revolution period began in 2011, this proposal began to be drafted by the transitional government led by then prime minister Béji Caid Essebsi.

A proposal funded by the international financial institutions

This legislative process has been strongly supported by international funders and by pressure groups, such as the French think tank IPEMED (Institut de Prospective Écononomique du Monde Méditerranéen). The implementation of the proposal is a loan condition of the European Investment Bank, the African Development Bank (AfDB) and the Organisation for Economic Co-operation and Development (OECD). Tunisia has received these IFIs’ technical assistance to draft the bill, as revealed by an official document called “Operationalising PPP”, issued by the AfDB: “The AfDB and the OECD are pleased and ready to support Tunisia in this programme. Both organisations have worked closely on helping the government to prepare this proposal.”

The International Finance Corporation (IFC, the World Bank’s private sector arm) has also been involved. The IFC is working on investment climate reform in Tunisia, and has said that its “advisory programme will play a key role in improving the business environment, strengthening financial markets, addressing skills mismatches and supporting public-private partnerships in infrastructure.” To “improve” the international investment framework a $2.4 million IFC technical assistance project will work with the ministry of investment to “re-engineer the incentive regime, and introduce the necessary legislative and institutional amendments.”

A proposal drafted by foreigners

During the first discussion round on the proposal, a member of parliament observed: “This draft bill is a translation, it is incomprehensible. The parliament should call the government members for explanations.” Our experts in Tunisian public law have corroborated this impression. Mustapha Beltaief, a professor at the faculty of law and political sciences of the Tunis El Manar University and a former member of the High Authority for the Achievement of the Goals of the Revolution. He asserts that: “Looking at the legal terms used, the one who has drafted this draft bill cannot be a Tunisian. Obviously, it has not been drafted by Tunisian legal experts.”

Heated discussions in the parliament

During the second discussion round on the bill by the finance committee, the attending government members were stunned to see the members of parliament so critical of this privatisation bill. The strategic and sovereign sectors have not been spared by the market-oriented structural reform. Without any boundaries, it will be possible to privatise all sectors: defense, homeland security, health, data management – as a result, private companies could have privileged access to public administrations’ data. Furthermore, the PPPs will not benefit regional development despite the government’s claim. First, there is no government strategy to develop the hinterlands; secondly, if private investors had been interested in investing in the development of these areas, they would have done it as soon as lots of advantages were conferred on them, in 1972. They did not. The hinterlands are of interest to the government only for one reason: the exploitation of natural resources. The minister of the economy Ridha Saidi confirmed this when he revealed the first proposed PPP project: the Sra Ouertane phosphate mine exploitation.

Salah Chaouaib, an independent member of parliament, said critically: “You speak of a break with the past, but where is the break here? On the contrary, you are continuing past policies which allowed private companies to exploit our natural resources.” Mabrouka Mbared, member of the political party Congress for the Republic, explained that the IMF “has demanded that Portugal stops using [PPPs] because they have fuelled public indebtedness. Why should we accept to promote the kind of financial engineering which causes states’ bankruptcy!”

Responding to the critical voices, Asma Sehiri, director of the prime minister’s legal department, tried to justify the government policy: “It is not really a privatisation and it is one of the requirements for loans of the European Union.” The statement was clear: the PPP bill is a European requirement for loans. In other words, it is blackmail: loans against market-oriented reforms.

Pressure put by the IFIs

In March 2013, a meeting on PPPs took place in Paris at the French parliament. The long-term goals of the international institutions were revealed during this meeting by the AfDB representative: “Tunisia = Business”. Furthermore, the Tunisian members of parliament were described as “causing havoc”.

Because of civil society and the parliamentary resistance, democracy turns into an impediment to private companies’ business plans. This then raises one question for the government: how to get around parliament?

In May 2013, Saidi declared at a press conference that an “ad hoc commission” would be formed within the prime minister’s office to work on laws, such as the one on PPPs, that are obstructed in the parliament. He also declared in mid May that a new draft bill was being prepared: “Conditions, procedure and mechanisms of the public-private partnerships would be decided by decree”. Should we conclude that the government is preparing a bill sufficiently imprecise to facilitate resorts to decrees, so that the terms of the draft bill could be passed through? It is clearly a trick to force through this law.

The ongoing blackmail and the pressure by the international financial institutions are weakening the process of democratic transition, even though the IFIs officially support it. They are pushing the Tunisian government into adopting arbitrary, non-transparent and dictatorial practices. The same practices that the IFIs did not stop funding during the time of former president Ben Ali.

This time is over; we will not let it happen.