Unlocking the chains of debt 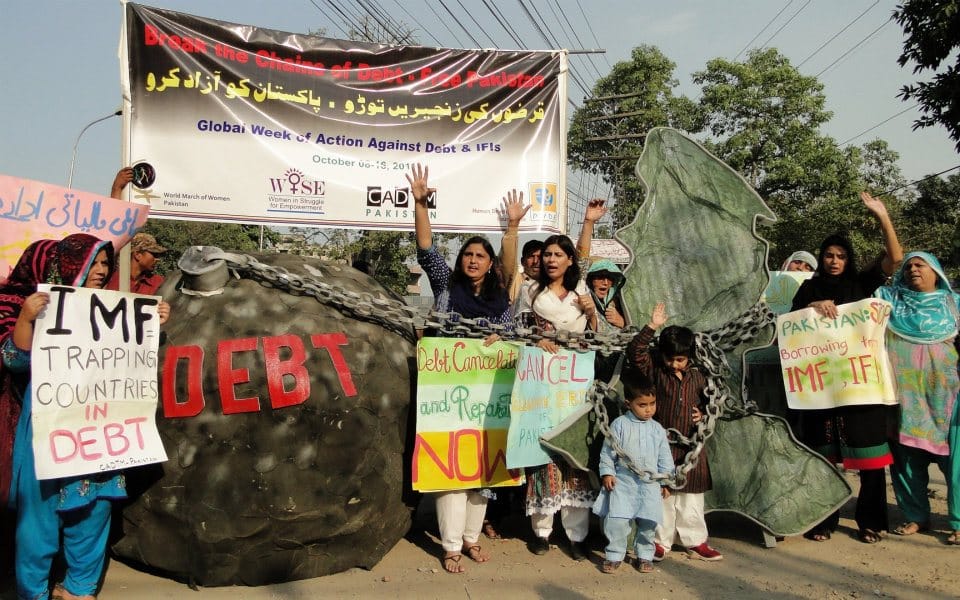 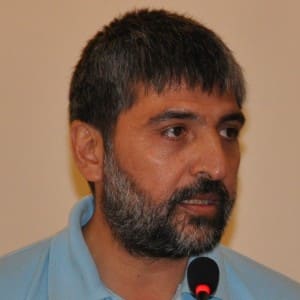 This year, Nawaz  Sharif will take over as Pakistan's new prime minister with expectations of a  'new' vision for the country. Alongside  development and economic issues, Sharif's new government will also be tasked  with tackling the debt repayments that the country is scheduled to make in the  next two years and beyond in a $6.64 billion IMF loan agreement that was  approved in September.

This year, Nawaz Sharif will take over as Pakistan’s new prime minister with expectations of a ‘new’ vision for the country. Sharif will have his hands full; Pakistan is a nation facing economic challenges, chronic energy shortages, widespread poverty, inequality and all too regular episodes of extreme violence. Alongside development and economic issues, Sharif’s new government will also be tasked with tackling the debt repayments that the country is scheduled to make in the next two years and beyond in a $6.64 billion IMF loan agreement that was approved in September.

For four decades, the burden of crippling external debt has continued to strangle the development of Pakistan – a country in which more than 50 million people live below the poverty line. Pakistan’s response to its debt crisis has relied on continual bail-out loans from the IMF. The country has received bail-out loans for 29 years, one of the longest periods of lending to any nation in the world, with the debt being passed down through the generations. Today, Pakistan’s debt stands at $58 billion – including $8 billion in IMF loans made over just two years.

The debt burden is suffocating public spending. Pakistan spends just three per cent of GDP on healthcare and education, forcing the country’s poorest people to revert to the more expensive private sector or rely on aid and development organisations, like Islamic Relief, to provide vital services, where available.

Pakistan’s involvement in the ‘war on terror’, reported to have cost between $68 billion and $80 billion, has further stretched resources; between 24,000 and 38,000 people have been killed in military operations, acts of terror and drone attacks.

Regional climatic changes have increased the frequency – and the economic and social cost – of natural disasters in Pakistan. In the wake of the worst floods in living memory, and the global financial crisis, the country’s debt burden increased yet again to double the $30 billion owed in 2006.

Furthermore, the economic conditions imposed by the IMF have given the organisation major sway over the country’s development – making it even harder for Pakistan to build a more stable economic future. The government has been unable to refuse the IMF’s demand to eliminate oil and electricity subsidies – although these conditions hit the poorest communities the hardest.  IMF loan programmes to Pakistan – including the most recent – have demanded the increase of sales taxes. Throughout the 1980s and 90s, these sales tax increases were coupled with a reduction in taxes on imports. Sales taxes rose from 7 per cent in 1980 to almost 30 per cent by 2000. The combined impact of these regressive changes saw the tax bill for the poorest families rising by 7 per cent, while for the richest they reduced by 15 per cent.

Fuel prices were also to rise under the IMF’s regime; despite the devastating impact this would have in causing essential commodities such as food and energy to become more expensive. During negotiations for a loan with the Fund in 2010, the  second largest party in Pakistan’s government opposed this same condition, which would have pushed poor people deeper into poverty – leading to the near-collapse of the government. As Pakistan reversed the planned price rises, the IMF shut the door to future loans and suspended its loan arrangement until negotiations re-started this year.

The September IMF loan must be repaid by 2015. The IMF provides loans to make sure that Pakistan’s creditors get their money back, but the repayments will add further to the suffering of the country’s poorest communities. External borrowing can reduce poverty when invested in useful projects which create the revenue to repay the debt with surplus used in improving the lives of Pakistani people. However, foreign lending may be wasted on failed projects or consumption rather than investment. Large amounts of foreign lending can undermine the local economy. Capital inflows, or exports of particularly high-value goods, can push up the exchange rate and damage other industries. Pakistan suffered from just such a ‘Dutch disease’ between 2002 and 2008; the elite benefited while workers in other industries lost out. Domestic saving was crowded out, leading to no net increase in investment but more foreign-owned debt.

Deciding whether debt repayments are affordable does not account for the repercussions of reduced expenditure for public services and undermining the domestic economy. Pakistan’s debt repayment costs have been rising dramatically to over $6 billion a year, which is over 20 per cent of export revenues. Repaying the debt may trigger an economic and social crisis. It will certainly increase inequality, injustice and instability in Pakistan and the wider region.

A July report by Islamic Relief and Jubilee Debt Campaign, Unlocking the chains of debt, calls on the IMF and other foreign lenders, as well as the government of Pakistan, to protect and improve the lives of millions of poor people. It recommended that repayments are suspended until a public audit into Pakistan’s debt has been carried out, unjust debts cancelled, progressive taxation reforms introduced, and public spending rebalanced towards poverty reduction and infrastructure investment.

Unlocking the chains of debt