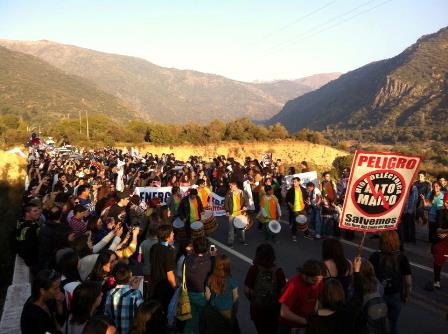 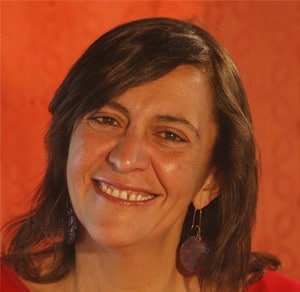 The Alto Maipo hydroelectric project is being developed by AES Gener, a Chilean subsidiary of US-based AES Corporation based in Chile. The project is located in the river basin of the Maipo river, in a valley near to Santiago, the capital of Chile, which has a population of 7 million people. The river basin provides drinking water for 6 million people and 2 million tourists who visit the city annually. It regulates the climate and temperature of the Santiago valley, as well as providing irrigation water for 120,000 hectares of agricultural land. The area is so important that it is protected by several decrees and rulings in the Chilean legal system.

To date the project has received investment of around $600 million and is projected to reach $1.8 billion. To finance the project AES Gener is seeking funds from several banks to fund 60-70 per cent of the project costs including from the International Finance Corporation (IFC, the World Bank’s private sector arm) and IFC officials have made two visits to Chile. On both occasions they met directly with groups that will be affected by the project who told them about the project’s design faults and the negative impacts it will have. The project is opposed by all the farmers who use water for irrigation, tourist and construction materials trade associations, trade unions and citizen associations.

Since the project began in 2007 there has been a lot of public interest. When the project was reviewed by the environmental authority in 2007, all the public authorities gave it a negative assessment because environmental impacts were not fully taken into account.

The public authorities identified many negative impacts on areas supported by the river-bed including irrigation canals, drinking water collection points and areas to extract construction. The General Water Authority highlighted the negative impact on flora and fauna as well as water irrigation which would weaken the security of Santiago’s supply of drinking water.

The project is predicted to lead to the desertification of an estimated 100,000 hectares of the river basin as a result of water extracted from the river basins’ source and the building of a drainage system of 70 kilometres of tunnels. This is in a context where climate change is increasing the pace of glacial melt in the project area. AES Gener has run a major campaign to delegitimise the groups who have legally challenged the project’s impact, and also been involved in behind the scenes lobbying to secure funding.This lobbying led to the project being approved by the highest ranks of the administration of then president Michele Bachelet. Due to the irregularity of the process in relation to the Alto Maipo project an Investigative Parliamentary Commission was created in the Chamber of Deputies, the lower house of parliament. The Commission voted unanimously that the environmental evaluation process and subsequent approval was corrupt and should be annulled. To date several prominent lawyers have begun lawsuits in Chilean courts. International court cases are also being prepared to be put before international courts. In addition social movements have held massive street protests which without doubt will impact on whether the Alto Maipo project starts to be built. The project should be changed and evaluated again under Chile’s legal system.

In addition Alto Maipo was presented as a project that would be able to generate 530 MW of electricity for Santiago. But this was shown to be false because the average will only be 160 MW due to the hydro resources available. AES Gener recognises this and said they would be supplying 2,300 GW per year to the grid. Nevertheless in June AES Gener signed a contract with the company Antofagasta Minerals (of the Luksic group) which gives it control over 40 per cent of the property of the project and all the energy that can be generated over a twenty year period for its mining project Los Pelambres.

Furthmore that the water and sanitation company Aguas Andinas whose only objective is to provide drinking water to the city of Santiago irrefutably opposed the project. Nevertheless in December 2010 Aguas Andinas reached a secret deal to deliver water – that was meant to be used for drinking water – to AES Gener for use in hydroelectric generation for 40 years.

Chilean law does not mandate that water should be used in sanitation ahead of use in hydroelectric generation. It is in this context that AES Gener has made its position clear in public documents that it will use drinking water for energy generation. This situation is made worse by the low fines that exist for noncompliance for sanitation concessions. It is unprecedented for two private transnational companies to be able to take control of and manage the drinking water of millions of people without the population and the relevant government authorities knowing. Currently several organisations as well as eight senators are challenging this agreement.

The facts are clear and make a strong case against the project continuing. It does not meet the necessary legal, economic, social and environmental requirements. The project does not include any measures to mitigate its impact and is not economically viable.

Fresh water is a vital element and source of life that cannot be replaced. It is a fundamental human right and therefore cannot be commodified to the extent that it puts the present and future of millions of Chileans at risk.