Eurozone crisis: We must learn to do without the IMF

Eurozone should relieve the IMF

The Greek economic crisis and the experience of austerity

IMF and the Troika: three's a crowd? 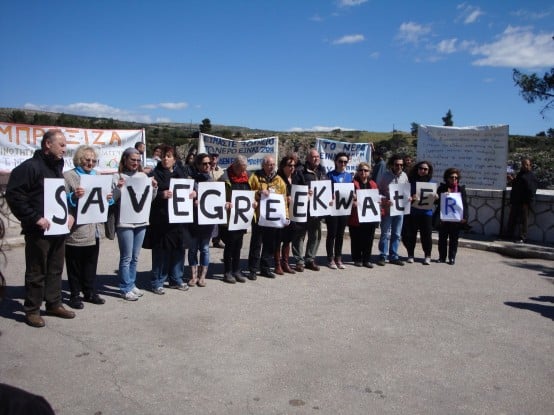 The IMF has come under renewed pressure to justify its role as part of the Troika of lenders, also comprising the European Commission and European Central Bank, providing emergency lending to eurozone states (see Update 86, 83). In July, Viviane Reding, EU justice commissioner, became the latest high profile European figure to demand that the IMF leave the European crisis to European institutions to resolve, saying “the time of the Troika is over”. EU Commission head Jose Manuel Barroso quickly followed Reding’s remarks by argued that European institutions were capable of managing any fresh lending requirements independently. Lagarde defended the role of the IMF in July, saying “the troika members have had a very solid and productive relationship”. The UK newspaper the Financial Times remained unconvinced, publishing an August editorial arguing that the “eurozone should relieve the IMF”. It pointed out that in practice the IMF was a junior partner and “relegated … to second fiddle” and that it lacked the courage “to protest”. It concluded that “freeing the IMF from its dead marriage with Europe will make it easier for it to tell the truth … and harder for the eurozone to ignore its own policy failures.”

The involvement of the IMF with lending partners is not unprecedented, and has often in the past been a feature of crisis lending. Furthermore, an August blog by Stéphane Cossé, a former senior economist for the Fund and now of the Paris-based Institut d’Etudes Politiques pointed out that the IMF normally provides support to countries suffering an imbalance of payments, but “in the eurozone … the balance of payments is in equilibrium and the euro remains a strong currency, which therefore in no way justifies intervention by the IMF”. Cossé argued that at the outset of the crisis the IMF provided technical expertise and experience in addressing a crisis situation, but eurozone states have now implemented new powers for the European Central Bank (ECB) and created loan funds (the ECB has the power to conduct Outright Monetary Transactions, or OMT, and the European Solidarity Mechanism or ESM has also been created to act as a loan fund for crisis nations) designed to “rapidly come to the aid of states”. As a result, Cossé asked “is it not time for the eurozone to declare that it can do without the IMF?” Developing countries have also repeatedly expressed concern as to whether the IMF’s involvement in the eurozone reflects an even-handed treatment of richer and poorer countries (see Update 84).

In July the IMF Executive Director Paulo Nogueira Batista, who represents 11 central and south American states on the Fund’s board, abstained from the vote to approve an €1.8 billion tranche to Greece, arguing that the country was being saddled with loans it was unlikely to repay, though he backtracked the following day after widespread media coverage led to pressure to reverse his position, including from Brazil’s finance minister. Nogueira Batista’s reported remarks included that Greece’s political and economic problems “confirm some of our worst fears” and that the Fund’s own economists were guilty of “over-optimistic” assumptions about Greece’s economic performance. Brazil’s finance minister immediately denied that their representative’s position was authorised by Brazil or the other countries represented by Nogueira Batista, calling the abstention a “mistake”.

Privatisation to be privatised?

Privatisation revenues required by the Troika have consistently fallen short  of targets set by Greece’s lenders (see Update 86). Reports in August suggest that Troika officials have commissioned a strategy document to develop a holding company in Luxembourg, which will employ “foreign experts” with the power to sell publicly owned Greek real estate and property independently of the Greek government. The proposal suggests that the Greek government would retain control over the decision of when to sell. The current privatisation program includes 80,000 state-owned buildings and tourist facilities but few deals have been completed. Over 130 civil society groups and 50 members of the European parliament (MEPs) signed a July letter to challenge privatisation of a regional water company, which has been put out to tender due to the privatisation requirements set by the Troika agreement. The group wrote to all the bidders for EYATH (the Thessaloniki Water and Sewage Company) on behalf of a number of local campaigners to request that they drop their bids for the utility. Maria Kanellopoulou of campaign group Save Greek Water said “EYATH is the first case of water privatisation that we need to stop to make sure it does not spread”. Similar campaigns by local residents have sprung up to stop the sale of public mines, including at the Halkidiki goldmine. Gabriella Zanzanaini of NGO Food and Water Europe said that residents’ resistance “managed to stall the mine’s activities”. She added that “this is the same situation we see for the protection of public water and EYATH in Thessaloniki”. Greek MEP Kiton Arsenis  said “opposition to the sale of water services will pose a toll over any company that takes part in these privatisations. Companies should make a profit from the trade of private goods, not from acquiring market control over public goods … the European Parliament is sending a clear warning to the Greek government that the privatisation of water is neither welcomed nor helping Greece to exit the crisis”.

Patricia Miranda, of Bolivian NGO Fundación Jubileo, identified parallels to the privatisation imposed in Latin American countries during IMF programmes during the 1990s and 2000s. She argued that the Fund’s conditionality led to “privatisation processes … in sectors such as water, mining, pension funds and health, amongst others”. Despite fiscal deficits being the justification, Miranda pointed out that following privatisation “revenues decreased [while] prices of basic services increased” as occurred in Bolivia during the “ ‘Water War’ in 2000 … where the population rose up against water privatisation because of the high prices and social conflicts, leading to expulsion of the private foreign company.”

Underlying the attempts to meet privatisation targets is the controversy amongst Greece’s Troika lenders over the appropriate target for the level of Greece’s debt relative to GDP, which was set at 120 per cent after fraught negotiation between Troika members in late 2012 (see Update 83). During the second loan agreement Troika members clashed over the debt stock because the IMF was no longer willing to accept any new agreement without an approach to manage this debt pile.

August media reports suggested that the changed target may itself be unrealistic, falling short by as much as 4 per cent of GDP. Talks commenced over a plan to extend the maturities, or repayment deadlines, of Greece’s debts by as much as 30 years. The reports also indicated discussions have begun about how to restructure the current € 240 billion of loans held by Greece (see Update 86). The Fund’s July quarterly review found a €4.4 billion euro funding gap for 2014. Greek officials have until early October, during presentation of the draft 2014 budget to parliament, to demonstrate how this will be covered. The review points out that without sharply increased tax revenue, “a credible 2014 budget would again need to be centred on painful expenditure cuts”. Fund spokesperson Gerry Rice responded said in August that “there are no discussions regarding a new [Greek] programme”, adding “the programme is fully financed through the next 12 months”.

These debates may be futile, given estimates from an August study from US-based Levy Institute which suggest that GDP will grow more slowly and employment will fall by more than current projections underpinning the Troika programme imply. Instead, further cuts and lost growth to meet Troika targets will condemn Greece to deep recession until 2016 and a further 300,000 people may lose their jobs (adding to 600,000 lost in two years from 2010).

Greece announced in September that excluding interest payments on its debts, it had generated a positive surplus for the previous six months, having spent less than it received in revenue over that period. This means it could begin to repay some of the debt it owes itself for the first time, though a half of its €3 billion surplus was due to an unprecedented move by the ECB to transfer profits made on Greek debt. Nevertheless Greek debt is currently equivalent to 175 per cent of its GDP, and achieving the 120 per cent target will necessitate that its lenders – now almost entirely accounted for by the Troika members – accept a loss on some of their loans, either by writing off a portion of it or by extending the repayment period.

Eurozone crisis: We must learn to do without the IMF

Eurozone should relieve the IMF

The Greek economic crisis and the experience of austerity

IMF and the Troika: three's a crowd?