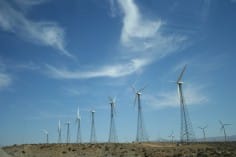 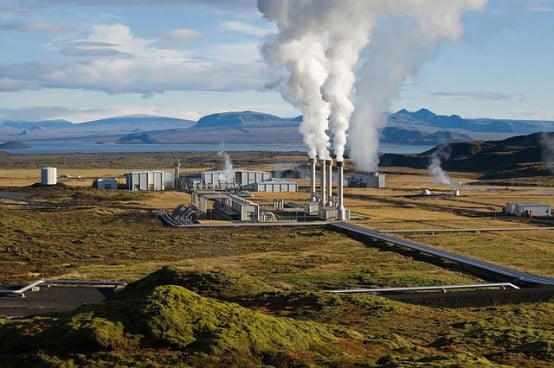 Tanzania’s investment plan was endorsed by mail in July. It joined the other six SREP countries Ethiopia, Honduras, Kenya, the Maldives, Mali and Nepal. Liberia is expected to submit its plan to the October sub-committee meeting for endorsement. According to the August CIFs FY14 business plan and budget, 18 proposals for project funding would be put forward for approval in FY13, but noted “this target clearly proved too ambitious, and was adjusted downward (to four projects)” in March. The May sub-committee meeting also raised that “a significant number of projects” due to be approved during FY13 were not submitted and urged the MDBs to speed up this process in FY14. Looking ahead to FY14, MDB support for programming activities will target the preparation and submission of the investment plans for Armenia, Liberia, Solomon Islands, Vanuatu and Yemen. The remaining plan on Mongolia is expected to be delivered in FY15.

Decisions are due to be made on funding for proposals under the SREP private sector set-asides at the October sub-committee meeting. The procedures for how the private sector should be funded were presented in April, including how to assess coherence with country investment plans, level of innovation, feasibility and demonstration of private sector support. A July-appointed expert panel has ranked the 12 proposals received and proposed a priority list of six concepts (from Maldives, Mali, Kenya, Nepal and two from Honduras) for a total of $84.6 million to be allocated from the $90 million available. In addition, the panel has listed three concepts requiring further work, should further funding become available. Eleven of the proposals requested concessional loans, with three of them also requesting additional grant funding. Only one requested grant funding.

Six countries were selected for SREP pilot programmes in 2010: Ethiopia, Honduras, Kenya, the Maldives, Mali and Nepal. A seventh country, Tanzania, was approved in March 2012 and an eight country, Liberia, in January 2013. All the investment plans of the original pilot countries have been approved. Tanzania’s investment plan was endorsed in July and Liberia is expected to submit its plan to the October sub-committee for endorsement.  Three countries and one region remain on the reserve list: Armenia, Mongolia, Yemen and the Pacific Region.

As of end June, $524 million had been pledged to SREP and four projects had been approved for a total of $46 million ($19 million in grants and $27 million in concessional loans). Cumulative funding decisions by the SREP sub-committee total $62 million.

Following on from previous discussions on the frequency and extent of reporting (see CIFs Monitor 7) the SREP sub-committee meeting in October is expected to review progress of assessments being undertaken in SREP countries. In June the CIF administrative unit requested approval of the concept note for a proposal for reporting on enabling environments for promoting energy investments, together with $530,000 funds to proceed (SREP to provide $340,000, the World Bank $115,000 and USAID a further $75,000). This work is based on an April proposal from the CIF administrative unit for an annual or biennial global index report on the business environment for energy to “track policy indicators related to improving the business environment for investments in renewable energy, energy efficiency, and energy access in each SREP country”. The framework “will also allow for the comparison and benchmarking of enabling environment conditions among countries as well as tracking progress over time.”

Comments from countries, including the US, Sweden, and Spain, focussed on the perceived high implementation costs, whether the reporting would focus only on SREP countries, how work on indicators would be integrated with other initiatives such as Sustainable Energy for All (SE4ALL) and whether ‘negative indicators’ (e.g. fossil fuel subsidies) would be included. The World Bank responded to the sub-committee in July justifying the projected budget and said it would aim to reduce costs where possible upon which the proposal was approved.

Tanzania’s investment plan was endorsed in principle at the inter-sessional meeting of the SREP sub-committee in July. The aims of the investment plan are to facilitate an enabling environment for public and private policies, increase investment in renewable energy and to increase energy access with positive social benefits. The plan requested an indicative allocation of $50 million and centred on two key projects.

Prior to approval several countries queried if expectations of significant private sector funding were realistic. The US and Australia said: “like others, we notice that there is a significant expectation of private co-financing in the program. Essentially, you are relying on public finance for development and hope to attract private infrastructure finance later.” The Tanzanian government replied there was already private sector interest and it was confident the required investments would happen if promises of adequate returns could be made. It added, “the government has instituted a range of energy sector reforms which have attracted private sector investment to boost electricity supply”.

Before final approval in September, Switzerland confirmed it would endorse the investment plan but said it was “still not satisfied with the answers regarding the very high leverage factor for private sector investments (including commercial bank loans) to be mobilised for the geothermal component. The mere mentioning of this funding in a financing table of the investment plan is not enough”. In a final response, the government of Tanzania said it acknowledged the “recommendations provided by Switzerland and will definitely be taken on board during the project preparations”. The UK stated, “Given the importance of community consent, involvement and awareness to off-grid market expansion, the programme design should set out a stronger approach to facilitating community and CSO engagement”. The Tanzanian government replied that the IFC had the necessary experience and knowledge to carry out community engagement.

Liberia is expected to submit its plan to the sub-committee for endorsement at the October sub-committee meeting. An August joint mission with representatives from the World Bank, the IFC and the AfDB visited Liberia to meet the government, private sector and civil society and “support the government in designing” the plan which could receive funding of up to $50 million. A May progress update on Liberia’s preparations for SREP funding noted that “although the stakeholders have been responsive by participating in the consultation activities, it has been quite a challenge in reaching all stakeholders across the country”. It identified that it will be important to “make capacity building a key component of the investment plan given the low capacity on the ground”.

In mid-October, $2.9 million was approved for a sustainable rural energisation project that will focus on “building enabling market conditions and strengthening a network of rural enterprises to promote, build, distribute, maintain and supervise the installation and proper use of clean cookstoves.” Switzerland asked for more detailed budget information including amounts to be distributed via the “three proposed financing modalities that are to be promoted (i.e. (a) cost-share incentives; (b) carbon credits/payments for environmental services; (c) loan products for the clean cookstoves sector).” Spain approved the project but asked for transparency over beneficiary selection to receive finance subsidies and microcredits to acquire cookstoves. The UK approved the project but asked in future for approvals to include all project components.