Conflict or consent? The oil palm sector at a crossroads 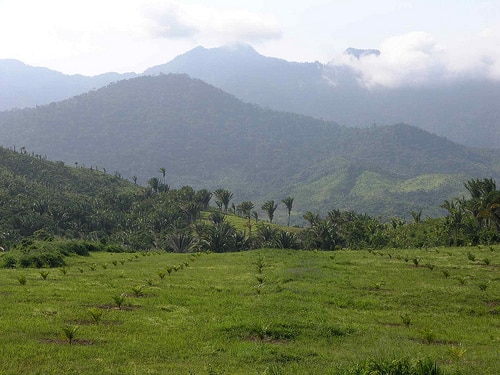 A CAO report into the IFC's controversial role in Honduras palm oil company Dinant, has stalled with Bank management as civil society groups call for Bank president Kim to take action against the human rights abuses.

An audit report on a palm oil project in Honduras, managed by Corporación Dinant and co-financed by the International Financial Cooperation, the Bank’s private sector arm (see Update 85), was finalised at the end of October, by its accountability mechanism, but is currently being held up by Bank management. It was initiated due to claims that Dinant had been involved in forced evictions of farmers in the Bajo Aguan region, where the corporation’s palm oil plantations are situated. In early November, a letter signed by the 25 Honduran civil society organisations that make up the Plataforma Agraria, called upon the Bank’s president, Jim Yong Kim, to listen to the report by the Compliance Advisor Ombudsman, and implement the “corrective measures to end the financing of actors and projects that violate human rights”.

In another letter to the Bank’s president in the same month, 27 civil society organisations named the Corporación Dinant audit report an “upcoming test of [the Banks’s] Management`s commitment to meet its responsibility”. Civil society have also previously criticised the Bank for failing to act on the findings of the accountability mechanism (see Bulletin December 2013). A November report covering palm oil, by UK based NGO Forest Peoples Programme, states that “communities express concerns over procedural issues in the mediation, lack of structure, sufficient information-sharing and communication between the parties and the joint mediation team, leading to perceptions of the CAO as passive rather than neutral”.

Conflict or consent? The oil palm sector at a crossroads