Learning from failures or repeating mistakes 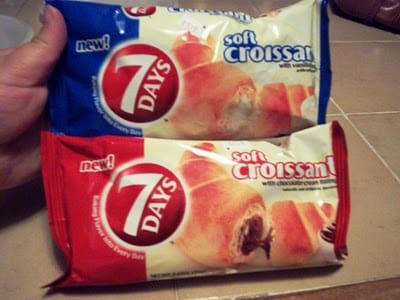 The size and importance of the International Finance Corporation (IFC, the World Bank’s private sector arm) has grown year-on-year since 2005, and it now accounts for nearly 42 per cent of the World Bank Group’s annual commitment. The approval of the Bank’s new strategy in October gives a central role to the private sector (see Observer Autumn 2013).

Bank president Jim Yong Kim argued in a blog in October that the private sector has a key role to play in “our fight to end extreme poverty” and “if we engage responsibly with the private sector, to leverage their investment and talent, we can create far more good jobs for the poor. If we create more jobs, we can lift more people from poverty.” The IFC has to justify each of its private sector investments based on the predicted tangible improvements it will have in developing countries to reduce poverty and increase shared prosperity. In line with the IFC’s development outcome tracking system positive development outcomes often identified include the number of jobs created and an increase in government tax revenues.

However, the IFC has a track record of investments that critics have said have weak or indirect development outcomes. Emblematic cases include funding for luxury hotels in Ghana, Jamaica, Guinea and Haiti (see Update 86, 84). Civil society groups have repeatedly criticised these controversial IFC investments, arguing the World Bank should use the funds it receives from donor governments (and their taxpayers) to directly benefit the poorest and most vulnerable. Commenting on Kim’s blog the US-based NGO the Center for International Environmental Law cited the example of the controversial Chad-Cameroon pipeline, which has displaced indigenous communities from their lands and caused ecological degradation, to argue that “private sector development is not a panacea to poverty. Without the necessary elements in place (for example, good governance, respect for human rights), private sector engagement can deepen the cycle of poverty.”

Reflecting on a civil society workshop on private finance and infrastructure financing held in Lima in October, Maria José Romero of Brussles-based NGO Eurodad said: “While it is true that the private sector is a critical driver of economic growth, participants in the workshop agreed on the need for a deeper rethink of the role of the private sector in development. As Third World Network pointed out in a recent briefing paper, there is also a need for a re-assessment of the role of the state in development and in setting the right priorities and conditions for both the foreign and domestic private sector.”

Romero also noted that: “large energy or infrastructure projects, such as the ones being promoted by multilateral bodies, typically involve significant trade-offs, do not always directly contribute to poverty reduction in the areas in which they are situated and can have significantly adverse impacts on local communities.”

Learning from failures or repeating mistakes