Climate justice, not loans: World Bank and ADB must “stop the madness”

FDC to WB, ADB: Stop Hovering Around Like Vultures

Philippines: Life before debt petition to the World Bank

The IMF won’t be Argentina’s pari passu frenemy. Why?

The new debt vulnerabilities: 10 reasons why the debt crisis is not over 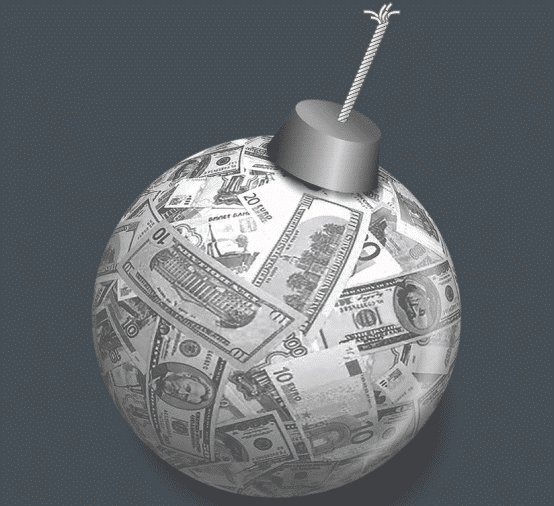 During the IMF annual meetings in October, Grenada minister of economic development Oliver Joseph published an open letter saying that his country is “saddled with a debt that cannot be sustained” and that it “urgently needs debt relief from all its creditors”. After pressure from domestic civil society, particularly the conference of churches, he plans to explore “an independent debt sustainability assessment, external mediation and a creditor’s conference”. Curcially, he wrote: “we have been discussing with stakeholders fairer and more efficient ways of dealing with sovereign debt crises. We are prepared to become pioneers of a new debt-restructuring model that would spare countries from protracted entanglement in the debt trap.”

Debt problems are also plaguing countries in the Middle East, there are particular worries about the impact of Syrian refugees on already strained public services in neighbouring countries. In July the World Bank agreed a $150 million loan to Jordan, but this was roundly rejected by NGOs. A mid October statement by 16 regional civil society groups argued: “It is unjust to give loans, rather than grants, in response to a crisis. More so as the funds provided by the UN and other international donors barely amount to half of what is needed. The last thing these countries need is more debts that will further deepen the economic crisis they’re living.” They demanded a stop to loans and that “the international community should be providing support so that refugees can be helped, without negative impacts on local economies and development.”

The massive mid November typhoon in the Philippines has raised worries about debt levels there too. A statement from Philippine NGO IBON International, released at the time of the UN climate change negotiations, demanded that the World Bank and Asian Development Bank “stop the madness” of issuing loans for rehabilitation and reconstruction. Similarly a late November statement from Ricardo Reyes of Philippine NGO Freedom from Debt Coalition said “justice for the Filipino people demands debt cancellation, especially the illegitimate ones – odious, onerous, patently illegal, violative of human rights, harmful to the people, environment and climate, and bereft of institutional processes of consent of the people.” An online petition to the Bank launched by UK NGO Jubilee Debt Campaign “urgently call[s] for the cancellation of debts claimed from the Philippines.”

promote a hidden agenda ... that puts the IMF in the centreJürgen Kaiser

IMF refuses to side with Argentina against vulture funds

The most high-profile sovereign debt issue has been Argentina’s battle with hold-out creditors from its 2002 debt restructuring. The dispute has ended up in the US judicial system, with the hold-outs, dubbed ‘vulture funds’ by campaigners, suing Argentina. In mid July the IMF had planned to file an amicus curiae, a legal briefing from a party with views on the subject but not a party to the case, with the US appellate court that was hearing the case. The Fund was reportedly going to argue that a ruling in favour of the hold-outs, would have “broad systemic implications … for the debt restructuring process in general”. However, at the last minute an IMF spokesperson announced: “the IMF’s managing director has withdrawn her recommendation” to file a brief “following the US authorities’ decision to no longer support the filing at this stage.” Media reported that the US withdrawal of support was due to strong political lobbying in Washington by the vulture funds.

A tide of debt, or a new crisis? the global financial crisis”, finding that globally “debt vulnerabilities have changed, but overall they have not been substantially reduced.” It ran through 10 reasons why the crisis is not over, including that “capital is moving around the globe in an uncontrolled way”, “private debt is on the rise”, and “effective debt workout mechanisms do not exist”.

The paper highlights that “11 new sub-Saharan sovereigns have started to tap international bond markets for the first time since 2007. … Large bond issues lead to maturity concentrations, a large pile of debt that may account for several per cent of the concerned countries’ GDP needing to be refinanced at the same time.” Tanzania’s sovereign debt plans are the most notable of 2013. After a spring private placement of $600 million in sovereign debt with foreign investors, Tanzania’s July agreement for an IMF programme included further non-concessional borrowing of $700 million. However, in late August the country asked the IMF to lift this debt ceiling limit to $1 billion. At the time of an early November IMF staff visit to the country, the Fund had yet to signal agreement with this request. News reports from mid-November downgraded the bond’s size from $1 billion to $750 million, planned for gas pipeline and power plant investments.

The Eurodad report concluded that the world needs an orderly insolvency regime for states. It argued that “a new debt resolution mechanism for sovereign debtors must: be independent from creditors; be transparent in decision-making; and take the developmental needs of indebted states and the human rights of its citizens into account when decisions are made.”

New proposal for an IMF mechanism

However, an early October report, lead authored by six debt experts hailing from academic and legal institutions, has called instead for a new IMF-hosted debt resolution mechanism, which does not look to meet the Eurodad criteria. The report – produced under the aegis of the Committee on International Economic Policy and Reform, a non-partisan, independent group of experts, comprised of academics and former government and central bank officials – notes that “the world is currently less equipped to handle problems of unsustainable debt than at any time since the 1930s. At the same time, the extent of these problems has grown.” While the report included specific recommendations for European regional debt solutions, at the global level it argued that “incentives are stacked against the timely recognition and restructuring of unsustainable debts. Recent court rulings encouraging holdouts, discouraging creditor participation in debt exchange offers, and bringing into question the IMF’s priority status, will make this problem worse.”

The authors give two competing recommendations: coordinated use of stronger collective action clauses in sovereign bond contracts; and “the creation of a Sovereign Debt Adjustment Facility (SDAF) by the International Monetary Fund, which would combine IMF lending with debt restructuring.” This proposed facility would require the Fund “to establish criteria under which countries would be eligible for an SDAF in a similar fashion as the criteria that were established for qualification under the Heavily Indebted Poor Countries initiative”, a mid 1990s programme that selected some low-income countries for debt relief. A key requirement for the new proposal to work is: “countries that fall under the criteria determined by this scheme would not have access to IMF crisis lending except under the SDAF.”  The authors argue that the SDAF’s main distinguishing feature “would be to establish a commitment device that would preclude the Fund from financing countries with doubtful debt sustainability.”

Despite recognising that the IMF is “viewed as both susceptible to political pressure and subject to conflicts of interests through its own role as a large creditor”, the authors do not discuss how to counter these problems in the SDAF. Instead, they assert that in making a debt sustainability assessment “the Fund would be guided by the principle of equitable burden sharing among all classes of creditors except for recognised exceptions such as multilateral financial institutions and, where appropriate, trade/supplier creditors, short-term treasury bill holders and similar categories.”

Jürgen Kaiser of German NGO erlassjahr accepted that the proposals in the report had some merits, he also found that “practical proposals for a reformed scheme are disappointingly weak” and lamented the lack of reference to existing civil society proposals. Kaiser wondered if the authors sought to “promote a hidden agenda, one that puts the IMF in the centre of a reformed sovereign insolvency framework. From the point of view of the IMF this scenario would be perfect. Some of the best brains of the relevant academia do suggest a smart re-launch of the SDRM [Sovereign Debt Restructuring Mechanism], i.e. a reformed debt work-out procedure, which builds first and foremost on the Fund’s abilities to define and enforce rules – without Fund staff having to expose themselves.”

A late November article in the New York Times claimed that the IMF “is pushing hard for a plan that would impose upfront losses on bondholders the next time a country in the euro area requests a bailout.” It is referring to the Fund work on four policy papers expected within the next year as follow up the board discussion on sovereign debt in May (see Update 86). The article claims “the proposal — which is still being hashed out behind the scenes by top economists and lawyers at the Fund — is encountering stiff resistance, not just from the powerful global banking lobby, but also from European policy makers, and more recently, the United States government.”

The New York Times article references an experts meeting in late November in California which included Anne Krueger, former IMF deputy managing director and the author of the SDRM proposal in 2002 (see Update 32, 28). The meeting summary  concludes that the IMF should require a “reprofiling” of existing sovereign debt at the outset of any loan and needs to grapple with the problems created by the “voluntary” nature of existing restructuring mechanisms. However, they fail to advance or endorse the SDAF proposal, despite two of the SDAF proposal authors attending the meeting.

While the experts and insiders debate, activists who continue to reject the build-up of debt in many countries got a boost. In late November, the pope himself decried the impact of debt on poverty and inequality. In an exhortation, pope Francis diagnosed “the new idolatry of money” as a problem facing the world and argued that: “Debt and the accumulation of interest also make it difficult for countries to realise the potential of their own economies and keep citizens from en­joying their real purchasing power. … Money must serve, not rule!”

Climate justice, not loans: World Bank and ADB must “stop the madness”

FDC to WB, ADB: Stop Hovering Around Like Vultures

Philippines: Life before debt petition to the World Bank

The IMF won’t be Argentina’s pari passu frenemy. Why?

The new debt vulnerabilities: 10 reasons why the debt crisis is not over