Report to the Board of Executive Directors from the Committee on Development Effectiveness : World Bank Group assistance to low-income fragile and conflict-affected states – an IEG evaluation and draft management response

The World Bank: how is it doing? 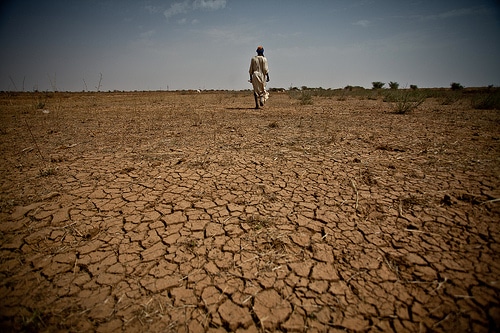 The World Bank announced in October that it would pursue a “new approach” to fragile and conflict-affected states (FCS), such as Afghanistan, Haiti and Mali, 32 out of 35 of which are eligible for support from International Development Association (IDA, the Bank’s low-income country arm).  In response to the Bank’s 2011 World Development Report  (WDR), which recommended the development of robust national institutions in FCS, the Bank radically overhauled its FCS policy, and established a global ‘Nairobi hub’ in Kenya in 2012 to “make its financial support and expertise work better for poor and vulnerable people living in fragile countries” (see Update 77).  In early July the Bank negotiated an increase in the IDA allocation to FCS as part of the IDA 17 replenishment process (see Update 86).

The draft November IDA deputies report in advance of the final pledging meeting in mid December, confirms the changes in allocations for FCS. In its comments on the draft report, NGO Oxfam International called for the analysis of the drivers of fragility and conflict to be “integrated in all IDA programs in FCS”. Oxfam went on to highlight the need for “the analysis to be done before investing in the private sector (supporting the wrong types of companies could fuel conflict).” Oxfam said “financing is not enough; the World Bank also needs to improve its practices.”

The new Bank Strategy, published in October (see Observer Autumn 2013) announced that the “specific challenges” of FCS would receive “critical attention”.  Bank president Jim Yong Kim said this will require the Bank “to be bolder, take more risks, and commit more resources”.  Kim also elaborated on the IDA funding in an early October speech, saying he hoped to double the allocation “by about 50 per cent in the next three years”. He revealed that the International Financial Corporation (IFC, the private sector arm of the Bank) would match this increased funding. The Bank has previously announced plans to incorporate “drivers of fragility and conflict” into country strategies for all IDA FCS, and for joint IDA and IFC business plans to be developed for at least 10 countries.

In its new strategy, in which the Bank pledged to act “as one WBG”, ‘fragility, conflict and violence’ is positioned as one of five “cross cutting solution areas” which run alongside 14 global practices, According to Bank staffer Keith Hansen’s November blog,  this new structure will “expand our knowledge and better connect global and local expertise for transformational impact” (see Observer Autumn 2013).  This evidently includes cross-agency working.  In early November, Kim followed up his late May African Great Lakes visit with UN secretary general Ban-Ki-moon (see Update 86) with another joint African trip, this time to the Sahel region in West Africa, where  the Bank is heavily focussing its FCS work.  Kim used the visit to announce an extra $1.5 billion ($300 million from IFC funds) “in new regional investments over the next two years” to “support major regional development priorities” including “social safety nets” to  “help families weather the worst effects of economic adversity and natural disasters” as well as infrastructure and job creation.

Phil Vernon from UK-based peacebuilding NGO International Alert welcomed a new approach at the Bank, but questioned in an October blog  whether it would lead to a different way of working on FCS. He pointed to “signs of a continued sense of resistance to change, or strategic suggestions not taken on board by country teams because of old ways of thinking, and of civil society consultations held but then ignored”.  For Vernon, the question remains:  “is such a huge institution really the best mechanism for transferring resources from wealthy to poorer countries?” Part of the change required, he believes, is the choice of the right “tool”: “One of the themes of the Bank’s reform strategy is to become more of a ‘connector’ than an implementer, and this seems very appropriate in the face of the many challenges in promoting resilience in FCS.”  This may mean that the Bank needs to “step aside with honesty and humility when it does not have … [comparative] advantage.”

The prospect of the Bank stepping aside is made all the more unlikely by its claims of relative success on FCS programmes. Joel  Hellman who headed the Bank’s ‘Nairobi  hub’ wrote in a Bank October blog that since 2009 Bank FCS projects have outperformed projects in non-FCS.  However critical questions remain over the drivers of good performance, the type of results sought and the type of impact indicators used. Only two years previously in its WDR, the Bank pointed to the failure of a single low-income FCS to achieve any of the Millennium Development Goals  (see Update 77).  The Independent Evaluation Group (IEG) evaluation of the Bank’s FCS programmes, published early December, identified major flaws in the Bank’s approach, including that “Country assistance strategies have lacked tailoring to fragility and conflict drivers and realism” and also that the Bank “lacks a realistic framework for inclusive growth and jobs” in FCS.

The Bank board’s Committee on Development Effectiveness (CODE)’s October summary of its discussion on the IEG evaluation was also critical of the Bank FCS programmes: highlighting “room for improvement” in the Bank’s approach.  It urged Bank management to “better incorporate fragility and conflict drivers, contingency provisions, jobs and gender in Country Partnership Frameworks (CPF).” CODE singled out the definition of ‘fragility’, calling for a review of the mechanism defining fragility status to incorporate conflict, violence, and other pertinent criteria”. The summary also emphasised  “the need to build institutional capacity in FCS to foster sustainable delivery of services through legitimate public institutions”, in contrast to the Bank’s increasing emphasis on IFC funding.

Despite IDA resources overall being strained, the increased allocation to FCS means that the issue now is less about ‘how much’ and more about  ‘how’ the bank will operate in FCS. The depth of the Bank’s reforms remains uncertain.  Monica Stephen of International Alert commented: “A strong strategy is not enough, will the Bank actually shift incentives and the way it works on the ground to engage with the complexity of supporting peace and development progress in FCS?”

Report to the Board of Executive Directors from the Committee on Development Effectiveness : World Bank Group assistance to low-income fragile and conflict-affected states – an IEG evaluation and draft management response

The World Bank: how is it doing?