Should UK aid money be propping up private schools in developing countries? 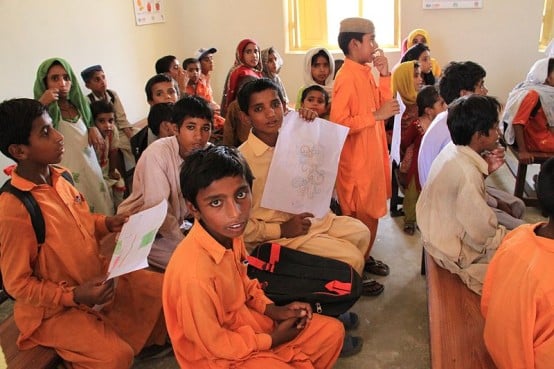 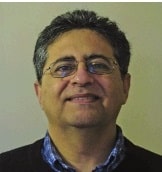 A fast growing and highly segmented private schools market has become a fact of life in Pakistan. The advocates of this trend see these schools, especially the low cost private schools (LCPS), as a promising development.  The number of LCPS has registered a phenomenal increase in the past two decades or so and with over 40 per cent­­­­­­ of all enrolments in private schools, this sector has become too big to be ignored.

Taking note of this development, the Bank funded a longitudinal comparative research initially entitled Learning and Education Attainments in Punjab Schools (LEAPS) in the early 2000s. The study reported that private schools outperformed public schools for comparable student populations. LEAPS also claimed that per student costs in private schools were much less relative to public schools. Drawing on the evidence generated by this study about the educational benefits of the LCPS for the poor in the Punjab province, the World Bank is currently financing tuition replacement vouchers for children from disadvantaged families to enrol in LCPS. The Punjab Education Foundation (PEF), an autonomous statutory body of the the provincial government to promote public-private partnerships in education, is administering a voucher programme, financed by the Bank since 2012 under its $350 million specific investment loan to the government of Punjab.

Recently, the International Financial Corporation (IFC, the Bank’s private sector arm) has taken this work further by conducting a study to identify and respond to the financing needs of the LCPS. As part of its continuation of support to the Punjab’s Education Sector Programme, which includes sector-wide reforms such as improving the access and quality of education, the UK Department for International Development (DFID) plans to follow up by allocating £10 million ($16.2 million) to provide access to finance for potential entrepreneurs in the LCPS sector. In addition to these funds DFID will provide up to £72.5 million to Punjab Education Foundation to fund its existing programs to support the LCPSs, of which £43.4 million will be used to expand the Foundation’s tuition replacement vouchers program.

The likely outcome of both the Bank and DFID’s interventions should be an increase in the number of children attending private schools in Pakistan. The evidence base for these investments is drawn mainly from the LEAPS study while the highly contested and inconclusive nature of the claims of educational benefits of LCPS from research elsewhere is largely ignored.

Notwithstanding the problem with the evidence base for support of the LCPS, what does this mean from the perspective of those campaigning for the right to education in Pakistan? We regard the recent constitutional amendment that promises free and compulsory education to children up to age 16 a turning point in our struggle to get every child in a decent school, regardless of their socioeconomic status.  The Bank and DFID development objectives include improving access, equity, and relevance of education. DFID has attempted to address social exclusion and inequity in education through targeted support to civil society campaigns.

Could tuition replacement vouchers be regarded as instruments of equity? They are not universally available to all children, reaching a very small fraction of the qualifying population. Also they are completely dependent, in the case of Punjab, on Bank and DFID funding, and, therefore, unsustainable. Supporting schools that would charge fees at the point of service runs counter to the constitutional promise made by the state, unless we could somehow universalise vouchers, which will be nigh impossible due to limited resources and a highly segmented market place.

More importantly, the LCPS are similar to public schools since their students are just as likely to remain in what Stephen Ball, professor of education sociology at the Institute of Education, University of London, calls ‘social circuits’ or ‘closures.’  In a highly segmented education market place, children whose parents can afford better schools will have better life chances. In the case of Pakistan, unfortunately, the number of such children is likely to be very small. The inequities manifested at the level of schools are likely to be exacerbated by the ongoing privatisation of higher education. In the conflict-affected provinces, these inequities are already sharpening into instabilities and violence. The LCPS are unlikely to mitigate the sense of social and economic deprivation in which the clientele they serve is already caught up. Aren’t the Bank and DFID running the risk of undermining their own development objectives?

Shouldn’t these agencies instead ratchet up pressure on the government of Pakistan to reverse its current trend of public spending on private education? Support to LCPS distracts the Bank and DFID from leveraging more domestic spending and is contributing to absolving the state of its responsibility to progressively realise the right to education.

Irfan Muzaffar, education researcher and campaigner and one of the founding members of the Campaign for Quality Education in Pakistan imuzaffar@gmail.com

Should UK aid money be propping up private schools in developing countries?