Into the lion’s den: Confronting the World Bank on privatized water 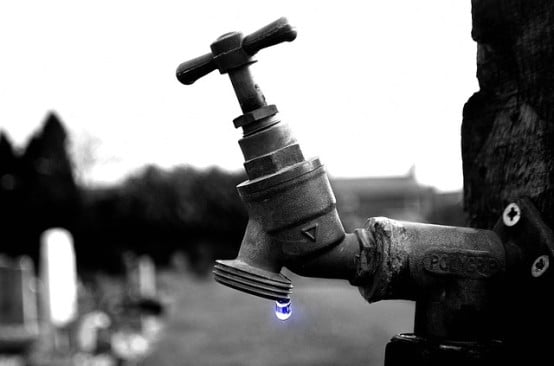 New Bank report highlighting benefits of privatisation heavily criticised by NGOs, pointing to the impact on communities in the Philipines, left without water.

In an August report the World Bank’s water and sanitation programme and the International Finance Corporation (IFC, the Bank’s private sector arm) advocate that investment in water and sanitation should be focussed on the domestic private sector in developing countries to increase access for the poorest. The report found “this will not only improve their livelihoods but is also an enormous market potential which waits to be tapped”.

This approach has been heavily criticised by civil society organisations, including Philippine IBON International and US-based Corporate Accountability International (CAI), who have called on the Bank to stop investing in water privatisation as it fails to improve access to clean water as well as pushing up water prices. At the annual meetings of the Bank in October they called on officials “to stop promoting the privatisation of water utilities, given that it’s not working from the development perspective nor in terms of promoting the human right to water”.

IBON and CAI highlighted the case of Manila, Philippines, where the IFC advised privatisation of the city’s water system in 1997. Since then water rates have increased dramatically and “broken promises of universal coverage and better quality of service” have left many communities without water.

Into the lion’s den: Confronting the World Bank on privatized water