Déjà vu all over again for indebted Caribbean 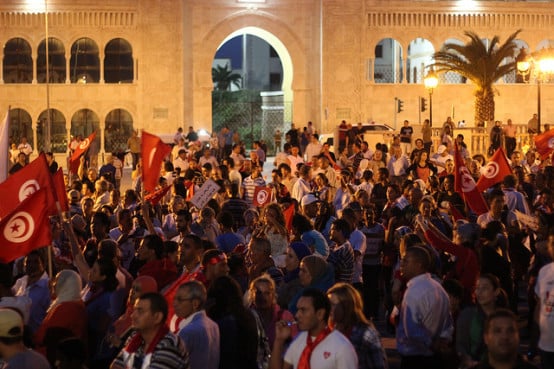 Popular resistance to the IMF’s role and influence appears to be growing in significance. A December study published by the Initiative for Policy Dialogue at Columbia University and German political foundation Friedrich Ebert Stiftung, World Protests 2006-2013, found that of the 843 protests examined in 87 countries, the IMF was a target of 168 protests overall, 20 per cent of the total. The report reveals that hostility to the Fund is not restricted to richer or poorer countries; 25 per cent of IMF protests occurred in high-income countries and 24 per cent took place in low-income countries. The study found that where the IMF is targeted, it is “for promoting a ‘new Washington Consensus’ that favours the interests of corporations, wealthy investors and the financial sector”. The research identified many local protests that included a global justice component as a key grievance, pointing to examples such as “tax policies promoted by the IMF”. The bulk of protests focused on economic justice included opposition to policies of austerity, such as cuts to public services, reductions in labour rights, wages and working conditions. It also found 164 protests which included demands that international financial institutions (IFIs) should not interfere with national development policy and that current IFIs should be closed down and replaced with new institutions that promote development for all. The World Bank featured in only two per cent of the protests examined by the study.

The IMF remains a key player shaping policy in countries that have borrowed from the Fund, via conditionalities imposed with loans or via the Fund’s indirect influence and pressure. In Tunisia, January protests erupted over tax hikes, including a 25 per cent increase in taxes on vehicles and other tax rises derived from IMF requirements for a balanced budget. An IMF spokesman declined to respond to journalists asking whether the IMF’s recommendations contributed to the protests and instability. Even though elections are still pending and a new caretaker government is being formed (see Update 86) the negotiations are continuing with the IMF over payment of the next $500 million tranche of its loan agreement. In the Caribbean a number of states have recently turned to the IMF for support, but there is a perception of double standards. Speaking to the Inter-Press Service in November, Jake Johnston of the US-based Center for Economic Policy Research described the Fund’s changing role in the Caribbean, conceding that “in some cases they have been more lenient” adding, however, that “when you are talking about developing countries what they are still pushing is from 15 years ago”. Grenada’s debt payments in 2013 were equivalent to 250 per cent of its education and health budgets combined. In September the Grenadian Conference of Churches released a statement demanding that the government “resist any pressure to increase taxes or to make further cuts to social, medical or educational services”. The Conference met the IMF in October to propose a ‘conference of creditors’ to renegotiate the debts so that two thirds would be forgiven (see Bulletin Dec 2013). Jamaica, which last year signed a new agreement with the IMF for a four-year extended finance facility, revealed in late 2013 that it is already suffering a worse than expected economic contraction and is facing a $9 billion revenue shortfall.

Kenya has indicated a desire for an “insurance” agreement with the Fund, as stated by its president during a visit to the country by IMF managing director Christine Lagarde in early January. In September 2013 the UK newspaper the Financial Times highlighted, however, government “fears of a backlash” against IMF-backed tax reforms which had led to a 16 per cent rise in food prices, plus increases in textbook prices and animal feed costs, in light of violent protests earlier in 2013. The Consumers Federation of Kenya warned in September that VAT is wreaking “extreme havoc on consumers, private sector and Kenya’s economic outlook”. The IMF’s deputy director in the Africa department, Domenico Fanizza, told the Financial Times that it nevertheless backed the reforms, noting “we strongly believe in the VAT because you tax consumption”.

Déjà vu all over again for indebted Caribbean