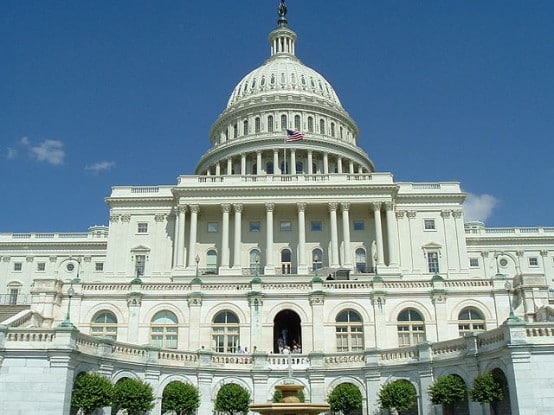 In mid January the US legislature passed an annual appropriations bill that looks to have significant repercussions for the IMF and World Bank.

Despite significant lobbying by the US Treasury and think tanks in Washington, the bill did not include language authoring IMF governance reforms agreed in 2010. The US legislature has singlehandedly stalled the implementation of the very small reforms that have already been agreed (see Update 86, 82), and thus also prevented negotiations continuing on another round of reforms, due to be agreed by the end of January.

Douglas Rediker, a former US executive director at the IMF and now at think tank Peterson Institute of International Economics, described Congress’ action as “a big slap in the face of the IMF by the US at a time when the US is trying to re-establish its global leadership both in the organisation and more broadly”.

It clearly sends a strong message to the IFIs that efforts to pursue their goals of reducing poverty and encouraging economic growth must be consistent with effective safeguards.Jolie Schwarz, Bank Information Center

In a far-reaching mandate, the legislature instructed the US representatives to “ensure that each such institution responds to the findings and recommendations of its accountability mechanisms by providing just compensation or other appropriate redress to individuals and communities that suffer violations of human rights.” It also spells out specific measures for communities affected by the Chixoy dam in Guatemala who after 20 years still have not received compensation for their lands (see Update 86, 84), and the residents of Boeung Kak lake in Cambodia some of whom have also not received compensation despite commitments by the Cambodian government and the Bank (see Update 81, 75). The Bank has no mechanisms for providing compensation, and generally claims that responsibility for redress lies with its clients, be they countries or corporations.

Astonishingly, the bill mandates US representatives at IFIs to vote against almost all forestry and hydropower projects. The law instructs them “to vote against any financing to support or promote the expansion of industrial scale logging or any other industrial scale extractive activity into areas that were primary/intact tropical forest as of December 30, 2013”. They also must “oppose any loan, grant, strategy or policy of such institution to support the construction of any large hydroelectric dam” as defined by the World Commission on Dams.

While US votes against Bank projects will not alone stop them going ahead (see Observer Winter 2014), according to David Pred of US-based NGO Inclusive Development, the Bank “will need to think twice, because the Bank’s largest shareholder has just made it the law of the land that the US will use its influence to ensure that these public financial institutions stop denying victims their right to an effective remedy.” Jolie Schwarz of Washington-based Bank Information Center said, “We are pleased that Congress is exercising its oversight authority over the international financial institutions in this spending bill. It clearly sends a strong message to the IFIs that efforts to pursue their goals of reducing poverty and encouraging economic growth must be consistent with effective safeguards.”

Barbara Johnston of the US-based Center for Political Ecology has been working with the affected people of the Chixoy dam in Guatemala and met with US legislators in 2013 about the issue. She commented: “For the Maya A’chi and other peoples whose lives were fundamentally altered or destroyed through violence and the construction of Guatemala’s Chixoy hydroelectric dam, these changes in law illustrate the United States’ commitment to support the community’s efforts to secure meaningful remedy, and the recognition that one important facet of reparation is the means to insure ‘never again’.”