Is a new economic crisis at hand?, Martin Khor

G20 working on international financial architecture, while the IMF "to bury its head in the sand"?

Time for a new consensus 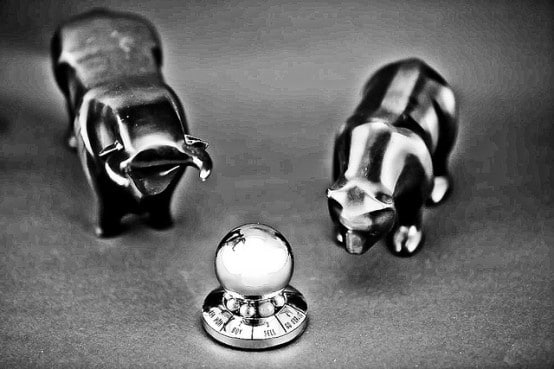 The final week of January saw financial and stock markets in many developing countries, along with their currencies, fall sharply. India, Indonesia, Brazil, Turkey and South Africa are being dubbed ‘the fragile five’, a term originally coined in a September study by investment bank Morgan Stanley. These states are now being castigated for their lack of reform and punished by markets for their apparently insufficient global financial integration and liberalisation of their domestic financial systems.

The IMF, at the end of the turbulent week, called for “urgent action” in vulnerable states. IMF spokesperson Gerry Rice declared that the IMF was “monitoring [the situation] closely”. José Viñals, director of the IMF’s monetary and capital markets department, called for those developing countries which lack ‘appropriate’ economic poilies to implement “urgent policy action to improve fundamentals and policy credibility”. In its report to the G20 summit in mid February, the IMF advised emerging market economies to adopt “credible macroeconomic polices … alongside exchange rate flexibility” and give “priority … to shoring up fiscal policy credibility”, which usually equates to reduced social spending and higher taxation.

The turbulence came in the same week as the IMF once again downgraded its forecast for developing countries, in its January update of the World Economic Outlook. In October 2013, the Fund had already downgraded their growth forecasts for emerging markets, quietly downplaying the continued over-optimism that has plagued IMF forecasting (see Observer Autumn 2014).

A similar period of financial instability occurred in summer 2013 amid fears of a ‘currency war’ (see Update 85) and even a new currency or debt crisis in emerging market developing countries. A key factor throughout both periods of instability has been the US Federal Reserve’s policy of buying bonds to support their financial system, known as quantitative easing, and their intention to gradually reduce, or taper, the purchases, leading to a dramatic reduction in capital flows to emerging markets.

Quantitative easing in industrialised nations had created significant pressures on a number of developing countries. Martin Khor, executive director of the inter-governmental developing country think tank  South Centre wrote in February in newspaper the Malaysia Star that “the across-the-board selloff is a general response to the ‘tapering’”, reversing the “financing [which] was moved by investors into the emerging economies”.  The South Centre economist Yilmaz Akyuz had pointed out in a July 2013 paper that capital flows to Asia and Latin America during 2010 to 2012 exceeded the previous record levels attained prior to the 2008 financial crisis (see Update 86).

Khor argued that the sell-off is therefore not “ad-hoc” but rather a “predictable and even inevitable part of a boom-bust cycle in capital flows to and from the developing countries” resulting from the “deregulation of financial markets and the liberalisation of capital flows”. In the eyes of the Fund however, the burden of adjustment remains with the fragile developing countries. Deputy managing director Min Zhu blogged in January that “emerging market and developing economies have to continually adjust their economic structures and economic policies”.

Most economists and market commentators have been keen to downplay the risk of a general crisis and ascribe the fragility entirely to a few states that require more reforms and are vulnerable due to fiscal and current account deficits, falling growth rates and high inflation. Kenneth Rogoff, of Harvard University and former chief economist of the IMF, dismissed the likelihood of a cascade of crises similar to the Asian crisis of the 1990s in February because flexible exchange rate policies mean most developing countries can absorb pressure through currency depreciation acting as a “shock absorber”. Princeton University professor Dani Rodrik disputed this days later, describing the faith in depreciations as “flawed shock absorbers”. Rogoff, however, did conclude with a warning, questioning “what will happen when the turmoil moves to debt markets? … there is surely more drama to come”.

The IMF has been keen to show its commitment to monitoring the global economic risks, part of what it terms its surveillance function, which includes not only producing forecasts via the World Economic Outlook, but since 2011 producing annual spillovers reports which examine the major systemic countries and regions’ financial systems as a source of risk to the rest of the world. The Fund emphasised in February that managing director Christine Lagarde’s August 2013 speech still held true, where Lagarde advocated that “dialogue is important … [especially] for advanced country policymakers”.

When Rice was asked if the Fund had a role advocating that the Federal Reserve alter its policies to take into account impacts on developing countries he nuanced the Fund’s position, saying “no, we’re not suggesting anything like that. That’s a matter for the Federal Reserve”, insisting the only actual obligation on richer states be to provide “clear communication”. This chimes with longstanding complaints, reported by the IMF’s Independent Evaluation Office in December 2013, that when it comes to policy advice the IMF is far from willing to criticise its larger, more influential member states (see Update 84).

This minimisation of richer states’ obligation to consider the impacts of their policies on developing nations was rejected out of hand by Raghuran Rajan, also a former IMF chief economist and current governor of India’s central bank. Rajan told financial news agency Bloomberg India in January that “emerging markets helped pull the global economy out of crisis starting in late 2008 … industrial countries … can’t at this point wash their hands of [this] and say ‘we’ll do what we need to and you do the adjustment’”. The G20 communiqué released in February discussed advanced economies’ responsibilities toward the rest of the world, but also shied away from implying any obligations on richer states: “We will consistently communicate our actions to each other and to the public, and continue to cooperate on managing spillovers to other countries.”

Rodrik argued that the “faith in global economic-policy coordination is misplaced” and that the “deeper problem lies with the excessive financialisation of the global economy that has occurred since the 1990’s” which led to “rising inequality, greater volatility [and] reduced room to manage the real economy”. Jayati Ghosh, economist at Jawaharlal Nehru University in India, concurred in February. She explained that the “sell-off of emerging market assets” is a reflection of the “extreme fragility generated by global financial integrations”, adding that these countries “are now so peculiarly integrated into the global financial system that they are part of the collateral damage whenever US monetary or fiscal policy changes”.

This dependency has been exacerbated by countries being unwilling and discouraged from adopting policies that would give them greater policy freedom, such as capital controls and resisting liberalisation of their domestic financial sectors (see Bretton Woods Project’s 2011 report). Instead, Ghosh argued that despite their complaints, few developing countries are willing to adopt policies that move away from reliance on even short-term foreign financing rather than “addressing the fundamental fragilities created by financial liberalisation in the first place”. She called instead for a “re-regulation of cross-border finance that would reduce or prevent such destabilising flows.”

Is a new economic crisis at hand?, Martin Khor

G20 working on international financial architecture, while the IMF "to bury its head in the sand"?

Time for a new consensus