Benchmarking the Business of Agriculture 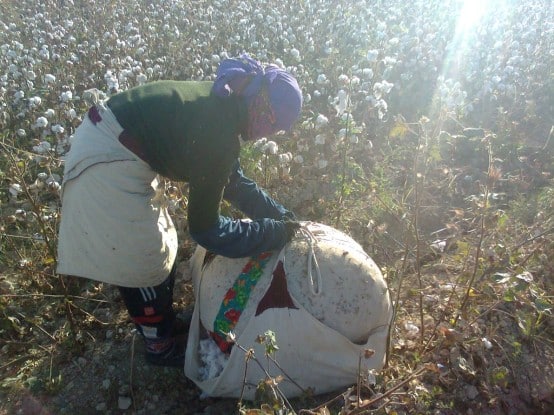 As part of its priorities on climate change, the World Bank has continued to push for “climate-smart agriculture” (see Update 85, 83). An early December 2013 conference on agriculture organised by the governments of South Africa and the Netherlands, in collaboration with partners including the UN’s Food and Agriculture Organisation and the World Bank, announced plans to establish an Alliance on Climate Smart-Agriculture (CSA). It will be based on three pillars: sustainability of agricultural productivity, adapting and building resilience to climate change, and mitigating greenhouse gas emission. The alliance is likely to be launched at a September UN leaders’ summit.

The announcement followed another failed attempt by the Bank to get agriculture firmly established on the UN Framework Convention on Climate Change (UNFCCC) agenda in the November 2013 negotiations in Poland. According to Rachel Kyte, the Bank’s vice president and special envoy for climate change, “delegates opted to delay again discussions of agriculture. This decision … reveals the discomfort negotiators still feel around the science and priorities of what we consider ‘climate-smart agriculture’.”

The Bank’s involvement in the UNFCCC negotiations has raised concerns by NGOs due to its push for “soil carbon” as part of its climate-smart agriculture approach (see Update 83, 80, 79).  A press release by international peasant movement La Vía Campesina and international NGOs GRAIN and ETC Group prior to the climate meeting criticised the planned new alliance arguing that the proposal “entails nothing more than business as usual: new genetically modified seeds developed by biotechnology corporations, more chemical fertilisers and pesticides by agrochemical giants, and more ‘bio-intensive’ industrial plantation farming.” Elizabeth Mpofu from La Vía Campesina said: “Rights over our farms, lands, seeds and natural resources need to remain in our hands. … We will not allow carbon markets to turn our hard work into carbon sinks that allow polluters to continue their business as usual.”

In January the Bank launched a website for its agriculture initiative Benchmarking the Business of Agriculture (BBA, see Observer Autumn 2013, 85, 83). The initiative follows in the footsteps of the Bank’s Doing Business report, but is unlikely to step away from the much criticised rankings (see Observer Autumn 2013, Update 86). Instead the website confirms that “rankings will be considered”, since “benchmarking produces comparisons and contrasts that will stimulate policy change”.

The Bank’s support for agriculture in Uzbekistan was criticised in a September 2013 submission to the Bank’s accountability mechanism, the Inspection Panel (IP), by three NGOs, including the Human Rights Society of Uzbekistan Ezgulik, on behalf of “farmers, children, university students, public-sector workers, private-sector workers and parents who have been forced to provide labour to the government-controlled agricultural system”. The submission referred to the Bank’s 2008 $68 million investment in the Second Rural Enterprise Support Project (RESP-II, see Update 74), and an agreed further $40 million in additional financing in 2012, with the objective “to increase the productivity and financial and environmental sustainability of agriculture and the profitability of agribusiness in the project area”. According to the submission: “The harm suffered is due to the project’s investment in an agriculture sector underpinned by government orchestrated, forced labour, without adequate measures in place to prevent World Bank funds from contributing to such forced labour”, with particular reference to cotton production. Furthermore, it claimed there was no “genuine attempt by the Bank to address the real risk of child labour”.

A November response by Bank management rejected the complaint: “the harm described by the requesters is not caused nor aggravated by the project, and as such is unrelated to any failure by the Bank to apply its policies and procedures”, but confirmed that it will “continue to encourage the government to adhere to national labour laws”. The IP concluded in December 2013 that “the project is plausibly linked to the harms alleged in the request”, but in light of “significant positive trends … with respect to the critical issue of child labour”, the Panel “will report back to the board within 12 months on whether a full investigation is warranted.” Nevertheless, the $40 million additional financing for RESP-II was formally signed off in early February, but is yet to be disbursed.

Benchmarking the Business of Agriculture