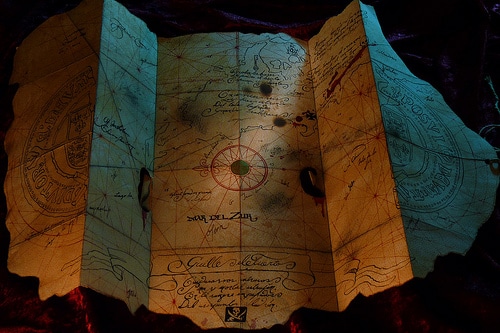 At a global mining conference in early February in South Africa, a World Bank Group staffer announced that the Bank is going to launch a so-called “billion dollar map” to map the mineral resources of Africa. The project, which seeks to consolidate mineral geodata coverage for all of Africa using satellites and airborne surveys, “will unlock the true worth of Africa’s mineral endowment” according to Tom Butler, mining specialist at the Bank’s private sector arm, the International Finance Corporation (IFC). Media reported that the Bank has already put forward $200 million, and aims to formally launch a $1 billion fund in July to pay for the five-year project. Paolo de Sa, the Bank’s oil-gas-and-mining unit head, indicated that if the project goes well the Bank may try to replicate it for South America.

The idea for this mapping project first surfaced in 2012, when Bank official Marcelo Giugale mentioned not only minerals but also hydrocarbons and gas reserves. This has led to worries that the mapping work will facilitate more fossil fuel extraction, despite continued rhetoric from the Bank about the need to move away from fossil fuels to tackle climate change (see Update 86, 83). In late November 2013 the IFC invested $60 million in UK-headquartered Delonex Energy to fund the company’s oil and gas exploration in East and Central Africa. In late January, the IFC completed an agreement to lend $65 million to US-based VAALCO Energy for further off-shore oil exploration and development in Gabon. This is the third IFC investment in VAALCO’s Gabon extraction.

Yet at a press conference at the World Economic Forum in Davos, Switzerland in late January, Bank president Jim Yong Kim argued that to tackle climate change “so-called ‘long-term investors’ must recognize their fiduciary responsibility … every company, investor, and bank that screens new and existing investments for climate risk is simply being pragmatic.”

Debate has followed the Bank Group’s extractive industry efforts in Latin America and the Caribbean. In 2013 controversy erupted in Peru and the Dominican Republic over Bank-funded mining projects (see Bulletin Dec 2013). The Bank, and especially the IFC, is viewed as a key enabler for uncertain projects, reassuring other investors and making projects seem less risky.

The early January assassination of two indigenous peoples leaders in western Colombia was linked by NGO Amnesty International to the indigenous community being “opposed [to] the arrival of paramilitaries wishing to develop drug cultivation on their lands and the arrival of powerful coal, copper and gold mining interests in the area.” In mid December 2013, the IFC approved an equity investment of more than $5 million in Colombian Mines, a Canadian mining company, for gold exploration near the town of El Dovio, where the two leaders of the Embera Chamí indigenous community were stabbed to death. Community organisations have denounced the killings.

At end February, the IFC is expected to approve a $50 million loan to Canadian mining company Guyana Goldfields, as part of a $200 million debt package for the $300 million project to run an open pit gold mine in the middle of a remote rainforest in north western Guyana. The IFC has already invested over $26 million in equity stakes in Guyana Goldfields in 2006 and 2009. The project may be an early test of the new US legal provision which requires US representatives on the board of the World Bank to oppose projects in intact tropical forests (see Observer Winter 2014), though a US vote against the project would not necessarily stop it moving ahead.

In August 2013, the Bank Group was accused of a conflict of interest in Haiti, as it both invests in private mining companies and is helping the Haitian government to redraft its mining code. A coalition of social movements and NGOs called the Kolektif Jistis Min nan Ayiti (Haiti Mining Justice Collective) is organising communities to protect their rights and the environment.

The expansion of the Camisea gas field in Peru continues to draw criticism (see Observer Autumn 2013). Export of gas from the fields relies on the controversial IFC-funded Peru LNG pipeline (see Update 60), which when approved in 2007 required the development of an indigenous peoples development plan that included consultation with groups affected by “upstream facilities” including in the area where the expansion is being planned. In mid January, a report by UK NGO Forest Peoples Programme on the plans to expand gas field found it “risks causing further negative impacts for isolated groups” in the the Kugapakori-Nahua-Nanti and Others’ Reserve, the area of the Camisea fields where the expansion is proposed. The report also found that the expansion “threatens to violate their fundamental rights to life and a healthy environment, territorial and cultural integrity and self-determination. … This project threatens their very existence and survival as indigenous peoples.”