Towards the Country Partnership Framework

PRSPs: a continuation of structural adjustment 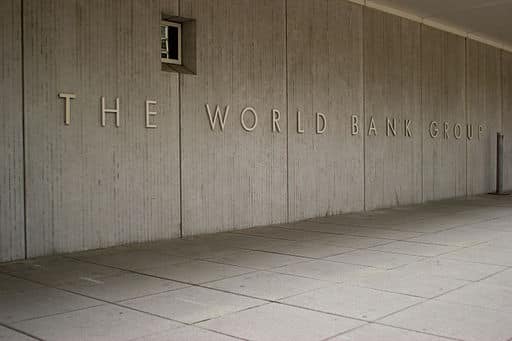 As implementation of the World Bank Group’s (WBG) new strategy continues (see Observer Winter 2014, Autumn 2013), a leaked January draft report on the Bank Group’s 2013 results and performance by the Bank’s Independent Evaluation Group (IEG) revealed the Bank’s “declining performance trends … at country and at project levels”. It noted that the “deterioration in country programme outcomes have been the most marked in International Development Association (IDA) [the Bank’s low-income arm] eligible countries, while fragile and conflict states (FCS) have benefited from special attention”.

The draft report singled out the Bank’s private sector arm, the International Finance Corporation (IFC), as particularly problematic, with declining development outcome ratings, including in IDA countries and for infrastructure cluster projects “both reflecting shortcomings in IFC’s work quality and higher risks associated with weak project sponsors”. It highlighted the IFC’s growing portfolio in short-term finance instruments and financial markets, “providing support mainly by ‘wholesaling’ through intermediaries, with attendant difficulties to assess IFC’s impact on beneficiaries and its additionality” (see Observer Spring 2014). It called on the IFC to “review the reasons for its stagnation of its long term finance commitments, and assess the appropriateness of the high concentration in the financial sector.” Furthermore, “IFC should carefully monitor its additionality in lower-risk markets where it has been growing fastest, and assess its developmental contribution on a programmatic basis”.

The report called on the Bank’s new strategy and change agenda to “address issues that IEG has flagged for some time”, including “meaningful results frameworks”, noting also that “improved results frameworks and Bank Group coordination will do little to improve country programme outcomes if the underlying product quality remains weak: hence the critical importance of improving the quality of preparation and supervision throughout the institution.” It also singled out the importance of effective risk management, assessing that “risk management during implementation is weak – supporting the hypothesis that the problems in Bank Group quality are not due to the absence of risk management systems but rather to the lack of accountability and incentives for using them.”

"the interim Systematic Country Diagnostic guidelines do little to ensure that communities and civil society will have a voice in this critical process"Jocelyn Medallo, Center for International Environmental Law

Leaked results from a 2013 internal Bank Group staff survey confirmed some of the IEG’s findings. The survey revealed that less than half of respondents agreed that the Bank “prioritises development results over the number and volume of transactions.” Nearly half did not think that the Bank “makes institutional decisions in a timely manner”, including a lack of trust in the ability of senior managers to lead and empower staff. Less than half felt they “can report unethical behaviour without fear of reprisal.” Furthermore, less than half felt confident that the Bank “will take action” on the survey. According to Bank sources, the findings were discussed in a mid March Bank townhall meeting led by president Jim Yong Kim with Sean McGrath, vice president for human resources, however, most questions raised were about anticipated staff cuts. Kim referred to the Bank’s expenditure review as an “integrity exercise” expected by the Board and shareholders, but gave no clear answer on level of cuts expected.

While the Bank strategy developments remain largely under wrap externally, a mid March document outlining the Bank’s new country engagement model was put out for a one month public consultation, finishing on 18 April. The consultation paper outlined further details about the new Systematic Country Diagnostic (SCD) and Country Partnership Framework (CPF). They replace the Country Assistance Strategy (CAS) process  (see Observer Winter 2014, Autumn 2013). The new Country Engagement Note (CEN) replace the Interim Strategy Note. To align under the new “One World Bank Group” approach, SCDs, CPFs and CENs will be approved by managements of all institutions. Furthermore, there will be quarterly meetings with regional management to review the pipeline of SCDs and CPFs, “to determine the appropriate level of engagement for each institution.” Despite the ongoing consultation, according to the document “teams have already begun preparing SCDs” to support the transition to CPF as of July.

According to the document the SCD “will present a timely and evidence-based assessment” of a country’s constraints and opportunities, identifying a set of priority focus areas for achieving the Bank’s twin goals on ending extreme poverty and promoting shared prosperity. It will be prepared by “a multi-sector team under the direction of the country management”, “in close consultation with national authorities, the private sector and other stakeholders”, however, it will not capture “the views of all those consulted”, but will “reflect the views of the WBG.”

The CPF process ends the requirement that IDA countries produce Poverty Reduction Strategy Papers (see Update 39). Instead a short document “to motivate the proposed programme” will be produced, underpinned by the SCD, and building on the country’s development goals that are aligned with the Bank’s twin goals. It will also consider the Bank’s comparative advantages. It will be built around a results framework, but with flexibility “to reflect changes in country priorities, country circumstance and learning from implementation.”Furthermore, the CPF process will be built around “widespread consultation and engagement with all stakeholders”, including “the voice of citizens and the private sector”. The CPF will be valid for four to six years, up from CAS’ four years, with an update every two years as well as a performance and learning review. At the end a completion and learning review will be issues based on a self-assessment by the Bank and the country. A standardised operational risk-rating tool will be implemented, to “ensure that teams consider all major risks and consider options to manage the most serious ones.” Furthermore, the Interim Strategy Note, originally designed for conflict countries, will be replaced by a 12 to 24 month Country Engagement Note for countries where “uncertainty makes it impossible to commit to detailed objectives, develop a programme or engage at significant scale in the medium-term.”

Commenting on the draft guidelines Jocelyn Medallo of US-based Center for International Environmental Law said: “Despite the Bank’s increased rhetoric on citizen engagement, it appears to be missing key opportunities to put this commitment into practice. The new Bank strategy states that the SCD ‘will explicitly consider the voices of the poor’. Yet, the interim SCD guidelines do little to ensure that communities and civil society will have a voice in this critical process.”

Prior to the consultation launch a March letter from 33 NGOs, including Egyptian Initiative for Personal Rights and Germany-based Urgewald, to the Bank’s new vice president for change, knowledge and learning, Sanjay Pradhan, called on the Bank to make the strategy’s recognition “that inclusion and citizen engagement are central to the development process … a reality”. It focussed on getting the public consultations right “in the development of the new SCD/CPF policy, as well as in each country’s SCD/CPF”. That would require involving developing country stakeholders in the SCD/CPF policy consultations and that the SCD “explicitly includes a risk assessment of human rights, environmental, corruption and governance conditions.”

In mid February, a leaked presentation on the Bank Group’s new corporate scorecard  outlined a pyramid structure with the Group scorecard at the “apex”, followed by the Bank scorecard (see Update 83), IFC scorecard (see Observer Winter 2014) and the Bank’s Multilateral Investment Guarantee Agency (MIGA) key performance indicators, with two more levels below. The top indicators are aimed to be “actionable and amenable to targets”; “cascaded and promote desired behaviour”; and “supported by rigorous and reliable data.” Furthermore, the top indicators need to “be aggregated in a meaningful way and relevant for at least two out of three WBG institutions”, indicating a bias towards the private sector arms, IFC and MIGA. The indicators are grouped into “non-monetary aspects of poverty”, “elements of inclusive growth and governance” and “economic, social and environmental sustainability”, feeding into two top line indicators on the Bank’s twin goals.. The new structure is due to be discussed by the Bank’s board in early April, it will then be available to the Bank’s governors during the spring meetings in mid April.

With the heads of the new 14 global practices to be appointed by early April (see Observer Winter 2014), a leaked February Bank paper discussed the relationship between the practices and the safeguards framework (see Bulletin Feb 2014). According to the paper, Bank president Jim Yong Kim wants the preparation time on projects requiring safeguards to be shortened, and for the implementation results to be improved. It stated that “many staff avoid safeguards work, because career progression depends on delivering projects to the Board” and that the work “has been juniorised or outsourced”, often becoming “box ticking rather than solving or advising on“, advocating for an independent safeguards advisory role. A leaked mid March internal presentation on the revised safeguards framework (see Bulletin Feb 2014) outlined 10 environmental and social standards replacing the current policies, including six new standards: “labour and working conditions”, “community health, safety and security”, “land acquisition and involuntary resettlement”, “biodiversity conservation and sustainable management of living natural resources”, “financial intermediaries” and “stakeholder engagement”. The first draft of the new framework is expected to be put forward for approval by a subcommittee of the Bank’s board this summer.

In line with the World Bank strategy’s aim to cut costs and increase lending, in mid February the Bank approved new measures to enhance the financial capacity of its middle-income country lending arm, the International Bank for Reconstruction and Development (IBRD), by “improving margins for manoeuvre”. With immediate effect the equity-to-loans ratio was adjusted from 23 to 20 per cent and the single borrower limit (SBL) was raised from $17.5 billion to $20 billion for India, and from $16.5 billion to $19 billion for other SBL eligible borrowers, with additional measures including an extension of the maximum maturity for loans and guarantees to be effective as of July. More controversially, a 0.25 per cent commitment fee was reinstated, as well as a 0.50 per cent surcharge for loan balances above the previous SBL. The Bank estimates the changes will increase IBRD annual lending capacity from $15 billion to $26-8 billion over 10 years.

Towards the Country Partnership Framework

PRSPs: a continuation of structural adjustment