Nature on the market? 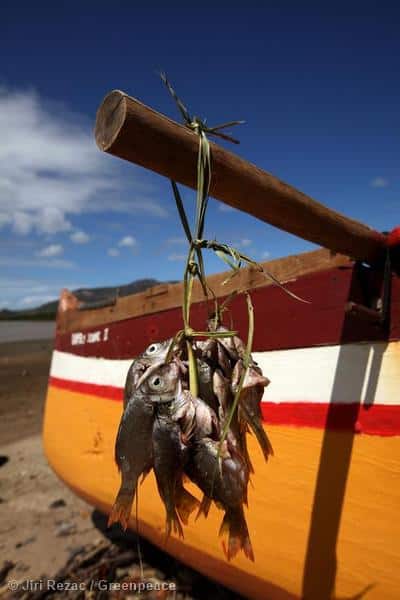 A small pirogue (wooden outrigger boat) and its catch from the day lies on the beach at Baie Andovobazaha near Antsiranana, Madagascar. Photo: Jiri Rezac, Greenpeace 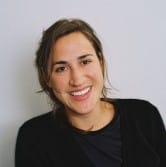 The World Bank has been involved in oceans-related projects for many years, however, in 2012 then Bank president Robert Zoellick upped the ante by announcing the launch of a new Global Partnership for Oceans (GPO, see Update 80). Together with a large range of partners from governments, businesses, civil society and scientists, the Bank claims it wants to give a political boost to restoring the health of the oceans by providing finance and knowledge to activate “proven solutions” to deal with three key problems of overfishing, pollution and habitat loss. However, there are concerns that pushing solutions, such as massive expansion of fish farming and handing over the management of marine life to the private sector could create far more problems than it solves. Will people and marine life really be prioritised over dollar signs?

The Bank has committed $300 million to kick-start initiatives, and hopes to garner $1.2 billion from other partners to achieve sustainable seafood and livelihoods, habitat protection and reduced pollution in 10 key ocean regions by 2022. A group of leading names from academia, government, civil society and the private sector have been appointed as a “blue ribbon” panel to provide recommendations to the GPO on how best to implement sustainable ocean investment.

A key stated goal of the partnership is to significantly increase global food fish production from not only sustainable fisheries but also fish farming known as aquaculture, as part of the solution to food security. The Bank’s February report, Fish to 2030: prospects for fisheries and aquaculture, outlines this vision, estimating that by 2030 nearly two-thirds of seafood will be farmed. It recognises that the sector will need to address key problems such as pollution, disease and fish meal issues. An expanding aquaculture industry, especially for carnivorous species like salmon and shrimp, is demanding more wild caught fish as feed, putting additional pressure on the ocean. This increased demand is already forcing the industry to replace fish-based feeds with alternative protein sources, as well as increasing the use of fish waste from fish processing. But will this really be enough to meet demand, especially on the scale that the World Bank envisages? And will fisheries for small fish, such as sardines and anchovies, that are a key food source for larger fish be rebuilt before the fishmeal industry has sucked them dry? As Juergen Voegele, World Bank director for agriculture and environmental services, sums up: “it’s a huge challenge”.

leads to de facto exclusion of small–scale fishers and the concentration of fishing rights with an elite minorityWorld Forum of Fisher Peoples, Fish Harvesters and Workers

Another worrying element has been the emphasis on privatisation of access to fish resources. In some rights-based management systems, individual fishing rights are allocated to fisher people, fishing vessels, businesses, cooperatives or fishing communities, who can in turn trade them. By allowing exclusive usage rights and more direct involvement in fisheries management decisions, it is hoped there is a greater incentive to ensure the long-term sustainability of fisheries. However in 2013, using examples from Chile, Denmark, Iceland, Namibia and New Zealand, the World Forum of Fisher Peoples, Fish Harvesters and Workers issued a compelling “call on governments” to strongly denounce this push by the GPO to introduce private property rights as a tool to manage the ocean’s fish resources, arguing that it “leads to de facto exclusion of small–scale fishers and the concentration of fishing rights with an elite minority”. It can also create an incentive for rights owners to protect quotas rather than support conservation and management measures.

The Bank-organised Global Oceans Action Summit, taking place in the Netherlands in late April, will address thorny issues, such as balancing growth and conservation, the role of the private sector interests and equitable benefits for communities. The meeting will no doubt also be a platform for GPO members, including the corporate sector, to promote their role in ocean protection. While businesses must be part of the solution to create healthy oceans, how credible is an initiative that includes powerful representatives from the fishing and oil industries, the very industries whose core business threatens the stability of the earth’s climate and the health of the ocean?

With sufficient funding and political commitment from its members to change business-as-usual the GPO has the ability to make a real difference. The Bank could play a helpful role in promoting transparency and improving the rights, autonomy and livelihoods of local fisher people, indigenous peoples and local communities. But they can only do that if they put solutions with the greatest ecological and social returns first, such as promoting sustainable small-scale fishing, ensuring trade does not undermine food security, and actively supporting protection of marine life through marine reserves. Will true ocean protection trump the short-term allure of maximising profits?

Nature on the market?