Our land, our business (video) 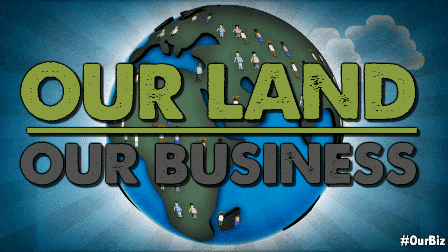 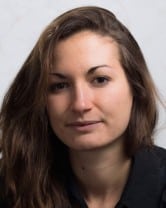 The World Bank’s Doing Business rankings, created in 2002, score countries according to the ease of doing business. More than ten years after its launch, evidence shows that the index’s push for liberal reforms, creation of land markets, adoption of investor-friendly regulations, and suppression of trade barriers has provided the intellectual and structural framework that facilitates the trend of large-scale land grabs in developing countries.[i]

In 2012, the G8 turned a blind eye to the damaging collateral impact of Doing Business on agricultural sectors, and instead asked the World Bank “to develop options for generating a Doing Business in Agriculture index.”[ii] With funding from the Gates Foundation, the UK, US, Dutch and Danish governments, the Benchmarking the Business of Agriculture (BBA) project emerged in 2013.

The BBA will perpetuate the World Bank’s imposition of policies, instead of encouraging domestic construction of sound agricultural programmes. This further reinforces that the Bank favours private interests over small farmers.

The new indicators’ aim is to “provide governments and policymakers with information to improve their agriculture policies, so that a stronger, more modern and more productive commercial agriculture and agribusiness sector can emerge.”[iii] However, the Bank fails to demonstrate how farmers will benefit from the benchmarking of the agricultural sector in their own country. On the contrary, private agribusiness investors appear to be the core beneficiaries of the project, which promotes neoliberal land policy and further deregulation of the agricultural sector.

For more than ten years, the World Bank has used its Doing Business rankings to advocate for lower economic, social and environmental standards for the sake of corporate profit. In the Doing Business annual reform summaries, reduction of corporate and trade taxes and creation of one-stop shops for investors are notably greeted as “good reforms” making countries gain score in the final ranking.[iv] With the rankings, the World Bank also encouraged reforms that tend to make land a marketable commodity, easily accessible to wealthy corporations.

The original goal of Doing Business was to inform governments about regulations that favour business in their countries. However, recipes for successful programmes and efficient laws vary greatly across specific local contexts, and building  worldwide rankings with the goal to guide policy-making is a hazardous bet. Instead of acknowledging the limitations inherent in any global index and showing prudence in displaying the results of narrowly sourced surveys,[v] the Bank made Doing Business one of its flagships projects. Through wide promotion of its annual index, praising good performers (and subsequent stigmatisation of low-score countries), the institution that is supposed to lead global thinking on development applies a simplistic logic of comparison and confrontation between nations. Because donors and investors closely follow the ranking, which determine their loans or investments, the Doing Business rankings have also become a huge financial lever, creating a race to deregulation – particularly among cash-poor governments desiring to appear as ‘business friendly’ nations to attract money flows.

While pushing for opening developing countries’ economies up to foreign investors, Doing Business has played a direct role in the recent land-grabbing trend. For example, Liberia implemented 39 reforms to “ease business” between 2008 and 2011. The country’s Investment Act of 2010 notably provides guarantees against unfair expropriation of investors, and ensures their ability to repatriate capital and profits.[vi] As a result, Liberia attracted growing flows of foreign direct investments (FDI). Among the investors were palm oil and rubber giants: the British Equatorial Palm Oil, Malaysian Sime Darby and Indonesian Golden Agri-Resources, who combined have acquired more than 1.5 million acres (607,000 hectares) in just a few years, taking away farms, resources and livelihoods from thousands of local people.[vii]

In Sierra Leone, the Bank guided a series of reforms to attract FDIs, which grew from an average of $18 million per year between 2000 and 2005 to $740 million in 2012 alone. Reforms around land registration and fast-tracking land leasing processes have attracted sugar cane and oil palm planters, such as Addax Bioenergy from Switzerland, Quifel Natural Resources from Portugal, CAPARO from UK and SOFCIN from Luxembourg. In 2011 Sierra Leone had leased 508,292 hectares to foreign investors.[viii] A 2014 deal with the palm oil grower Golden Veroleum could double this figure and bring the amount of Sierra Leone’s arable land taken away from rural populations to 20 per cent.[ix]

Unfortunately, a rising number of governments seem to be reforming according to the World Bank’s global indexes. Recently, Malawi, Burundi and Senegal, among others, have set as a policy goal to improve their country score in the Doing Business ranking.[x] According to the Bank itself, the Doing Business ranking has “served as an incomparable catalyst for business reforms initiatives,”[xi] having inspired about a quarter of the 2,100 regulatory reforms recorded since its first publication in 2003.[xii]

Maintaining a flawed vision of development

Concerned that the Doing Business ranking has largely bypassed its original “knowledge production” function, an Independent Panel of Experts, appointed by the Bank president to review the indicators, recommended in its June 2013 report to cease aggregate ranking altogether.[xiii] The Panel underlined that Doing Business rankings are not only used by investors to direct their capital, but also guide some bilateral donors’ funding decisions. Therefore, the indicator becomes a normative tool influencing national policies, despite its very strong limitations. The Bank ignored the Panel’s recommendations, failing to provide an official answer to the report and released the 2014 Doing Business rankings untouched. It further defies the recommendations of the Panel by keeping to its plans to produce a new ranking within the BBA project. Although the Bank uses cautious language on that matter, it argues that “benchmarking produces comparisons and contrasts that will stimulate policy changes.”[xiv] A document published by the Danish Aid Agency (DANIDA) – one of the project’s donors – following a November 2013 internal grant committee meeting revealed that “a key point for Denmark and other donors has been to maintain a ranking of the countries covered as is the case in Doing Business. Though there has been some resistance within the Bank ranking different country groups in the past, this issue now seems resolved, and it is, therefore, anticipated that the agricultural index will contain country rankings from 2015.”[xv]

Whether or not it ranks countries, the BBA builds on the Doing Business methodology and is expected to become a mainstream evaluation tool. In late 2013, BBA pilot studies were underway in 10 countries, to be scaled up to 40 countries in 2014. The indicator is expected to benchmark 80 to 100 countries by 2015.[xvi] The BBA, like Doing Business, places nations on a linear development path, telling leaders “where their economies are in the process of agricultural transformation.”[xvii] This pushes sovereign states to adopt a one-size-fits-all model, which sets as a goal to achieve “agricultural transition” towards a input- and capital-intensive agriculture, developed in the North.

The BBA notably encourages countries to lower tariffs on commercial seeds and fertilisers, so these can be made accessible to farmers to increase yields.[xviii] Massive importation of agricultural inputs nonetheless implies an increased dependency upon Northern firms and corporate suppliers. The indicator overlooks key options that empower smallholders. For example, rehabilitation and improvement of traditional seed production, plant breeding, and agro-ecological techniques can increase productivity while also providing self-reliance and independence from ever-fluctuating international agricultural markets.

With regard to land, the BBA position retakes the Doing Business’ stance for land titling reforms, arguing that “formalisation of rights will be needed at some point” to enter the “commercialised agriculture sector,”[xix] but does not accurately assess the risks of private titling reforms that threaten communities’ access to common areas of pasture, forest, or water sources.[xx] In recent years, smallholders’ capacity to have secure access and invest in their land has largely been hampered by large-scale land deals, which globally amounted to 203 million hectares (500 million acres) between 2000 and 2010.[xxi] By advocating for countries to open up to foreign investment and reforms that make land a marketable commodity, the BBA risks increasing that figure and further dispossessing rural communities, even though the Bank claims to act in favour of farmers’ investing capacity.

National policies cannot be founded on an international institution’s unique external assessment, particularly when evaluation criteria have never been approved globally, nor proven to reduce poverty, food insecurity or create sustainable development. The BBA will perpetuate the World Bank’s imposition of policies, instead of encouraging domestic construction of sound agricultural programmes. This further reinforces that the Bank favours private interests over small farmers. This needs to stop, as smallholders hold a crucial role in maintaining developing countries’ food security, providing independence and food sovereignty, and generating sustainable development.

Alice Martin-Prével is a policy analyst at the Oakland Institute focusing on access to land and common resources, food security, food sovereignty, international institutions’ policies and their impact on the right to food and land. In 2014 she authored the report Willful Blindness, How World Bank’s Country Rankings Impoverish Smallholder Farmers and wrote several articles about the World Bank and large-scale land acquisitions.

Read the Willful Blindness report as well country fact sheets on the World Bank’s damaging agricultural activities and sign the petition at http://ourlandourbusiness.org/

Our land, our business (video)