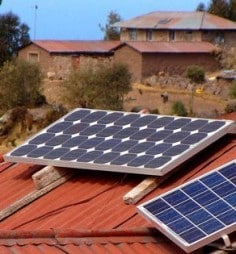 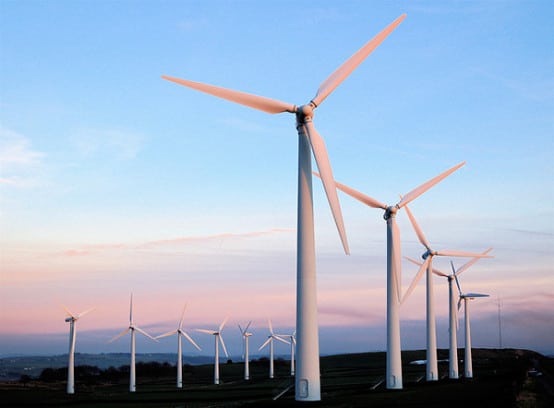 The CIF evaluation was launched in 2012 and aims to assess the development and organisational effectiveness of the CIFs and to document lessons learned for “the benefit of the Green Climate Fund” (see CIFs Monitor 8, 7).

The draft final evaluation report was released for two weeks of public consultation at end May. It includes sections on the CIF ‘sunset clause’, the legitimacy of the CIFs outside the United Nations Framework Convention on Climate Change (UNFCCC), governance, gender, use of MDB safeguards, extent and quality of stakeholder consultation, private sector engagement and misleading language on ‘leveraging’ of funds. The question of when the on-going work to establish the Green Climate Fund will trigger the sunset clause, and therefore what should happen to existing and potential future CIF investment plans and projects, is given particular attention. Questions were also raised about broader ownership of CIF investment plans, including perceived lack of constructive engagement with stakeholders.

Groups in Indonesia who have raised concerns about FIP, opposed the short deadline for comments and lack of notification in an early May letter to the Evaluation Oversight Committee: “Given that Indonesia is one of the FIP pilot countries and that Indonesia features in the study, it is of the utmost importance that a copy of this document to be provided for comment in Bahasa Indonesia and that the comment period be extended in order to ensure that Indonesian communities and CSOs have adequate time to read and comment on this important study which will be used as feedback for the Green Climate Fund.”

The final report and its recommendations are expected to be presented at the CIF Partnership Forum in late June 2014.

Civil society observers submitted a proposal and budget for $174,500 on how to enhance their participation in April 2013. They argued the benefits of this engagement would be increased transparency, sharing of best practice and coordination (see CIFs Monitor 8). The October joint meeting of the CTF and SCF trust fund committees reviewed the proposal and agreed that the CIF administrative unit should work with the observers to agree on a work programme and budget for FY14 and FY15. In April the revised work plan was approved with a budget of $98,000-118,000. The key focus areas are: stakeholder preparation meetings and observer consultation meetings prior to trust fund committee/sub-committee meetings; an expanded observer orientation workshop; stakeholder engagement at the country level; and MDB outreach to stakeholders at regional level.

Furthermore, following a request at the May 2013 joint committee meeting, the CIF administrative unit prepared a proposal to increase the efficiency of the meetings which was approved in late February. The proposal included an agreement on funding for co-chairs from recipient countries, as well as measures to improve the engagement of committee members, including “earlier posting of documents and opportunities for informal discussions and briefings before formal consideration of a document”, however, it did not make any direct references to how the observers’ engagement can be more efficient in this context.

The October 2013 joint meeting of the CTF and SCF trust fund committees requested the World Bank, in collaboration with the CIF administrative unit and the MDBs, to finalise the design of the portfolio risk dashboard so that it would be fully operational by March. The risk dashboard will be designed to be a tool to communicate risks to committee members and to facilitate their understanding of the risk exposure of the CIFs. This follows on from work on developing the CIF enterprise risk management framework by a working group consisting of the trustee (World Bank), the CIF administrative unit, one risk management specialist from each MDB and management consulting company Booz Allen Hamilton. Priority risks to be addressed under the framework include local currency loans and over-programming to address projects which may drop out or never move through the pipeline.

CIFs and the Green Climate Fund

At the October 2013 joint meeting of the CTF and SCF trust fund committees, an update was presented on the work of the board of the Green Climate Fund (GCF). It reiterated previous agreements at the joint meeting in November 2012 which “agreed to monitor developments in the elaboration of the operational procedures and modalities of the GCF so as to determine if and when it is timely and appropriate in the joint CTF-SCF meeting to give in-depth consideration to operational, financial and legal issues associated with the CIF sunset clause” and “agreed that the CIF should play its part in ensuring the continuity of climate finance provided to eligible recipient countries while the GCF’s structures are put in place”.

The report noted that GCF board members have highlighted “particularly useful” experiences from the CIFs, including: “programmatic approaches and mechanisms to enhance country ownership”; “use of various modalities, including dedicated private sector programme, for the design of GCF’s private sector facility”; and “active civil society and private sector observers”.

The work towards full operationalisation of the GCF continues (see CIFs Monitor 8), with eight criteria agreed in principle at a May meeting in Songdo, South Korea, home of the GCF secretariat. This allows the GCF to start resource mobilisation, with an aim to receive pledges before the UNFCCC Conference of Parties in Lima in December. Key decisions included the initial proposal approval process, the guiding framework and procedures for accrediting entities, a results management framework, and the financial risk management and investment frameworks, including an initial investment strategy, with portfolio targets and investment guidelines.

More controversially, it was decided that the IFC’s performance standards would be used as interim safeguards for the next three years, however, a multi stakeholder process will determine the long term safeguards. Furthermore, a mid May civil society letter to the GCF board, led by Southern groups and signed by nearly 300 organisations, urged that GCF funds should “not be used directly or indirectly for financing fossil fuel and other harmful energy projects or programmes”, noting “with grave concern and alarm how other international financial institutions include these types of projects in their climate and energy financing”. It called on the GCF “to adopt an ‘exclusion list’”.

The next GCF board meeting will be held in Barbados in mid October.

The CIFs operate in 48 countries worldwide. As of end 2013 donors had pledged $5.5 billion to the CTF and nearly $2.5 billion to the SCF ($1.3 billion for PPCR, $639 million for FIP and $551 million for SREP). As of end March a total of $4.3 billion had been approved for funding of 119 programmes and projects from the endorsed investment plans. Projects are executed by multilateral development banks (MDBs): the African Development Bank (AfDB), the Asian Development Bank (ADB), the European Bank for Reconstruction and Development (EBRD), the Inter-American Development Bank (IDB), the World Bank’s middle income arm, the International Bank for Reconstruction and Development (IBRD,) and its private sector arm, the International Finance Corporation (IFC). Under the ‘sunset clause’ the CIFs are due to end once a new climate finance architecture is effective under the United Nations Framework Convention on Climate Change (UNFCCC) through a mechanism, such as the Green Climate Fund (GCF).