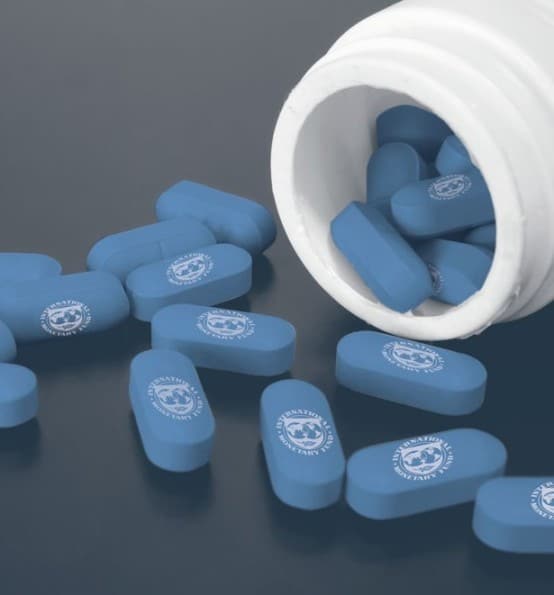 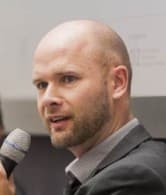 Loans from the IMF largely come with policy change conditions, often criticised as being excessively burdensome and politically insensitive. The IMF claims to have limited its conditions to critical reforms agreed by recipient governments. However, Jesse Griffiths summarising new Eurodad research suggests that the IMF is going backwards – increasing the number of structural conditions that mandate policy changes per loan, and remains heavily engaged in highly sensitive and political policy areas.

IMF loans are provided through a variety of concessional and non-concessional facilities. The rationale behind IMF conditionality is that countries in fiscal crisis should only receive loans from the IMF if they reform their policies – the precise agreed reforms and macroeconomic targets are set out in the conditions attached to the loans. In practice, the IMF is heavily involved in drafting programme documents and the design of the conditions attached. For example, the IMF’s own Independent Evaluation Office (IEO) review in 2007 found that 84 per cent of Fund staff surveyed recognise that the first draft of the Memorandum of Economic and Financial Policies, which sets out the terms of the loan and conditions, was drafted by IMF staff, and there is no evidence that this has changed significantly since 2008.

Increases in conditionality during the 1990s and criticisms from civil society groups and borrowing governments[i] over the years about the amount and intrusiveness of conditionality led to a series of reviews, aiming to ‘streamline’ practices, summarised below.

The IMF uses its significant influence to promote controversial austerity and liberalisation measures, with potentially severe impacts on the poorest people around the globe.

However, Eurodad research in 2008 found that the number of conditions per loan actually increased after the Fund’s 2005 review of its conditionality and a third of all conditions were in sensitive economic topics, including privatisation and liberalisation.

Conditionality has become a hot topic again, after a boom in IMF lending following the global financial crisis. IMF lending had dwindled to very low levels by 2007, but the latest (2007-08) international crisis gave the Fund the opportunity to expand to new countries and to lend to old recipients.[iv] The IMF’s latest review of conditionality, published in 2012, recognised that work still needed to be done. It called for conditionality that is more appropriate to the needs of each country, increased ownership of the country, and better clarity of, and parsimony in conditions.[v]

Eurodad’s research, published in April, assesses whether there really has been any change in IMF conditionality by focusing on two critical issues: the overall numbers of conditions; and whether the IMF is including less conditionality in the most politically controversial areas: economic policy reform on sensitive topics.

Eurodad assessed all loans with structural conditionality approved since the last IMF review – from  October 2011 – up to end August 2013. In total, seven non-concessional loans and 16 concessional loans in 22 countries were assessed. We examined the documents that were agreed at the time of approval, and counted all conditions – separating those that were several conditions wrapped into one. Finally we identified all conditions that were in two key examples of highly sensitive and controversial economic policy – those affecting fiscal policies and the role of the state in the economy. Full details of the methodology and the countries covered can be found in the report.

Second, the biggest IMF facilities in terms of loan totals have the heaviest conditionality. This rise is driven by exceptionally high numbers of conditions in Cyprus, Greece and Jamaica, which together accounted for 87 per cent of the total value of loans, with an average of 35 structural conditions per programme.

Third, almost all the countries were repeat borrowers from the IMF, suggesting that the IMF is lending into situations of unsustainable debt levels, not lending for temporary balance of payments problems – its true mandate. Twenty of the 22 countries studied had previous arrangements within the last ten years, and the majority within the last three years.

Fourth, we found widespread and increasing use of controversial conditions in politically sensitive economic policy areas, particularly tax and spending, including increases in value added tax (VAT) and other taxes, freezes or reductions in public sector wages, and cutbacks in welfare programmes, including pensions. Use of these types of conditions tends to be lower in low-income countries, but is very high in some of the largest programmes. Other sensitive topics include requirements to reduce trade union rights, restructure and privatise public enterprises, and reduce minimum wage levels.  As Table 1 shows, over 170 sensitive conditions were counted. Examples are given in Table 2, with further details in the full report.

This analysis confirms the findings of other research, which shows that the IMF uses its significant influence to promote controversial austerity and liberalisation measures, with potentially severe impacts on the poorest people around the globe. For example, a 2012 report published by Development Finance International (DFI) on IMF programmes in low-income countries found that “the IMF … returned to a path of fiscal conservatism and reduced spending levels from 2010 onwards”. Furthermore, a 2013 Center for Economic and Policy Research (CEPR) study of IMF advice in Europe found “a focus on other policy issues that would tend to reduce social protections for broad sectors of the population (including public pensions, health care, and employment protections), reduce labour’s share of national income, and possibly increase poverty, social exclusion, and economic and social inequality as a result.”

This is particularly worrying for borrowers from developing countries, who have a limited voice and a minority vote at the IMF. Agreements made in 2010 to increase – by a small amount – the votes of emerging market economies have been blocked by the failure of the US to ratify them (see Bulletin May 2014). The US has such a large share of IMF votes that it can unilaterally veto these kinds of decisions, while European governments cling on to eight of the 24 seats on the IMF’s executive board.

It is clear that the IMF’s role and governance needs a major overhaul. Eurodad makes three recommendations. First, the IMF should focus on its true mandate as a lender of last resort to countries that are facing temporary balance of payments crises. Such countries need rapid support to shore up their public finances, not lengthy programmes that require major policy changes. A far more sensible approach would be to extend the example of the IMF’s new but little used Flexible Credit Line to all IMF facilities – requiring no conditionality other than the repayment of the loans on the terms agreed.

Second, if countries are genuinely facing protracted and serious debt problems, then IMF lending only makes the situation worse. The development of fair and transparent debt work-out procedures should be prioritised by the international community, and at regional and national levels, to assess and cancel unpayable and illegitimate debt. However, the IMF should not be the venue for such debt work-out mechanisms: as a major creditor, it would face an impossible conflict of interest.

Finally, the IMF must urgently address its crisis of legitimacy, and radically overhaul its governance structure to give developing countries a fair voice and vote, and to radically improve transparency and accountability. A vital first step would be to introduce double majority voting, so that approval is needed from a majority of IMF member countries, in addition to a majority of IMF voting shares.

Unless the IMF radically rethinks how it lends, and conducts a root and branch reform of its governance, it is destined to drift further and further from reflecting global power shifts, suffer from a deep lack of democratic legitimacy that fuels distrust of the institution, and fail to play the key role it was set up for – helping stabilise countries in crisis.

[More examples can be found in the full report]

Jesse Griffiths is director of Brussels-based Eurodad, the European Network on Debt and Development

Eurodad’s full report: Conditionally yours: An analysis of the policy conditions attached to IMF loans