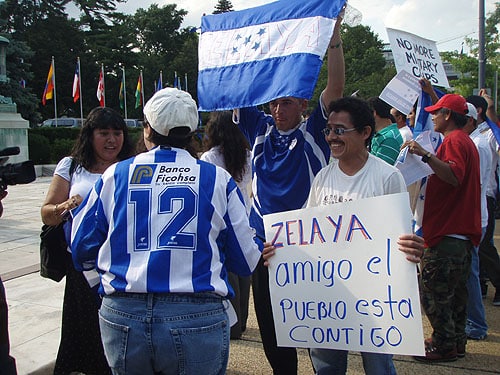 An audit by the IFC’s accountability mechanism says the IFC failed to adequately address environmental and social risks when it approved a $70 million loan to Honduran bank Ficohsa. Ficohsa has lent millions to another IFC client, palm oil company Dinant, alleged to have been involved in human rights abuses.

A mid-August audit released by the Compliance Advisor Ombudsman (CAO), the accountability mechanism of the International Finance Corporation (IFC, the Bank’s private sector arm), has revealed that the IFC failed to adequately address environmental and social risks when it approved a $70 million loan to Ficohsa, Honduras’ largest bank, in 2011.

The CAO found that the IFC excluded serious allegations from its project documents about Ficohsa’s investment in palm oil producer Dinant, the bank’s third biggest client, which made this information “effectively secret and thus divorced from systems which are designed to ensure that IFC, and its clients are accountable to project affected people for delivery on their environmental and social commitments”. A January CAO audit report strongly criticised the IFC for its $30 million loan to Dinant, alleged to have been involved in human rights abuses, including the killing, kidnapping and forced eviction of farmers in the Bajo Aguán region (see Observer Winter 2014).

Civil society organisations called on World Bank Group president Jim Yong Kim to “clean up these scandals” and develop an action plan to ensure they do not happen again. Miriam Miranda, coordinator of the Fraternal Organization of Black Hondurans (OFRANEH), said: “We call on all multilateral financial institutions to stop providing millions of dollars in loans to corporations that have been accused nationally and internationally of responsibility for serious human rights violations.”