CAO audit of a sample of IFC investments in third-party financial intermediaries, CAO

E&S Risk Management of Financial Institutions at the IFC

Civil society letter re: the IFC and lessons learned

Response letter to the head of IFC Jin-Yong Cai re: IFC investment in the financial sector 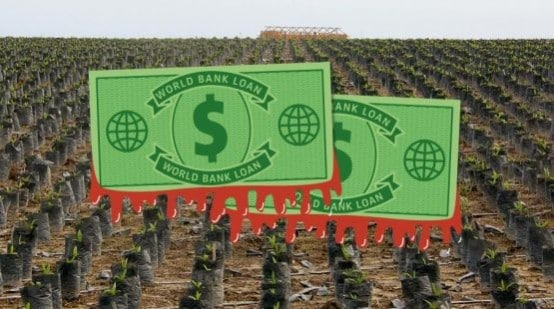 The Bretton Woods Project joins Oxfam in welcoming IFC executive vice president Cai’s commitment to ensuring that the IFC will measure its success “by the development impact of our projects — not by the dollar volume of our investments” and to change the institutional culture to that end.

It is encouraging that Cai is committed to aligning staff incentives with the IFC’s purpose as a development institution. Action to that end is certainly important given that according to a recent World Bank Group staff survey, only 30 per cent of IFC staff said they consider development as their main objective, and regard loan volume as more valued by the institution.

The December 2013 Compliance Advisor/ Ombudsman (CAO) report on the Dinant case clearly identifies the systemic nature of the challenges faced by the IFC, noting that the failures identified arose, in part, from staff incentives “to overlook, fail to articulate, or even conceal potential environmental, social and conflict risk”, and that staff felt pressured to “get money out the door”  and discouraged from “making waves.”  Therefore, while Cai’s sentiments are welcome it is notable that his stated commitment to change is framed by a continued unwillingness to acknowledge that the Dinant, Ficohsa, Tata Mundra, GKEL, Dragon and Wilmar cases are not the result of case-specific oversights but reflect institutional problems within the IFC.

CSOs have repeatedly attempted to engage with the IFC on this issue, including through four letters co-signed by over fifty local and international organisations.  As outlined in the Bretton Woods Project’s ‘Follow the Money’ report , the findings of the IFC’s own internal audit found that “The result of [the] lack of systematic measurement tools is that IFC knows very little about potential environmental or social impacts of its [financial market] lending.” CSOs have therefore called for extensive consultations on the nature and impact of the IFC’s lending and for the joint development of specific mechanisms to address the problems identified by the CAO audit and CSOs. Specific action is required to address these systemic issues and to ensure that IFC lending results in positive developmental impact for the communities it is mandated to support. It is clear that Cai’s blog, while containing some positive statements, is not an adequate response to the important concerns raised on multiple occasions by CSO partners and substantiated by the CAO audit.

Cai’s admission that ‘highly charged’ environments such as Honduras require a more comprehensive and long-term assessment of project risks and consequences is particularly relevant, given his call for the IFC to ‘ramp up’ its work in areas suffering or transitioning from violent conflict. As Cai himself implies in his statement on the Dinant case, the complexities of the IFC’s operational environment cannot serve to justify decisions and projects that are contrary to the IFC’s vision to ‘do no harm.’ The extensive literature documenting the unintended negative consequences of the activities of the World Bank and the international community generally in these settings makes clear the inherent difficulties of working in conflict and post-conflict environments even for organisations that are dedicated to the task.  Unfortunately, as Daniel Runde and Conor Savoy note in the 12 October 2012 US-based think thank Center for International and Strategic Studies, article, the “IFC remains largely culturally and institutionally unequipped to work in these areas. It may require entirely separate vehicles and personnel to staff these opportunities.” It is therefore imperative that before ‘ramping’ up its activities in complex conflict settings the IFC ensures that its oversight mechanisms, incentive structures and choice of financing vehicles are fit for purpose.

The inadequacy of Cai and the IFC’s response is clear when one considers the years of engagement by CSOs with the IFC’s own ombudsman on the issue, as briefly outlined below:

To date, despite the repeated efforts outlined above, the IFC’s response has been limited to Cai’s blog.

CAO audit of a sample of IFC investments in third-party financial intermediaries, CAO

E&S Risk Management of Financial Institutions at the IFC

Civil society letter re: the IFC and lessons learned

Response letter to the head of IFC Jin-Yong Cai re: IFC investment in the financial sector