“We suffered when we came here” 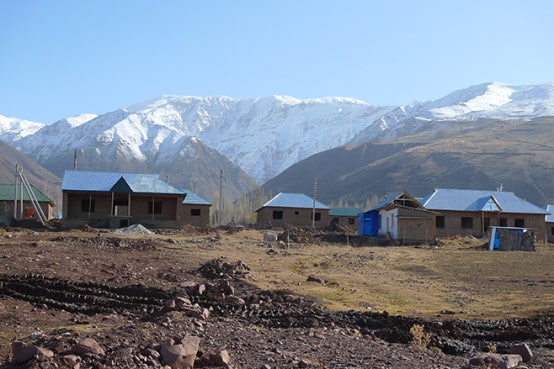 In June the World Bank published the final draft of its feasibility assessment of the Rogun hydropower plant in Tajikistan, which would be the world’s tallest dam (see Update 85, 75, 74). Looking at the economic, technical and social aspects of the project, the report concluded that “building a dam at the Rogun site is a lower cost solution to meeting Tajikistan’s energy needs than any other alternatives.” The proposed dam would have 335 meter walls and produce an installed capacity of 3,600 megawatts. According to news site EurasiaNet the dam has been controversial not only because of its social and environmental consequences but also the significant financial risk involved. The estimated costs are projected to be around 50 per cent of Tajikistan’s GDP.

A June report published by international NGO Human Rights Watch (HRW) also raises major concerns about the project, highlighting its displacement and resettlement of 1,500 families since 2009. The Bank’s assessment has estimated that the dam and hydropower plant stand to displace an additional 42,000 people before it is operational. According to HRW, the government’s failure to provide adequate access to agricultural land in resettled communities has forced families who previously farmed their own lands to purchase food from markets, whilst inadequate compensation and lack of employment opportunities have added to their financial hardship. Furthermore, some of the resettled communities do not have local schools, restricting children’s access to education. HRW points out that whilst the Bank-sponsored assessments scrutinise the project’s compliance with international environmental law, they were silent on Tajikistan’s international human rights obligations, except in relation to environmental law.

Francesca Corbacho of HRW said: “the World Bank has to date invested more than $10 million in studies to determine the feasibility of Rogun HPP [hydro power plant]. While the Tajikistan government has agreed to abide by the World Bank’s safeguards, gaps remain in part as these standards fall short of those set out under international human rights law and in part because of inadequate monitoring and accountability. As a result, many resettled families have suffered serious disruptions in access to housing, food, water, and education, in violation of these essential human rights. The World Bank should work to ensure that human rights are respected and protected as Rogun HPP moves forward”.

“We suffered when we came here”