Is the World Bank getting more serious about gender inequality?, Shawna Wakefield

Voice and agency – empowering women and girls for shared prosperity 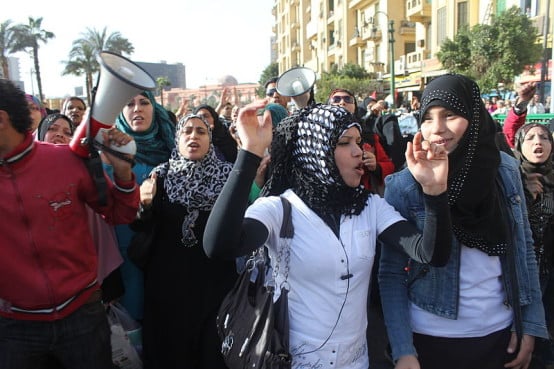 A May World Bank report Voice and agency – empowering women and girls for shared prosperity purports to “shed new light on constraints facing women and girls worldwide”. Writing in the report’s foreword, Bank president Jim Yong Kim said that discrimination against women has “economic costs”. He added that gender equality “guarantees basic rights” and plays a “vital role in promoting … robust shared growth”.  Kim recognised the need to address the “epidemic of violence against women”. He saw the fulfilment of the Bank’s twin goals of ending poverty and boosting shared prosperity as necessitating the “full and equal participation of women and men, girls and boys”.

The report, which follows the influential 2012 World Development Report on gender (see Update 79), notes that greater voice and agency for women “are ends in themselves” and yield “development dividends”. Despite noting “unprecedented progress” in recent decades the report records significant “constraints” preventing women exercising their voice and agency, including violence against women, limited control over sexual and reproductive health, lack of political representation and land ownership rights.

However, civil society groups have questioned the extent to which the Bank’s rhetoric will change practice. UK-based NGO International Planned Parenthood Federation (IPPF), assessing the Bank’s progress on sexual and reproductive health (see Observer Summer 2014), noted that “what gets measured is what matters in political and financial terms”. Preethi Sundaram of IPPF said: “The Bank really should translate its commitments into practice. Key indicators on sexual and reproductive health must be included within Bank-wide strategies to ensure that they remain priorities. To be effective, the Bank must monitor progress against these key areas which relate directly to eliminating poverty and achieving gender equality.”

It turns out that there is no space at all for gender considerations and protection to women from World Bank projectsTiti Soentoro, Aksi

Despite lauding the Bank’s recognition of data gaps and work to address them, Shawna Wakefield of UK-based NGO Oxfam questioned in a June blog “why they seem so averse to using its influence to secure improved data collection and analysis”. She set out a number of recommendations that the Bank should adopt to use its own influence to improve the indicators and cohere better with a rights based framework. Praising the report’s focus “on some of the ‘sticky’ issues – namely that gender differences are rooted in deeply entrenched gender roles and social norms”, Wakefield nonetheless observed that “this comes with expectations that the Bank’s practice will reflect their findings”. She concluded that the report pays “very little” attention to what development actors and the Bank itself should do “to support women’s collective action”.

As the Bank’s new gender director Caren Grown settles into her role much is expected of her gender “cross-cutting solutions area”, one of five policy areas which emerged from Kim’s 2013 strategy (see Bulletin May 2014). Rachel Noble, Women’s Rights Policy Advisor at ActionAid UK said: “The World Bank’s approach to gender mainstreaming has often been viewed as centralised and process-heavy, with inadequate attention to how projects impact upon the lives of women in the developing world.  The gender cross cutting solution area creates an important opportunity for the Bank to start operationalising its commitments in ways that recognise and address the structural barriers to gender equality and the fulfilment of women’s rights, while heeding the vital role of women’s collective agency in achieving these. “

Closer scrutiny of the Bank’s wider policies reveals that it has much to do to set its own house in order on gender rights. A leaked July draft of the Bank’s proposed new safeguards framework received a frosty reception. In a press statement the same lesbian, gay, bisexual, and transgender (LGBT) activists, who enjoyed a much-publicised meeting with Kim at the spring meetings, including Xiaogang Wei of the Beijing Gender Health Education Institute (see Bulletin May 2014), condemned the draft. According to the draft framework, now available for public consultation, the Bank merely says it will “give due consideration” to a list of “vulnerable groups”, including women, and sexual and gender minorities. The activists commented: “Despite almost two years of work, the World Bank failed to go beyond superficial references to women, girls, and sexual and gender minorities and vague inclusion declarations. The draft lacks clarity in many ways on how exactly it intends to ensure the needs of marginalised groups are addressed.” They have called for a stand-alone sexual orientation, gender identity and expression (SOGIE) safeguard. According to Washington-based NGO Gender Action, which also backs the campaign, a SOGIE safeguard would consist, at a minimum, of “the formation of baseline gender and SOGIE indicators for projects …. that are responsive to gender and SOGIE concerns, meaningful consultation with women, girls, sexual and gender minorities, and instruments for the Bank to plan for address gender – and SOGI-specific risks.” Additionally the safeguard “must also cross reference [other pre-existing] updated safeguard policies … to include language specific to gender and SOGIE.” Titi Soentoro of Indonesian NGO Aksi which campaigns on women’s rights said: “It is disappointing that the leaked Bank’s safeguard document doesn’t consider calls on gender considerations despite acknowledgement in its approach paper of gender as one of the emerging issues, submissions from the women’s movements and oral interventions at the consultations … It turns out that there is no space at all for gender considerations and protection to women from World Bank projects”.

Is the World Bank getting more serious about gender inequality?, Shawna Wakefield

Voice and agency – empowering women and girls for shared prosperity