US Campaign for Burma

The Democratic Voice of Burma 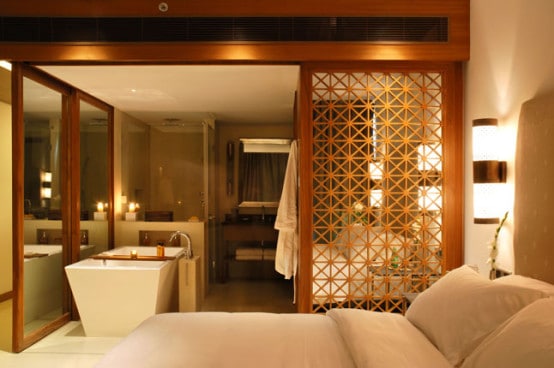 In July the International Finance Corporation (IFC, the Bank’s private sector arm), approved a $21 million equity investment in SAMHI Hotels Private Limited for its hotel operations in India. The company has seven hotels, in Bangalore, Greater Noida, Ahmedabad, Hyderabad, and Pune, and has another seventeen under development. SAMHI’s properties are operated by international hotel operators, such as Hyatt, Marriott, Accor and Starwood.  At the end of September the cheapest room for one night at these hotels in Bangalore is between $98-$195 a night. According to World Bank figures around 30 per cent of India’s 1.2 billion people live on less than $1.25 a day. In a press release Vipul Prakash, IFC director for manufacturing, agribusiness and services for the Asia Pacific region, said the investment would provide “affordable hotels in countries with increasing domestic travel and rapidly growing middle classes”.  The IFC also claimed the investment will generate around 2,600 jobs (nearly 800 for women), increase investment in low income parts of India and create local supply chain linkages. However, a 2012 report, IFIs and tourism, published by Indian NGO Equitable Tourism, highlighted longstanding concerns on the Bank’s investments in tourism projects around the world and strongly questioned claims that its investments in tourism are pro-poor: “they dress their support for tourism and associated infrastructure projects in the language of sustainable development, environmental and cultural preservation, job creation and local economic development”, however, they “have a history of support­ing large-scale, mass models of tourism development in the developing world which has led to visible negative impacts”. The IFC has long attracted criticism for controversial history of investing in luxury hotels in some of the world’s poorest countries. In 2014 it approved investments in a Marriott hotel in Bolivia, and in other hotels in Vietnam, Ethiopia, Tanzania and Zambia (see Bulletin May 2014, Feb 2014). This follows previous investments in luxury infrastructure in Vietnam, Guinea and Marriott hotels in Haiti and Jamaica (see Update 86, 84). In August the IFC said that across the world it has invested $2 billion in over 270 hotel projects.

In Burma (also known as Myanmar) the IFC has been criticised for investing in luxury hotels that will not directly benefit the poorest, and for failing to adhere to environmental and social safeguards. The IFC’s investments include an $80 million loan for the Traders Hotel and Shangri-La service apartments (see Bulletin Feb 2014); a $8.5 million loan for the Bagan Lodge, Sanctum Inle Resort and Yangon Building; and $75 million in debt and equity for a 10-acre site with hotels, offices, residential and retail space. Rachel Wagley of NGO US Campaign for Burma commented: “The IFC’s lending proposals are raising serious questions regarding [its] mission to alleviate poverty in Burma. Upscale hotel construction [is a] peculiar way to empower impoverished people in a country where over one-fourth of the population lives under the national poverty line.”

US Campaign for Burma

The Democratic Voice of Burma