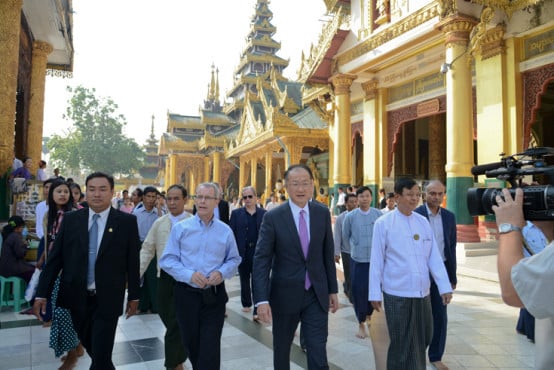 In July, the International Financial Corporation’s (IFC, the World Bank’s private sector arm) executive vice president Jin-Yong Cai asserted in a World Bank blog that the “extraordinary” progress made during the past two decades in poverty reduction requires that similar results be achieved in “the world’s most difficult corners.” This is in line with the World Bank Group’s new approach to fragile and conflict-affected states (FCS, see Bulletin Dec 2013).

Cai expressed confidence in the IFC’s ability to deal with the risks associated with these environments and to quickly rectify mistakes. He used the IFC’s 2009 investment in Dinant, a palm oil company with alleged links to murders and other human rights abuses in Honduras (see Observer Winter 2014), to show that the IFC now recognises that it must consider a variety of risks such as “political instability and the prospect of conflict and violence over land rights.” He committed the IFC to measuring its success by “the development impact of projects – not by the dollar volume of investments.” This commitment follows a February World Bank Group staff survey which revealed that less than half of staff consider development their priority.

A December 2013 Compliance Advisor Ombudsman (CAO, the IFC’s accountability mechanism) audit on Dinant criticised the IFC’s incentive structure, noting that identified failures arose, in part, from staff incentives “to overlook, fail to articulate, or even conceal potential environmental, social and conflict risk”, and that staff felt pressured to “get money out the door” and were discouraged from “making waves” (see Observer Winter 2014).

Cai’s remarks indicate a continued unwillingness to acknowledge that Dinant and other well-documented cases such as Tata Mundra (see Observer Summer 2014), reflect structural problems at the IFC. Concerns have also been raised about the lack of accountability in the IFC’s investments in financial intermediaries (FIs), such as the Honduran bank Ficohsa (see Bulletin Sept 2014). Civil society organisations (CSOs) have repeatedly attempted to engage with the IFC on the need for systemic changes in IFC investments, including through four letters specific to Dinant, co-signed by over 50 local and international organisations.

Cai did admit that “highly charged” environments, such as Honduras, require a different approach and that investment decisions contrary to the IFC’s vision to ‘do no harm’ cannot be justified. His admission is particularly significant given his call for the IFC to “ramp up” its work in FCS.

The World Bank’s Independent Evaluation Group’s (IEG) 2013 report on assistance to low-income FCS noted that World Bank Group country assistance strategies “have lacked tailoring to fragility and conflict drivers and realism, and do not currently have contingencies based on political economy and conflict risks” and that “IFC performance incentives are not well aligned with supporting its strategy of increasing engagement in FCS” (see Bulletin Dec 2013). While the IFC has made some efforts to adapt its programming in FCS, such as through its pilot Conflict Affected States in Africa project, the case of Burma, also known as Myanmar, suggests that the IFC’s approach remains problematic.

The World Bank has recently stepped up its activities in Burma, pledging $2 billion to the country in January (see Bulletin Feb 2014). In late June, a group of 23 Burmese CSOs sent a letter to the executive directors of the World Bank Group demanding that environment and social safeguards are in place to ensure that “investment through Small and Medium Enterprises (SMEs) will not involve illegal land acquisition, violate core labour standards, avoid the basic occupational health and safety standards, and violate the IFC investment exclusion list.” In May, the NGO US Campaign for Burma criticised the IFC’s contentious $30 million investment in Yoma Bank, as the banks’s designation as a financial intermediary would exempt it from due diligence standards and safeguards. The IFC’s resident representative justified the exemption by stating that “SME [lending] is considered to have very little social and environmental impact.”  While the majority of the country’s population lives in rural areas and 70 per cent rely on agriculture for livelihoods, three of the IFC’s five investments in Burma involve the construction of hotels, which have been criticised for their dubious developmental value (see Observer Autumn 2014).

In addition to questioning the developmental value of IFC financing decisions, CSOs have raised concerns about the potential impact of World Bank Group support on the country’s fragile peace process. Global NGO the International Crisis Group noted in February that “[t]he peace process with ethnic armed groups is in a delicate phase, with all sides engaged in a concerted effort to bridge gaps and build trust.”

In September, 39 Burmese organisations issued a joint submission to the Bank expressing concerns that its investments  “could easily become focal points of public opposition and conflict if they aggravate the root causes of conflict – such as racial inequity, land and resource grab and forced displacement from traditional livelihood resources”. The organisations also criticised the “lack of systematic approach to analysing the risks of conflict that surround the projects” and the fact that loans were approved “despite legitimate civil society concerns and calls for meaningful consultations with concerned communities.”

Reflecting on the criteria for IFC investment decisions in Burma, its resident representative said companies had been selected because “these are companies with good growth potential … and can return the investment.”