Bringing issues of education and privatisation to the UN, Sylvain Aubry

Education as if people mattered 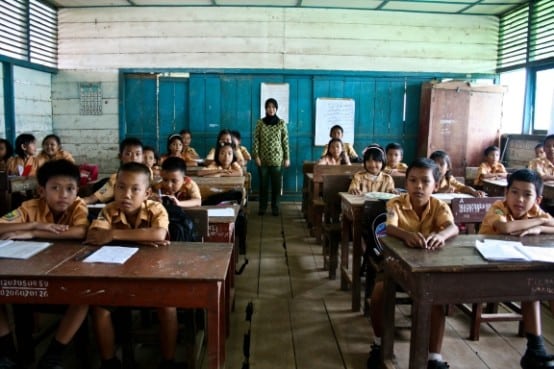 The World Bank has stepped up its mission to promote the benefits of private schooling (see Bulletin May 2014, Dec 2013). Shanta Devarajan,chief economist of the World Bank’s Middle East and North Africa Region sparked controversy by stating that “education is a private good”. In a July blog entitled “Education as if economics mattered”, he asserted that “Public education is failing, and so people are turning to private markets.” His comments were quickly followed by Bank staffer Donald Baum who advocated in a late July blog that “we need to recognise and leverage the contributions that private providers can offer to education.”

Steve Klees of the University of Maryland, writing on the Education in Crisis site of global teachers’ organisation Education International accused Devarajan of having “a poor understanding of economics” in a blog post entitled “Education as if people mattered”.  He said: “Perhaps the most significant public policy investment that tempers the inherent inequalities of our market system is public education. While public education is very unequal in a myriad of ways, privatisation will make education much, much, more unequal.” Klees pointed to previous attempts by the Bank to undermine public education which had been discredited by economists. In September at its 67th session of the UN Committee on the Rights of the Child, Committee member Benyam Mezmur further undermined Devarajan’s interpretation, asserting that education is a “public good”.

In a June article for the journal Comparative Education Review, Karen Mundy of the University of Toronto and Francine Menashy of the University of Massachusetts Boston highlighted the unsubstantiated claims of the Bank on the benefits of private education, commenting that: “By glossing over the absence of conclusive evidence and simultaneously espousing the positive impacts of private provision, the Bank belies its own claim to scientific rigor.” Whilst the Bank’s middle and low-income country lending arms, the International Bank for Reconstruction and Development (IBRD) and International Development Association (IDA), educational programmes continue to invest almost exclusively in states’ public education projects, the paper comments that IFC investments “primarily support elite private schools”, “creating a distinct case of organisational hypocrisy” within the Bank.”

Bringing issues of education and privatisation to the UN, Sylvain Aubry

Education as if people mattered