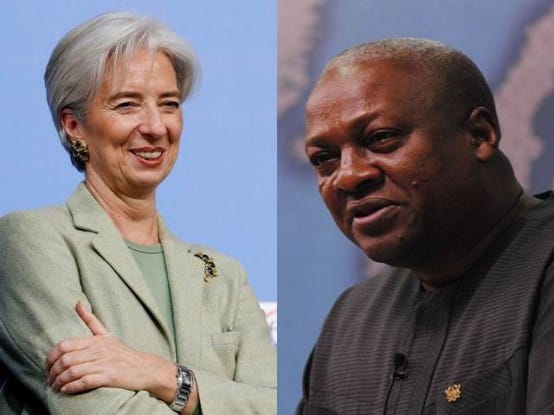 In early August Min Zhu, deputy managing director of the IMF, announced that Ghana, one of the emblems of the much-touted ‘Africa rising’ phenomenon, had approached the Fund for support (see Observer Summer 2014). Ghana’s previous exalted status was based on its record as Africa’s fastest growing economy in 2011 and GDP growth of eight per cent for the past five years.

Ghana’s request for IMF support comes after months of acrimonious discussions between the government, the opposition and trade unions, and was initially hotly denied by the government.Concerns were raised by Ghana’s Trades Union Congress (TUC), which feared the potential for conditionalities inherent in IMF support, including likely reductions in subsidies and cuts in civil service numbers and benefits.

In August the government eventually conceded that it had begun discussions with the Fund, but stressed that these were founded on its own policy framework.  President John Mahama emphasised that the support Ghana sought from the IMF “is more along a discussion … If it comes with money, that is fine.”

Local opposition to the IMF deal highlighted lack of consultation on the proposed policies. Opposition MPs suggested that, in light of the impact of proposed policies, the package should be presented to parliament for approval.  Responding to concerns raised, particularly about the potential for conditionalities, the government stressed that IMF support was not sought because of a failure of the government’s ‘home grown’ solutions. Mahama justified IMF assistance rather on “the need for policy credibility and confidence from the international financial institutions, capital markets and investors for the measures being implemented to restore economic stability and growth.”

Speaking at a press briefing at the IMF and World Bank spring meetings in April, IMF managing director, Christine Lagarde, reportedly joked that “structural adjustments were before my time.” She emphasised that relationships with clients are now founded on the “basis of a partnership.” However, in April Belgium-based NGO network Eurodad reported that “the number of policy conditions per [IMF] loan has risen in recent years.” Eurodad also highlighted the “increasing use of controversial conditions in politically sensitive economic policy areas, particularly those that affect tax and spending policies” (see Observer Summer 2014).

Ghana’s turn to the IMF coincides with recent less optimistic economic forecasts of Africa’s performance by the Fund, which has expressed concern about potential external threats, such as a slowdown in the US Federal Reserve tapering programme, a decrease in Chinese economic growth and weaker commodity prices. In March the Fund raised concerns about the situation in Zimbabwe, where growth decreased from 10.5 per cent in 2012 to just above three per cent in 2013. In April the IMF also highlighted the dangers of foreign denominated debt, particularly given its projection that “Sub-Saharan Africa fiscal deficit, on average, will hit 3.3 per cent of the gross domestic product in 2014, a massive shift from a surplus of 2.5 per cent a decade ago.”  It further noted that budget shortfalls in Sub-Saharan Africa are “elevated”, despite high commodity prices. The Fund also underscored that debt as a percentage of GDP “climbed eight percentage points between 2012 and 2013, while it rose 15 points in Malawi.”

A July 2014 UNCTAD (United Nations Conference on Trade and Development) report also casts doubt on the ‘Africa rising’ rhetoric and highlights a trend toward deindustrialisation in the continent during the past two decades. The report noted that “the share of manufacturing in total value added fell from 13 per cent in 1990 to 12 per cent in 2000 and 10 per cent in 2011.” The report also expressed concerns about Africa’s continued reliance on natural resources and its negative impact on the continent’s ability to undertake a much needed economic transformation.

In assessing the outlook for Africa, UNCTAD underscored that Africa’s growth rate has been impressive, with annual growth rate of real output increasing from 2.6 per cent from 1990 to 2000 to 5.3 per cent in the period 2000–2010. The report highlighted, however, that many countries continue to face significant challenges, ranging from “food insecurity, high unemployment, poverty and inequality, to commodity dependence, lack of economic transformation, environmental degradation, and low integration of the continent in the global economy.”

Deindustrialisation and a fall in Africa’s share of labour-intensive manufacturing have been coupled with an expansion in private bank credit as a percentage of GDP, from 14.3 per cent in 2002 to 19 per cent by 2008. These phenomena and the increasing reliance on financial markets, including foreign currency bonds, such as those recently issued by Ghana and Zambia, led former World Bank chief economist and Nobel laureate Joseph Stiglitz in June to question whether these conditions could lay “the groundwork for the world’s next debt crisis.”