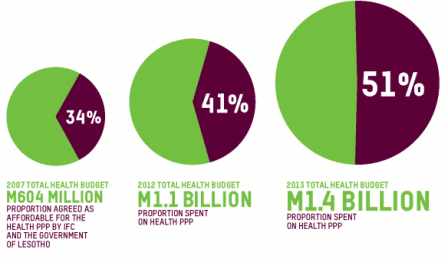 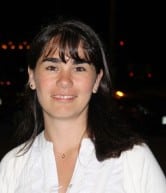 The World Bank Group’s recent strategy promotes public-private partnerships (PPPs) and suggests intensifying support to them in the future. However, a July report from the Bank’s Independent Evaluation Group (IEG) has revealed a worrying lack of proven poverty impact from Bank Group interventions involving PPPs.

The report assesses how effective the Bank Group has been in supporting countries to use PPPs from 2002-2012. There is currently no unified definition of a PPP. The IEG considers that PPPs are “long-term contracts between a private party and a government agency, for providing a public asset or service, in which the private party bears significant risk and management responsibility”. By using this definition, the IEG excluded from the report other type of private sector involvement, such as short-term outsourcing arrangements without private capital at stake (“pure public”) and fully privately owned regulated businesses (“pure private”).

The Bank Group has been involved in creating an enabling environment, as well as providing advice and finance to PPPs for many years. According to the IEG report, from 2002 to 2012 Bank Group support to PPPs increased about three fold. In 2012, it accounted for $2.9 billion through lending, investments and guarantees. Investments from the Bank’s private sector arm, the International Finance Corporation (IFC), and guarantees from the Bank’s political risk insurance arm, the Multilateral Investment Guarantee Agency (MIGA), mostly benefit PPP projects in middle-income and upper-middle-income countries (65 per cent and 72 per cent respectively), while the Bank targets a higher share of low-income countries (68 per cent). This is not a surprise. Eurodad’s July report A private affair found that the IFC favours economically-developed countries and concluded that its financial additionality remains questionable.

María José Romero The evaluation raised a significant red flag: “data are scarce on the effects on the poor”

The IEG states that “PPPs need to be reviewed in relation to their contribution to the institution’s main goals”, namely fighting poverty and promoting shared prosperity. Although the IEG concluded that Bank Group-supported PPPs are largely successful in achieving their development outcomes, there are some worrying signs in specific sectors. The poorest performing sector for the IFC was the railway sector (50 per cent successful), while Bank success in energy distribution was even more problematic (only 33 per cent). Any successes are relative, however, as they are based on a highly questionable set of indicators.

The IEG review showed that development outcome ratings are currently insufficient to evaluate PPP projects properly. According to the IEG, key dimensions to consider include: access, quality, efficiency, financial soundness, fiscal aspects and access for the poor (a clear omission is gender impacts, which were not even considered in the evaluation). The evaluation raised a significant red flag: “data are scarce on the effects on the poor”. Out of 173 PPPs supported by the Bank Group “there were no projects for which data were available along all dimensions” and just nine projects included data on the impact on the poor. One clear conclusion from the evaluation, however, is that the underlying rationale for supporting PPPs rests on a highly questionable trickle-down effect assumption, articulated by the IEG as: “PPPs can help improve infrastructure, spurring economic growth that eventually reaches the poor.”

Nevertheless, on the basis of the inadequate data available, the IEG concluded that “for WB projects, there was evidence of broader benefits to the poor in 42 per cent of cases; for IFC investments in 39 per cent and MIGA in 20 per cent of its projects”. In response, the Committee on Development Effectiveness of the Bank Group board recommended that “IFC should apply a pro-poor lens to measure PPP impact”.

Gains and risks of PPPs

One important question is whether PPPs are better than public sector procurement. The IEG concluded that its analysis of 45 countries “did not reveal much evidence that the Bank Group had provided advice on whether private sector involvement was the best option”. The IEG added that the Bank’s rationale for this crucial omission is that they believe “involving the private sector is a good thing” and that “the public sector option may [be] unaffordable in any event”. This is highly problematic as the benefits of engaging with the private sector have to be considered in relation to other options for financing. An April Eurodad report for the European Parliament showed that “PPPs are by far the most expensive way to fund projects”.

Another surprising finding is that the Bank Group has not paid attention to hidden debts run up by PPPs. According to the IEG, these are “rarely fully quantified” at the project level and “advice on how to manage fiscal implications from PPPs is rarely given”. The IEG acknowledges that the public sector liabilities triggered by PPPs can be “substantial”, which has been the case for many PPPs. April research by international NGO Oxfam showed that a PPP hospital in Lesotho under advise from the IFC, ended up consuming more than half of the total government health budget and at least three times what the old public hospital would have cost today (see Bulletin May 2014). Many European countries have also experienced huge fiscal problems resulting from PPPs. In Portugal, this motivated the IMF to include a condition to a government loan to review its PPP contracts from a fiscal perspective.  Therefore, if not addressed properly, this is a serious issue that might have long-term negative development impacts.

Overall, the IEG evaluation raises critical points that should prompt deep reflection and a management response. This should include a lessons learned exercise, starting by questioning the rationale for supporting PPPs to reduce poverty and fight inequality. Without this new initiatives, such as the-soon-to-be-launched Global Infrastructure Facility (GIF, see Observer Autumn 2014) which will focus on facilitating complex infrastructure PPPs, will run the risk of repeating past failings instead of placing the needs of the world’s poorest first.