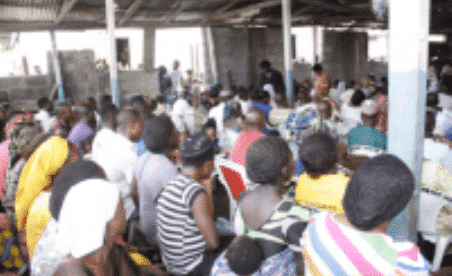 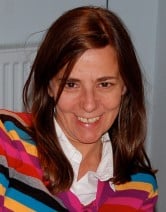 In February 2013, some 9,000 people in Badia East, Nigeria were forcibly evicted from their homes. The evictions occurred in the context of a World Bank funded project aimed at slum upgrading (see Bulletin Sept 14, Observer Spring 14).

The Panel considered that the complaint was eligible for registration, but proposed the application of its new early solutions pilot approach to the case. The essence of the pilot is to postpone the Panel’s usual procedure of registration and investigation of a complaint. Instead, the Panel gives more time for the requesters to seek to resolve issues with the World Bank, based on an action plan proposed by the Bank which is acceptable to the complainants. On the basis of the outcome of the pilot, the Panel decides whether or not to register. The pilot extends the role of the Panel, set up originally to assess compliance with the Bank’s safeguards policies, to one in which it would facilitate a settlement between the World Bank and the complainants. Such a significant innovation should have been subject to public scrutiny. However, the Panel sent the board the pilot policy proposal in November 2013 and only subsequently carried out a public consultation. It made no substantive changes to the policy in spite of critical comments from civil society, as outlined by Amnesty International, in an August report.

the Panel should have investigated the complaint, which met all the eligibility criteria for registration under its World Bank board-approved mandateAlessandra Masci

In November 2013 community representatives accepted the Lagos state’s offer of inadequate financial assistance, and in so doing also accepted that the state government would not provide alternative accommodation or restoration of livelihoods.  They did this because they felt they had no choice.

Although the Panel visited Badia East and had acknowledged in its decision not to register the complaint the lack of compliance of the RAP with Bank’s policies, the pilot process for Badia East concluded in early July. The Panel justified this decision on two grounds. First, that five out of eight community representatives who had negotiated with the Lagos authorities (but not the original requesters) signed a letter stating that they were satisfied with the outcome; and second, the Panel stated that the Bank had taken adequate steps to address the complaint in line with Bank management’s action plan.

However, two out of the three original requesters and more than 40 affected people had expressed to the Panel their dissatisfaction with the financial assistance provided under the RAP and asked for the complaint to be investigated. Many community members had also told the Panel that the payments were unsatisfactory. The Panel had previously assured the requesters that they could ask the Panel to register their complaint at any time in the process. Despite this, the Panel declined to register the request.

There are several serious problems with the Panel’s approach in this case – both at the initiation of the pilot process and at the conclusion. The Panel did not ensure that the action plan put forward by the Bank and used as the basis for the pilot was in line with Bank policies. The pilot was deemed a success even though the Bank failed to implement its commitments under the action plan, including that the RAP did not provide the compensation that the Bank had committed to ensure would be made available, and that it did not provide for assistance to help the affected people rebuild their livelihoods. The RAP only provided for financial assistance, instead of adequate compensation, which did not enable affected people secure adequate alternative housing with security of tenure. A community representative told the Lagos State government Attorney General: “With this amount we would look for the poorest part of the state and put up structures there; because for one to live in a habitable place this amount of money you have agreed to offer us is not sufficient”.

Moreover, the pilot process did not address the significant power and information imbalances between the parties in negotiations. The affected people had made clear in November 2013 that their participation in the pilot was conditional upon the disclosure of the draft RAP. However, the RAP was only provided to communities after the negotiations ended and only as a final document. Given the clear weaknesses in the RAP, the Panel should have investigated the complaint, which met all the eligibility criteria for registration under its Bank board-approved mandate. Acceptance by some members of the community of an outcome that is clearly flawed cannot be used to deny an investigation into the Bank’s compliance with its standards when this is requested by other community members.

The Badia East experience prompted Amnesty International and other CSOs to call on the World Bank Board to suspend the pilot and mandate an independent investigation on the Panel’s handling of this request.

The pilot policy, as designed and applied to Badia East, does not offset the power imbalance communities’ face in dealing with World Bank management and borrowers. It can block investigation of eligible complaints. If the pilot is not suspended and if the Panel continues to apply it, the incentive for Bank’s management and borrowers to comply with Bank’s safeguard policies may be reduced. Further reforms are required to ensure that efforts to achieve early solutions for affected communities do not undermine the Panel’s core mandate to ensure the Bank’s compliance with its policies.