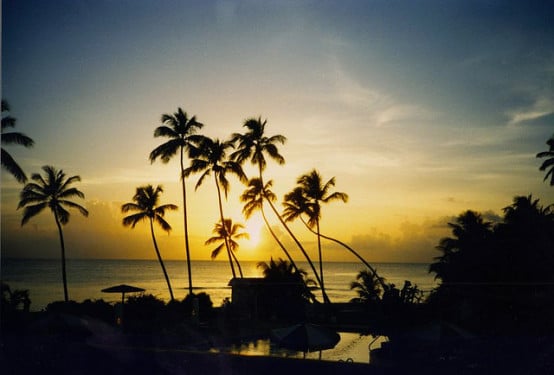 This week, the Green Climate Fund (GCF) gathers in Barbados for the eighth meeting since its inception. Established in 2010 under the UN Framework Convention on Climate Change (UNFCCC) as the primary vehicle to deliver much needed climate finance, the GCF still has a number of issues to resolve until it becomes fully operational. Slow in motion, the fund received a much needed boost with some pledges during the September climate summit organised by UN Secretary-General Ban Ki-Moon.

As the new financial structure for climate action rises, another funding mechanism is due to sunset. The World Bank-hosted Climate Investments Funds (CIFs) were set up in 2008 in the shadow of the ongoing UNFCCC process as an interim measure to provide new and additional climate finance to pilot “transformational” actions in selected developing countries. Led by developed countries and implemented by multilateral development banks (MDBs), four funds were set up: the Clean Technology Fund (CTF), the Pilot Program for Climate Resilience (PPCR), the Forest Investment Program (FIP) and the Scaling up Renewable Energy Program for Low Income Countries (SREP). The CIFs were quickly criticised by civil society groups as undemocratic and unaccountable, potentially undermining the official UN process. The leading role of the World Bank, tarnished by its reputation on many fronts, including for its funding of fossil fuels, also created a widespread mistrust of the funds. A few years down the line, civil society has complained about lack of consultation, misguided projects, and a heavy private sector focus. In Indonesia, for example, civil society groups have repeatedly raised concerns about the CIFs, such as lack of consultation on the FIP country investment plan and the risk of deforestation linked to CTF geothermal projects, but with little impact. With CIF-funded projects ranging anything from energy efficient fans in India to airport development in the Caribbean, CIF donors have also repeatedly raised questions on the legitimacy of projects for CIF funding , but few projects have gone back to the drawing board, let alone been stopped.

Many have therefore been waiting for the implementation of the CIFs’ “sunset clause,” which means that the funds will be wrapped up as soon as a new international financial architecture comes into effect. With the GCF on the verge of becoming operational, this time has nearly arrived, and it is important that it does not repeat mistakes made by other funds, such as the CIFs. It is therefore timely that the much delayed CIF evaluation was finally released in June.

Two years in the making, the final version is less critical than earlier versions, but nevertheless contains a number of important observations. As an example, the evaluation criticised the CIFs’ promotion of its ability to “leverage” other funds, calling it misleading and asking the CIFs for a more “realistic understanding” on what additional funds it has actually mobilised as a consequence of its investment. Ultimately it asked the CIFs “to discontinue the use of the term.” The evaluation also questioned references to “transformative” impact, finding that the theory of change is often unclear.

Some funds came out worse than others. On FIP, the evaluation found that half of investment plans “do not address the drivers of deforestation and forest degradation with the strongest links to the FIP’s transformational impact objectives.” SREP was weak when it came to involvement of women in the initial country consultations. More importantly, the evaluation found that the CIFs “have not devised a way to explicitly manage the trade-offs between climate and broader development benefits”—including the removal of development benefit indicators from the core national and programme performance indicators for CTF and SREP—in an effort to “simplify” the results framework. Moreover, according to the evaluation “only 43 percent of CTF projects reviewed identified an explicit poverty-related impact.” This is despite the fact that poverty reduction is at the core of both the MDBs and the CIFs stated objectives.

While the CIFs have no doubt taken stakeholder engagement more seriously than the GCF, which only has two civil society representatives and leaves indigenous peoples with none, this area was still criticised in the evaluation, particularly at a country level. On  a positive note a review is ongoing on how to improve this. Less promising is the CIF management’s response, which responded that limitations must be put on “how much can be expected … to ensure effective stakeholder engagement in decision making.”

The question remains how the CIFs will address the findings of the evaluation? An action plan was agreed, rehashing some old commitments on gender and stakeholder engagement, but also with some new commitments, most importantly to at long last identify options for the “sunset clause.” But perhaps more tellingly, as the evaluation was launched, so was a glossy CIF five-year “retrospective”. While not entirely uncritical, it portrayed a much more flattering version of events. Moreover, as the CIF meetings closed in June, it was announced that 15 new countries were joining, hardly sending a signal that the funds are ready for closure.

In a world that is rapidly heading towards unstoppable climate change, it is crucial that what we call climate finance is effective, transparent, and prioritises the poorest people. As the evaluation proves, in addition to their troubled inception, the CIFs have failed on many of these points. As the GCF meets to finalise its details and plans, it should raise its game and learn from the CIFs’ mistakes. Meanwhile, the CIFs need to send a strong signal that the time to bow out has finally come.