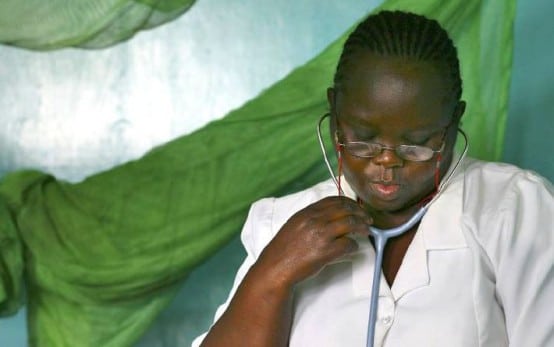 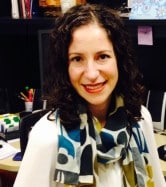 The World Bank Group’s flagship programme in the for-profit health sector, the Health in Africa initiative (HIA), has not been reaching low-income groups despite its stated intentions, according to Oxfam’s September research report, Investing for the few: The IFC’s Health in Africa initiative. Instead, the initiative’s investments have predominantly gone to expensive, high-end urban hospitals offering tertiary care to Africa’s wealthiest citizens and expatriates.

The HIA initiative is a programme of the International Finance Corporation (IFC), the  Bank‘s private sector arm, and provides advice to governments in dealing with the private sector. HIA was launched in 2009 with the aim to “catalyse sustained improvements in access to quality health-related goods and services in Africa [and] financial protection against the impoverishing effects of illness”, with an “emphasis on the underserved.” The intention was to mobilise $1 billion through three mechanisms: direct investments in private health companies, an equity vehicle comprising investments in two private equity funds, and technical assistance to governments.

Consistent with the findings of a 2012 independent mid-term evaluation by Brad Herbert Associates that raised significant concerns, Oxfam’s report found that the initiative failed to meet its stated intention of reaching poor and underserved populations.  Specifically, the initiative’s design did not put rigorous thought into how to reach poor people effectively via the private sector; it did not succeed in directing investments for the benefit of poor people; and, surprisingly, it failed to measure in a meaningful way whether poor populations were being reached.  Furthermore, it appears that gender equity was not considered, either in the design of the programme or in its attempt to monitor outcomes.

Oxfam found that the majority of these investments catered to wealthy populations, were unaffordable for the majority of Africans, and did not expand access to health care

While parts of HIA cannot be analysed because of a lack of transparency about the IFC’s investments through financial intermediaries (in this case, private equity funds), Oxfam’s research examined all publicly available loans made through the initiative, and any public information about its private equity investments. It found that the majority of these investments catered to wealthy populations, were unaffordable for the majority of Africans, and did not expand access to health care.

Many investments have supported companies explicitly aiming to serve wealthy or elite groups. For example, an IFC loan of $1.5m is planned for Clinique La Providence in Chad  to make available ‘healthcare services for which Chadians are currently travelling abroad.’ Another investment was made via a private equity fund for an in vitro fertilisation (IVF) centre in Nigeria, aiming to ‘provide world class infertility treatments’ in a country that bears 14 per cent of the global maternal mortality burden – the clinic charges over $4,600 for one cycle of IVF.

Maternity services at Kenya’s Nairobi Women’s Hospital, which also received an investment from one of the private equity funds, are unaffordable for the average Kenyan woman. Even the most basic maternity package at this private hospital would cost three to six months’ wages. In Tanzania, HIA invested in a private health insurance provider, Strategis Insurance, despite the fact that the company had just 30,000 members, or 0.06 percent of the population. It is unsurprising then, that the report also found that HIA failed to expand access to health care.

The HIA initiative’s failure to track the impact of its investments on the poor is troubling. The IFC’s own baseline monitoring indicators did not track the demographics of beneficiaries. One of the private equity funds, the Africa Health Fund, did make an attempt to target investments to the “base of the pyramid” by incentivising companies to reach lower income groups. However, the target income thresholds used to define those at the base of the pyramid are meaningless – in some cases they include anyone earning $3,000 or less. According to the IFC’s own estimates, this in effect includes all but the top five percent of earners in sub-Saharan Africa. Even the lowest target income threshold used – $1,000 per person – would include more than 70 percent of the population in most African countries.

The original completion date of the HIA initiative seems to have been extended without a clear time frame.  Originally a final review of the five-year initiative was planned for 2014 which would have allowed open debate about the outcomes and impact of the initiative. It is unclear if or when the review will happen.

As the World Bank Group moves to a more unified strategy and approach across the whole of the institution with a clear focus on eliminating poverty and promoting “shared prosperity,” the performance of the IFC’s investments in health will be a test of the restructure’s ability to ensure development impact in IFC investments.  The IFC’s research and advisory services appear to be transitioning into closer alignment with the World Bank’s work, however it is not clear if this will be the case for its financial investments which may remain separately managed and tracked.

Oxfam has called on the World Bank Group to refrain from making any new HIA investments until a robust, transparent and accountable framework is put in place to ensure that such investments are pro-poor and focus on unmet need; to cease IFC investments via financial intermediaries in the health sector until transparency in these deals can be guaranteed and their pro-poor impacts demonstrated; and to conduct a full review of the IFC’s operations and impact to date in the health sector in low- and middle-income countries to investigate how they are aligned with, and are accountable to, the overarching goals of the World Bank Group.

To date the Bank has not acted on these recommendations.  We hope the attempt now underway to map an appropriate role for its work with the health private sector will go part of the way to reorienting the IFC’s health investments toward the goals of ending poverty and reducing inequality.