Ambition versus change: the role of the World Bank in the international development system

My two big worries about the World Bank, Nancy Birdsall 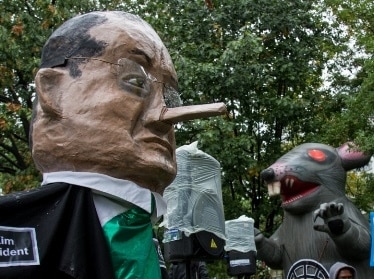 The World Bank has embarked on a staffing reorganisation to the displeasure of many of its employees. The changes follow Bank president Jim Yong Kim’s 2013-2014 restructure of the Bank into 14 global practices (GPs) and five cross-cutting areas and has added ammunition to widespread staff discontent over the fallout from Kim’s strategy (see Bulletin Nov 2014, May 2014).

In October a recruitment freeze was announced, accompanied by $400 million in administrative cuts, requiring 500 operational job losses over three years. The first round of staff departures, from ‘back office’ functions, began in late January, according to Paul Cadario, retired Bank senior manager now at the Munk School of Global Affairs, University of Toronto.

Following the announced staffing cuts, World Bank managing director Sri Mulyani Indrawati revealed in a leaked October 2014 email that the Bank will recruit 290 technical staff and allocate $20 million “to increase resources for country engagement”. In an anonymous October 2014 email to news site Devex, one employee said Indrawati’s job announcement showed “a complete lack of professionalism and coherence”, viewing the new jobs announcement as “a reaction to staff complaints regarding the institution’s hiring freeze”.

Earlier, our programmes came from the bottom up and channelled to Washington. It's been flipped over. Now, Washington will decide what your problems are. It is a colonial mindset.Anonymous World Bank staffer

Cadario commented to Devex in October that the amount isn’t “very much” when spread across the Bank’s new 14 GPs and five cross-cutting areas. Cadario said that it remained to be seen “who gets [the $20 million funding] and how long it will take to get to the hands of people doing the work”. Even now, he observed in January, “most say that, as might be expected, managers are getting used to the new way the GPs are supposed to work and plans to put in place the the ‘best teams’ from across the Bank are moving very slowly”.

The staffing announcements have added to the widespread discontent expressed publicly by Bank staff (see Bulletin Nov 2014, May 2014, Nov 2013). In December 2014, the Guardian reported growing anger amongst staff over a “climate of fear” about speaking out. Kim responded to staff concerns by holding town hall meetings so that “people feel that they’re being heard”. However, according to Devex, the Bank has delayed its annual staff survey, provoking speculation from staff, including whistleblower Fabrice  Houdart, about whether management was “discouraged” from carrying out the survey by “staff discontent”. The Bank conducted an institution-wide employee engagement survey in 2013 (see Observer Spring 2014), which included a finding that just 42 per cent of staff had “a good understanding” of the direction in which senior management was leading them, prompting a commitment from Kim to “conduct annual surveys from this point forward”. However in late December Bank human resources manager Rachel McColgan told Devex that the 2014 survey had been “delayed for a number of reasons” and that Bank leaders plan to “share more news … in January”. No further update has been published.

“Washington will decide what your problems are”

Kim insisted in an October 2014 press release that his reforms will enable the Bank to “be the best in the world at collecting and sharing development knowledge for the benefit of all our clients”. To this end the Bank launched a new website in September – ‘the president’s delivery unit’ – to “track progress on 12 targets aimed at increasing the Bank Group’s development impact”. However, in November 2014 the Financial Times concluded that “the result [of the restructure] so far is more centralisation,” and that the Bank risked “sliding into irrelevance”. Indian newspaper, the Economic Times quoted a Bank country expert in early December as saying: “Earlier, our programmes came from the bottom up and channelled to Washington. It’s been flipped over. Now, Washington will decide what your problems are. It is a colonial mindset.”

Commentators have questioned whether Kim can achieve his vision given the decline in the Bank’s income and therefore lending capacity relative to newer investors, such as China. Nancy Birdsall of US think tank Centre for Global Development wrote in a November blog of “the growing gap between what the world needs from the Bank and what the Bank has the remit to do.” Kim believes the Bank’s “reorganisation and focus on innovation has made us more fit for purpose”. During the Bank’s response last year to the Ebola outbreak, his role was heavily praised. However the Economist newspaper described the Ebola response as “yet another distraction” in November, reporting “one of [Kim’s] closest lieutenants caricaturing him as: “last year he was Mr Climate Change, now he is Mr Ebola.”

Ambition versus change: the role of the World Bank in the international development system

My two big worries about the World Bank, Nancy Birdsall