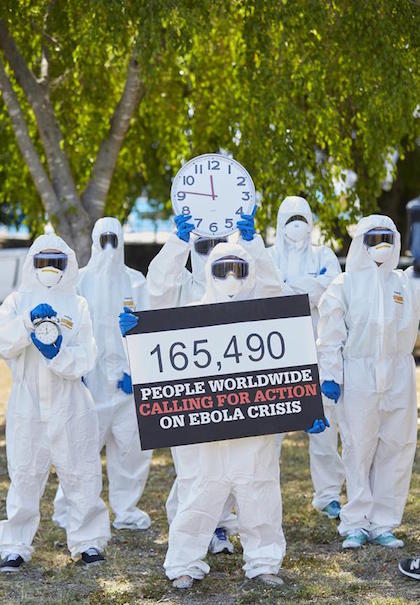 In February, six months after a G20 leaders’ statement urged the World Bank and IMF to make resources available to countries impacted by the Ebola outbreak, both institutions announced new facilities to support countries hit by public health disasters.

The Fund has been heavily criticised for its historic role in contributing to the poor state of Liberia, Guinea and Sierra Leone’s health services (see Observer Winter 2015). In February, IMF directors approved the transformation of the Post-Catastrophe Debt Relief (PCDR) trust into a Catastrophe Containment and Relief (CCR) trust. The new trust will have two windows: debt relief assistance for countries affected by natural disasters; and financing for countries hit by public health disasters. The IMF will use CCR resources to provide grants as a supplement to conventional loan support; these grants would be used to pay off future debt service payments. In line with the PCDR trust, eligibility will be limited to the poorest and most vulnerable Poverty Reduction and Growth Trust (PRGT) eligible countries.

The IMF announced $100 million in debt relief through the CCR trust alongside $160 million in new loans for Guinea, Liberia and Sierra Leone. However, UK NGO Jubilee Debt Campaign (JDC) calculated that the overall debt of Ebola affected countries will increase from $410 to $620 million over the next three years, while a $9 billion surplus the IMF has built up over the last three years remains unspent. Civil society voices have been calling for a swift response since the Ebola outbreak began, one that includes an international process of debt forgiveness and grant relief as opposed to an increase in debt since the Ebola outbreak began. Abu Bakarr Kamara of the Budget Accountability Network in Sierra Leone argued that “the devastation caused by Ebola on our health system requires sustained and progressive investment in the health sector for the next five years. Cancelling all Sierra Leone’s debt would contribute greatly to improve our health systems hence contributing towards achieving the Millennium Development Goals.”

Rather than piecemeal schemes following each catastrophe, a comprehensive process is needed to suspend all external debt payments in the wake of huge disasters.Tim Jones, Jubilee Debt Campaign

Tim Jones of JDC commented, “rather than piecemeal schemes following each catastrophe, a comprehensive process is needed to suspend all external debt payments in the wake of huge disasters.”

New support from the World Bank

The World Bank Group is following a similar course of action, from ad-hoc disbursement to developing dedicated facilities to respond to public health emergencies. So far it has provided more than $1 billion to Ebola affected countries: $518 million in the form of International Development Agency (IDA, the Bank’s low-income country grants and concessional loans arm) grants, and at least $450 million in financing from the International Finance Corporation, the Bank’s private sector arm, directed towards promoting trade, investment and employment.

The Bank is currently developing a global Pandemic Emergency Facility (PEF) alongside the World Health Organisation and other United Nations agencies, academics and insurance companies. The financing platform will offer insurance and pledges and be focused on containing outbreaks and limiting human and financial costs. The PEF is expected to cover responses, such as rapid deployment of a “global health corps”; a plan for the purchase, delivery and supply chain of medicines and supplies; and information systems to monitor outbreaks. It will not cover pandemic preparedness or reconstruction efforts or the production of affordable vaccines and immunisations.

According to the Bank, the PEF will be an ‘open platform’ to make financing available “directly to eligible, affected countries or international organisations.” Middle- and low-income countries will be eligible to receive funds “provided they prepare an appropriate disease risk management plan.” The Bank will discuss the PEF at the April spring meetings in Washington.

A March report from US-based NGO Save the Children titled A wake up call: Lessons from Ebola for the world’s health systems’ argued that for the world’s health systems, prevention is better than cure. It finds that whereas the Ebola relief effort cost $4.3 billion, strengthening health systems of affected countries would have cost just $1.58 billion. Carolyn Miles, Save the Children USA, added, “the world woke up to Ebola but now people need to wake up to the scandal of weak health systems, which not only risk new diseases spreading, but also contribute to the deaths of 17,000 children each day from preventable causes like pneumonia and malaria.”