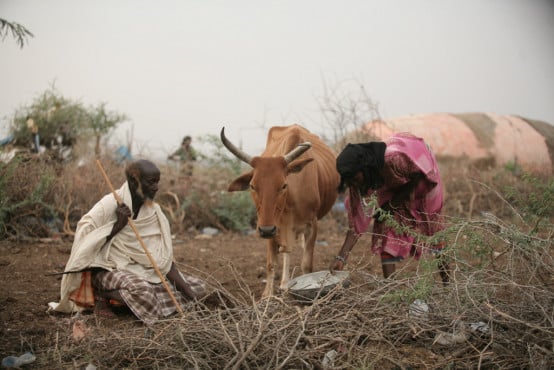 In March, World Bank president Jim Yong Kim admitted publicly what many civil society organisations and communities affected by World Bank-financed projects have long argued (see Update 82), that the Bank’s record on dealing with the resettlement of populations is a “cause …[of] deep concern”.

Reacting to an internal report president Kim noted that “…we haven’t done a good enough job in overseeing projects involving resettlement; … haven’t implemented those plans well enough; and… haven’t put in place strong tracking systems to make sure that our policies were being followed.”

The internal report, completed in mid-2014, was only released after the March closure of the second round of consultations on the Bank’s much-criticised draft environmental and social safeguards (see Observer Winter 2015, Autumn 2014). The review found that governments lacked the funding required to meet Bank requirements and that many countries were unable to set up proper grievance mechanisms as required and that the status of displaced people was unknown for 61 per cent of sampled projects.

The Bank’s operational policy requires it to use the resettlement of populations, when unavoidable, to “make any resettlement activities a sustainable development program, including through project benefit-sharing and meaningful consultation of affected persons; and to assist displaced persons in their efforts to improve, or at least restore, livelihoods and living “. However the internal report revealed  a range of failings during risk assessment and monitoring of project implementation, which made it impossible for the Bank to determine how many of those resettled received compensation or new land.

Helen Tugendhat from UK-based Forest Peoples Programme commented that “It is extraordinary to us that it has taken this long for the Bank to publicly recognise these failures and to admit that not tracking resettlement data is problematic.” The current review is the first comprehensive evaluation of displacement caused by Bank projects in the last 20 years. In November 2014, prior to the release of the report, US-based think tank Brookings Institution noted that in 2010 the Bank’s Independent Evaluation Group’s (IEG) safeguards review had already “publicly faulted World Bank management for not even keeping basic statistics of the number of people displaced and not making such statistics available for evaluation”.  Michael M. Cernea and Elizabeth Ferris from Brookings, highlighted that “[a]stonishingly, the World Bank Senior Management has not taken an interest in producing for itself, as well as for the public, the bodies of data signaled by IEG as missing and indispensable.”

As the Bank lacks access to accurate data, it estimates that about a half million people in active projects have been forced to resettle. A submission by NGOs, including Housing and Land Rights Network and International Accountability Project, extrapolating conservatively from Bank figures, which only count those taking part in publicly disclosed resettlement action, puts the figure at 1 million. The submission notes that in 2008 it was estimated that development displacements numbered about “280-300 million over 20 years or 15 million people annually.” These numbers are likely to grow as mega infrastructure projects are increasingly being pushed as an essential component of development strategies “with some $6-9 trillion annually (8 per cent of global GDP) devoted to mega, giga and tera (million, billion, and trillion) dollar projects” (see Observer Winter 2015).  Bank president Kim claimed, during the launch of the Global Infrastructure Facility (GIF), that developing countries require $1 trillion in infrastructure funding annually (see Bulletin May 2014). In March the Financial Times quoted president Kim as stating that the electricity needs of Africa will require the building of dams and that “dam projects always lead to resettlement”.

While the report was completed in June 2014, cases in which the Bank’s activities have allegedly resulted in involuntary resettlement continue to cause concern, as evidenced by World Bank’s accountability mechanism, the Inspection Panel’s, November 2014 finding that “[m]anagement did not carry out the required full risk analysis, nor were its mitigation measures adequate to manage the concurrent roll-out” of a programme of forced resettlement in Ethiopia (see Observer Winter 2015). The IP also recently concluded that the Bank violated its safeguard policies in Kenya, failing to protect indigenous populations from displacement from their ancestral home (see Bulletin Nov 2014).

In March the Bank produced an Action Plan to address the problems identified in the report, stating that it will improve risk assessment and increase funding for safeguards management. Civil society organisations (CSOs) have expressed dismay that the plan and the internal report were only released after the closure of the most recent round of safeguard consultations and that the plan was developed without consultation with affected community members and CSOs. “The 50 billion dollar question is why did the World Bank sit on these findings until after it closed the consultation period on its new draft safeguards”,  asked David Pred of Inclusive Development International. “The Bank needs to reopen the consultations in light of its stunning admission about the extent to which its current policy has failed to ensure that the rights of impacted communities are safeguarded” added Pred.

In March the US government published its comments on the safeguards review and noted that: “Involuntary resettlement occurs in a significant portion of World Bank-financed projects and is likely to become more prevalent as [it] increases its support for the construction of infrastructure projects …We are very concerned by the recently released reports that outline significant weaknesses in the World Bank’s implementation of its own involuntary resettlement policy.” The document went on to take note of  “Management’s Action Plan and urge[d] Management to consult with a panel of external experts to determine if the Action Plan is sufficiently robust”. Finally, the US noted that “exemptions for ‘land-titling/regularization activities’ and ‘regulation or planning of natural resources or land use on a regional or national level to promote sustainability’ should be deleted.”