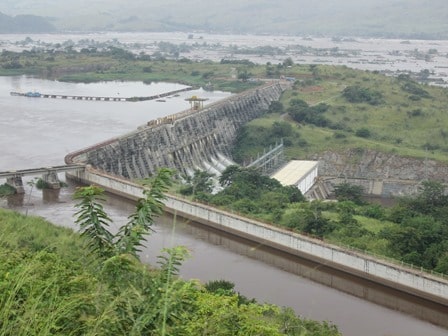 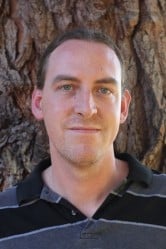 In early February the World Bank launched a report arguing in favour of energy projects benefiting mining companies in Africa as an effective way to deliver electricity to the poor. Entitled Power of the mine: A transformative opportunity for Sub-Saharan Africa, the report proposed a variety of arrangements wherein mining companies and power utilities team up, from mines selling self-supplied power to the grid or by relying on mining companies as “anchor customers” to underpin megaprojects. The report suggested that large hydroelectric projects are well suited to supplying power to mining companies, particularly through public-private partnership arrangements.

The report claimed to illustrate the ‘win-win’ potential of this approach through the example of Cameroon where the Bank is financing construction of the Lom Pangar Dam, the first in a series of hydropower projects designed to expand mining company Rio Tinto’s aluminium smelting operations. Rio Tinto has agreed to sell 600 MW of excess power to the grid by 2030, though it would be premature to call this a success, as crucially this would be predicated on the construction of four new dams and a tripling of smelting operations from current levels.

In fact, Cameroon should serve as a cautionary tale about the perils of mining companies using their clout to secure cheap power. Having negotiated cut-price power rates, the aluminium industry has enjoyed below-cost power that has been heavily subsidised by the Cameroonian public – a situation the Bank’s report cautioned against, and said should be avoided through flexible pricing. Power has long been so cheap that it is cost-effective for Rio Tinto to transport millions of tonnes of bauxite annually from its mines 3,000 km away in Guinea to be processed into aluminium in Cameroon. Meanwhile, aluminium smelting has contributed relatively little to Cameroon’s economy, providing fewer than 600 jobs and limited tax revenues, amounting to no more than 2.8 per cent of total government revenues between 2001 and 2006 before power subsidies are deducted. Moreover, rampant dam construction to power the smelters will entail severe impacts on the Sanaga River. Now, the public is bearing significant risk that is tied to Rio Tinto’s fortunes, as Cameroon has borrowed heavily to finance the Lom Pangar Dam, displacing otherwise potentially productive investments capable of delivering access to the public.

In the Democratic Republic of Congo (DRC), the Bank is backing plans to construct the Inga 3 Dam on the Congo River. Transmission lines would convey 3,800 MW across the country to deliver power to mining companies in eastern DRC, and then onward to South Africa. The remainder – likely to be much less than the estimated 1,000 MW – has been earmarked for consumption in Kinshasa, DRC’s capital. This is on top of the billions the Bank and other financiers have poured into rehabilitation of the existing Inga dams, again for mining companies operating in the east. Despite a combined price tag likely to surpass $15 billion, these projects will do almost nothing to provide access to the 90 per cent of Congolese who have no electricity.

Despite the Bank’s press release hailing the potential “to bring low-cost power to communities”, the report has scant detail on how such arrangements could expand access to the 70 per cent of sub-Saharan Africans who lack electricity, and instead refers largely to electrifying nearby communities. In fact, promises to connect villages located near the vast reservoir created by the Lom Pangar Dam are unlikely ever to be fulfilled, having been deemed too expensive according to internal Bank sources.

For the great majority of Sub-Saharan Africans who live in rural areas, traditional electrification will never be cost-effective. Unfortunately, the much more modest investments in decentralised energy options best placed to deliver access, and energy efficiency options to reduce losses, are overlooked in favour of megaprojects that require vast sums of money and consequently loans. The World Bank’s suggested approach, which amounts to corporate welfare with a veneer of social responsibility, will never deliver on the promise to, as the press release claims, “help turn on the lights across Sub-Saharan Africa.”