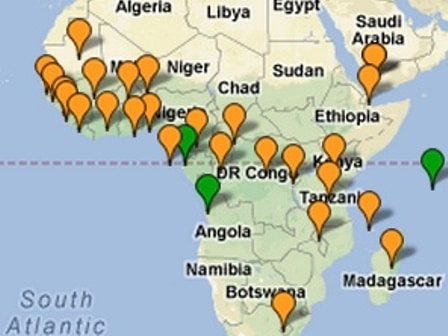 This blog post was first published by the Financial Times‘ beyondbrics blog on 11 May 2015.

Obituaries have been written for the World Bank following the arrival of China’s Asian Infrastructure Investment Bank (AIIB), the implied question being whether the US remains willing and able to lead the global economic governance system. Yet the other Washington-based Bretton Woods institution, the International Monetary Fund, reveals a different story. It appears to be on the verge of a third epoch in which it is set to become indispensable, ushering in the global economic reforms now considered necessary in the ‘new mediocre’.

Attention has focused on whether the Bretton Woods institutions and US global leadership are in decline. The World Bank’s risk of irrelevance, which the FT warned of in an editorial, has been heightened since the AIIB attracted some of Washington’s staunchest allies. But this has masked an equally profound evolution occurring next door. The IMF has emerged strengthened from the global financial crisis, and the AIIB debate has obscured the Fund’s ambition to be the standard-bearer of a ‘new multilateralism’.

Larry Summers makes a typical case for the consequences of the dysfunctional US governance elite’s failure to incorporate China’s growing economic relevance by linking the AIIB to IMF reform deadlock. The World Bank is tethered by “pervasive restrictions on infrastructure projects”, unlike its new rivals. More fundamentally, the Republican-led Congress persists in blocking already-agreed IMF governance reforms which would “come closer to giving countries such as China and India a share of IMF votes commensurate with their new economic heft”. But this fin de siècle posture is overdone.

Quite apart from whether the Chinese are demonstrating weakness rather than strength by involving US allies, as Alan Beattie argued here in March, the fates of the Bank and the Fund are not bound together. They do not provide such a neat proxy of US decline. While the World Bank struggles to redefine its role and pre-eminence, the IMF looks forward. The blocked governance reform at the IMF, blocked by a domestically-focused Congress, leaves the US’s veto over the IMF and its de facto leadership untouched. Though there is little prospect of a breakthrough in the foreseeable future, the Fund has not plunged into the same crisis of legitimacy as the Bank, though the Fund’s own leadership describes the reform as fundamental to its efficacy and legitimacy.

Since its institutional recovery in 2010, the IMF has come to the fore on policy questions traditionally considered beyond its competence and mandate. The Fund has also augmented its core roles. It signed over 35 new agreements in that time while playing a huge part in the response to the eurozone crisis; far from irrelevant. Its surveillance now encompasses deep intrusion into domestic financial sectors, and pronouncements via its regular Spillovers analyses examine systemic countries and regions’ impacts on each other and upon global stability. By building on this, the Fund has also been reinventing itself as a fulcrum of debate on the role of women in the economy, the economic challenge of inequality, urgent energy policy reform for climate change mitigation and fiscal sustainability, and even how to confront pandemics to avoid economic contagion.

The significance of the IMF’s mission creep is revealed by a phrase from the latest communiqué of its governing committee, the IMFC. It calls on the IMF to embrace “a new multilateralism for a sustainable future”. This sets out how the IMF’s core role is evolving to sustain the global economy. Summers reveals the epochal nature of these changes; moving from the present system which “places the onus of adjustment on ‘borrowing’ countries” in favour of “a symmetric system, with pressure also placed on ‘surplus’ countries”. Unlike the World Bank’s many imitators, there is currently no feasible alternative to the Fund (as I wrote for beyondbrics last year). The IMF also provides global public goods such as substantial technical assistance and massively enhanced surveillance that are not easily replicated. The IMF’s envisaged governance reforms are timid. Fund decisions will remain a stitch-up between the richest countries, and perhaps it is this quality above all others which guarantees its future.

This year is widely-regarded as the year that will determine the next generation’s economic, development and climate goals, through the UN’s Financing for Development summit in July, Sustainable Development Goals summit in September, and the Climate Change Conference (COP21) in December. At their semi-annual summit last month, the IMFC challenged the Fund to “build a new global framework for sustainable development through 2030 and beyond”. The Fund must address “macro-financial resilience, increase revenue mobilization, help tackle infrastructure gaps, enhance capacity building, and promote inclusive growth”, while building on its work on gender, inequality, health and even fragile states. So much for UN conferences. Just as the IMF found a new role after the Nixon shock ended the Bretton Woods System, a new era for the Fund may be upon us. But few seem to have noticed.